Where to Stream The Assistant? 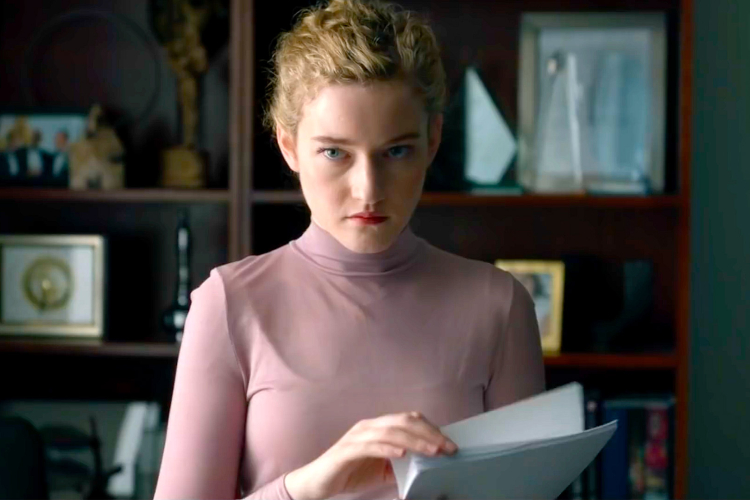 ‘The Assistant’ is an American drama starring the budding talent, Julia Garner. The film industry has been extremely patriarchal for a long time, as the #MeToo movement has exposed. Even if the abuse is not as directly meted out, as in the case of disgraced mogul Harvey Weinstein, the systematic abusive practices are hard to ignore.

The premise follows a young female graduate who joins a production company and gradually begins to understand the shady practices and behaviors in use. The film debuted at the Telluride Film Festival, and you might be curious about where to stream ‘The Assistant.’ We have you covered, but first, let us walk you through the plot.

What is The Assistant About?

The story is centered around Jane, a recent graduate who aspires to be a film producer. She lands a dream job as an assistant to a robust business mogul. She spends most of her day going about her duties of making coffee, taking messages, arranging travel accommodations, and ordering lunch.

However, over time, Jane grows aware of the abuse that is present in her workday and the insidious way in which power structures work. When she is subjected to degradations, Jane’s resentment accumulates, and she finally decides to take a stand. The film is a dramatic telling of a woman’s attempt to dismantle an oppressive structure.

Is The Assistant on Netflix?

Netflix has a fantastic collection of movies and shows that are aimed at pleasing audiences with varied tastes. Unfortunately, ‘The Assistant’ is not on the platform, but you can check out ‘The Perks of Being a Wallflower,’ which is a beautiful coming of age story. Moreover, it tackles the realization of abuse in one’s life and how it shapes an individual’s behavior.

Is The Assistant on Hulu?

Hulu stays ahead of other streamers by making smart additions to its content library. While ‘The Assistant’ is not on the platform, you can check out ‘Portrait of a Lady on Fire,’ which is a recent and fantastic addition to the streamer’s roster of movies.

Is The Assistant on Amazon Prime?

Amazon Prime can perhaps compete with Netflix when it comes to sourcing content from around the world. Despite the platform’s impressive list of films and television shows, Prime subscribers cannot stream ‘The Assistant.’ Instead, one has to buy and stream the movie. Check it out here.

Can I Stream The Assistant Online?

No subscriptions to the significant streamers? No worries. You can still stream ‘The Assistant’ online using VOD services. Head over to Vudu or FandangoNow, to rent or buy the movie. You can get the SD and HD variants.

Where Can I Stream The Assistant For Free?

Unfortunately, there is no way to stream ‘The Assistant’ for free at the moment. You have to wait until it arrives on a platform with a trial period. However, we’d like to urge our readers to pay for all the art you consume.

Read More: Where to Stream Bombshell?