Is The Baby-Sitter’s Club a True Story? 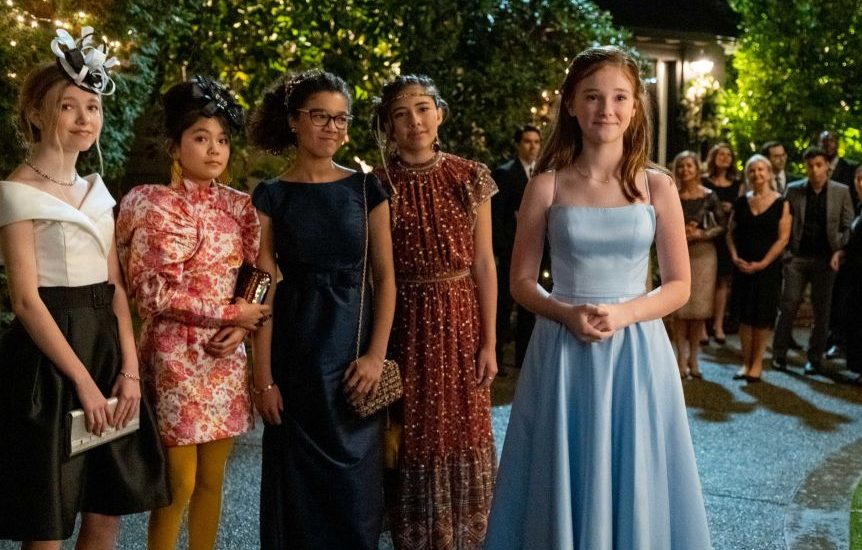 Netflix’s ‘The Baby-Sitter’s Club’ follows the story of a group of young girls who decide to launch a babysitting business when they see a dearth of good babysitters in their community. Their unique skills turn their collaboration into a huge success, but the story is more than just about their club. Over the episodes, we see all the girls struggling with one issue or another. The show deals with the themes that hit close to home, while also presenting an inspirational bunch of strong, independent, and driven women. As feasible as the idea of a babysitting business seems, the show also makes us wonder if someone is already practicing it in real life. Is ‘The Baby-Sitters Club’ based on real people? Let’s find out.

Is The Baby-Sitters Club based on a true story?

No, ‘The Baby-Sitters Club’ is not based on a true story. It is based on the book series of the same name by Ann M. Martin. One of the most popular titles in the kids and preteen section, the series has had over 213 novels published, out of which 60-80 are penned by Martin, while ghostwriters were employed for the rest.

The idea to create such a story first came to Jean Feiwel, who had been working as an editor at Scholastic at that time. She was surprised by the popularity of another novel called ‘Ginny’s Babysitting Job’, and suggested Martin write the stories to tap into that market. It started as a four-book series where Martin came up with the characters and the storylines, but after its success, more sequels were subsequently ordered.

For the story itself, Martin didn’t have to look very far. She had wanted to become a teacher due to her love for children and studied early-childhood education and child psychology in college. She was also influenced by the strong female figures around her, which is how she wanted her protagonists to be portrayed. Her experience as a teacher allowed her to slip into the mindset of preteens and focus on their diverse strengths as well as problems.

For the four original characters, she looked towards her own friendships and how they had shaped her life. She based the character of Kristy Thomas on her best friend, Beth. Remembering their time in school, she found that Kristy was the kind of person who always wanted some initiative and if there was someone likely to start a club, it would be her. Another friend by the name of Claudia Werner gave her name to Claudia Kisi, a Japanese-American character who became very popular amongst Asian-American readers who felt close to her due to her representation in the time when their community wasn’t getting their due. As for the town of Stoneybrook, Martin drew inspiration from her hometown Princeton, New Jersey.

While creating all these characters and building their stories, the one thing that Martin always kept in mind was to bring the theme of the story front and center. Throughout the series, issues like divorce, mental and physical disorders, prejudice, disease, and death have appeared in several forms. Young readers, back then and still, identify themselves in these stories which is what makes ‘The Baby-Sitter’s Club’ such a success.