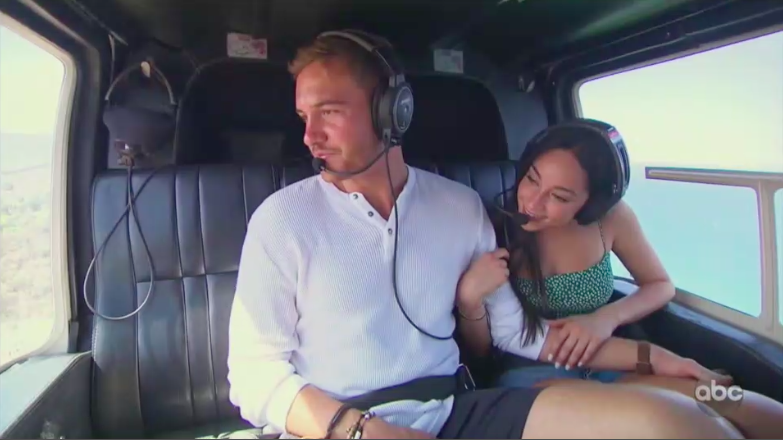 Hello, Bachelor fans! Welcome to the last weekly preview of The Bachelor. The drama-packed 24th season is finally drawing to a close and this week, we saw one of the awkwardest fantasy suite dates ever. More on that later. As of now, you must be anxious to know what the final week holds for the three remaining ladies and who will be finally able to secure a permanent spot in Pilot Weber’s heart. Well, read on to know everything about ‘The Bachelor’ season 24 episode 10.

When is The Bachelor Season 24 Episode 10 Release Date?

The Bachelor season 24 episode 10 will release on Monday, March 2, 2020, at 8 pm ET/ 7 pm CT on ABC. The finale will be immediately followed by the Women Tell All special episode.

Where to Watch The Bachelor Season 24 Episode 10 Online?

You can watch the latest episodes of The Bachelor by tuning in to ABC at the above-mentioned time slot if you have a cable subscription for the channel. You can also watch The Bachelor season 24 episode 10 online on the official ABC website or the ABC app.

We already know that the ninth episode ends on a cliffhanger with Madison walking away when Peter admits he had been intimate with the other women. But does she return during the final rose ceremony? Well, she does! She even accepts Peter’s rose — although a bit reluctantly. And it’s Victoria F who gets eliminated.

So, the final two women left toward the end are Hannah Ann and Madison. And from what we know so far, this season does not end on the regular note — where the bachelor chooses one woman and dumps the other. Something else happens! Well, tune in next week and you will get your answer.

On another note, according to sources, Kelsey will be the one going forward for the next season of The Bachelorette. Bachelor Nation fans, we guess, the drama has just begun!

Episode 9 starts off right after the conclusion of episode 8, where Madison pulls Peter aside amidst the ongoing rose ceremony to convey her beliefs about her faith. She admits that if Peter sleeps with any of the other women, it would be almost impossible for her to move ahead with him. Peter is conflicted as this would be unfair to the other two women — namely Victoria F and Hannah Ann.

The crew then heads to Australia for the Fantasy Suite week. The three ladies land in an awkward spot when they are put together in the same room. Anyways, the first one-on-one is with Hannah Ann and the two go off on a jet skiing date on the Gold Coast. The duo spends great time together. They then have dinner together where Peter raises a toast and states that he feels really good about both of them. Next, the couple enters the fantasy suite, which houses a hot tub, dessert, and champagne.

The second date is with Victoria F. and they get inside a helicopter to air-explore the Gold Coast. They spend a few cozy moments by a waterfall while sharing champagne. During the dinner date, Victoria tells that they should be able to communicate more. They finally enter the fantasy suite and Victoria is so grateful that she starts crying.

Finally, we have the much-awaited date between Peter and Madison. They go to a building and ascend 77 floors up. The view is simply beautiful and Madison feels safe with Peter. They next head to dinner where Madison again reiterates that she would not be able to say ‘yes’ to the engagement proposal if Peter had slept with the other women.

Peter decides to be honest and admits that he had indeed been intimate with the ladies apart from her. Hearing this, a heartbroken Madison chokes up and asks to be excused. Outside, he sees Maddie crying and hugs her tight and kisses her on her forehead. And yet, she walks away from him.

Read More: Are Colton and Cassie Still Together?