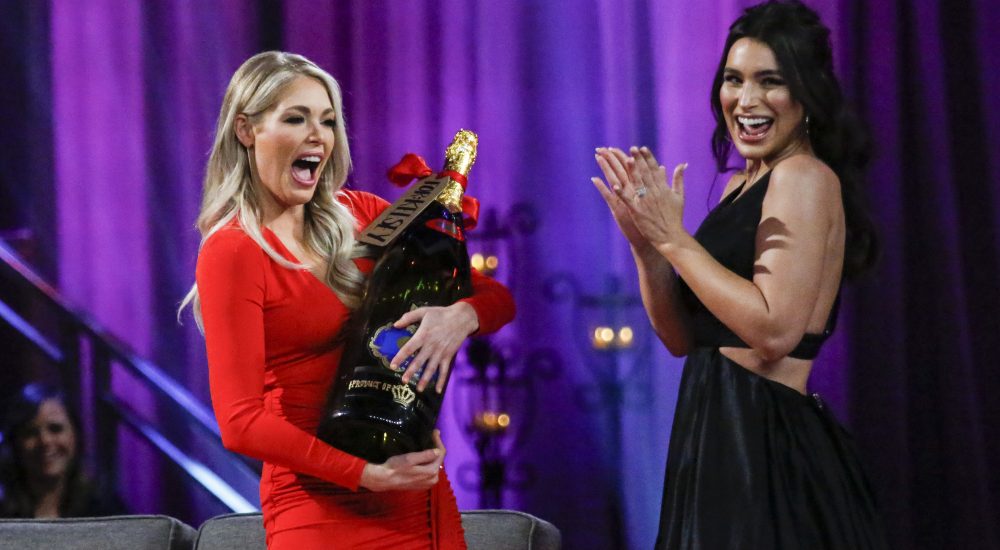 10 episodes in and the 24th season of The Bachelor has been one rollercoaster of a ride for our always indecisive yet adorable singleton Peter Weber. Last week, we left off when Peter had a heart-to-heart conversation with Madison as she revealed her vow of chastity. But after learning about Peter’s physical intimacy with the other two women, a heartbroken Madison leaves the dejected pilot to sort out his emotions. So, does she return for the penultimate rose ceremony this week? Find out in our brief recap below.

Now, with only two more episodes remaining to wind up this season, let’s concentrate on the show’s future. Read on to know everything about ‘The Bachelor’ season 24 episode 11.

When is The Bachelor Season 24 Episode 11 Release Date?

Where to Watch The Bachelor Season 24 Episode 11 Online?

You can watch the latest episodes of The Bachelor by tuning in to ABC at the above-mentioned time slot if you have a cable subscription for the channel. You can also watch The Bachelor season 24 episode 11 online on the official ABC website or the ABC app.

We already know who are the final two women vying for Peter’s heart: Hannah Ann and Madison. And in the two-part finale that will air across two nights next week, we will witness “one of the most unexpected and complicated endings we have ever seen” — according to host Chris Harrison. Yes, season 24 of The Bachelor does not have a normal ending — i.e Peter does not choose one and dump the other.

What we do know is, Peter’s mom Barbara will have a conversation with Hannah Ann, with the latter reaching her breaking point. Madison is still unsure how she will get ahead in her journey with Peter after all the confusion. Peter offers his apologies to one of the women (we don’t know who yet) and receives a bad bit of news on Proposal Day.

Episode 10, titled ‘The Women Tell-All’ begins with the week’s rose ceremony, where Victoria F and Hannah Ann are waiting for Peter to declare his decision. Madison is still not here and while the other two ladies stand on the platform, she decides to make her grand entry. She says: “I was falling in love with him. And then last night happened, and now I don’t really know.”

Peter is definitely relieved and decides to start the ceremony by giving the first rose to Hannah. And well, the second rose goes to Madi!! Well, surprise! She even accepts it; though a tad reluctantly. So, Victoria goes back home.

Next, the actual tell-all part begins. Lexi and Sydney start off by blaming Alayah for spreading rumors and Savannah tagging Victoria P. as fake. In fact, everyone is yelling at everyone. No surprises here. We also get the women’s views on the champagne fiasco, with Kelsey admitting that she overreacted. Tammy is questioned about her accusing Kelsey of popping pills, to which the former apologizes and says: “I’m sorry, but we are all swapping saliva with the same guy.”

We additionally get to hear the reasoning behind Tammy and Mykenna’s rivalry. Finally, Peter takes his seat on-stage and the women address their grievances with him. Toward the end, former ‘Bachelorette’ Rachel Lindsey joins the women to address some issues related to online harassment. THE END!

Read more: Where Was The Bachelor Season 24 Filmed?