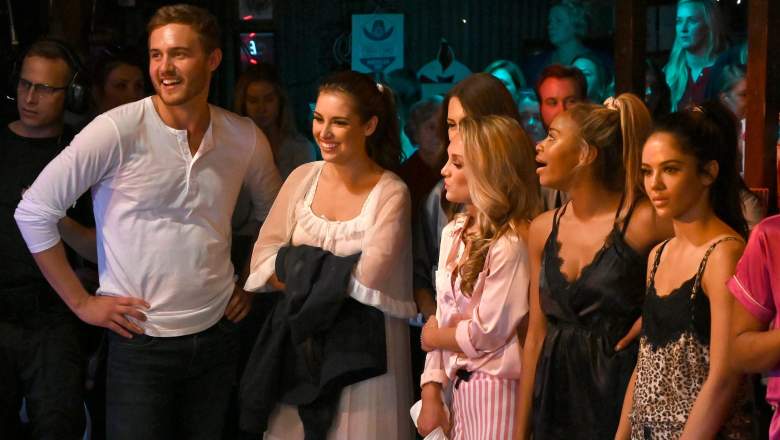 This week had been exhausting, not to mention shocking, for fans of ‘The Bachelor’. After a weekly, five-hour dose of roses, trips, dates, and drama, we have some twisted results. On Monday, we saw that among the bunch, only 10 ladies stay back in the who-will-get-the-groom contest. And after Wednesday, we are left with only six women vying for Peter’s heart!

Well, for those who are done with the two episodes from this week, here’s the thing. More of ‘The Bachelor’ will unfurl in the upcoming week. Read on to know everything about ‘The Bachelor’ season 24 episode 7.

When is The Bachelor Season 24 Episode 7 Release Date?

Yes, the show is falling back to its original schedule of airing one episode every week on Monday — following the special bonus episode that aired on Wednesday, February 5, 2020. If there are any surprise twists yet again in the schedule, keep a lookout for our weekly coverage of ‘The Bachelor’.

Where to Watch The Bachelor Season 24 Episode 7 Online?

You can watch the latest episodes of The Bachelor by tuning in to ABC at the above-mentioned time slot if you have a cable subscription for the channel. You can also watch The Bachelor season 24 episode 7 online on the official ABC website or the ABC app.

Well, first thing first. Without revealing too much about who will go home next week, let’s tell you this. The final four ladies to stay in the show will be Hannah Ann Sluss, Madison Prewett, Victoria Fuller, and Kelsey Weier. So that puts someone on the rejection bus in episode 7. You can guess it though — just read our recap to know who has managed to stay on and who will go next.

Episode 6 is set in Chile, which promises a lot of hot, spicy action. The bachelor and his team of ladies stay at Marriott’s Renaissance Santiago and begin their trip over a round of margaritas. And well, Mykenna starts crying and Hannah Ann gets the first one-on-one date with Peter. Their date is simple and just involves the two roaming around and getting to know the city. She also gets a date rose.

The group date is for Sydney, Natasha, Kelsey, Victoria P., Madison, Tammy, Kelley, and Mykenna and this event calls for a telenovela session. The ladies are assigned various roles and they play along. Later, in the group date cocktail party, there’s a feud between Peter and Victoria P, with the former saying, “I don’t know if I see you as my wife. I’m so sorry.” A dejected Victoria leaves the hotel.

Meanwhile, Tammy criticizes Mykenna, saying that the latter lives in a fantasy world and always puts on a show before Peter. In another scene, Madison and Peter are busy making out, and naturally, she gets a date rose. The following morning, Peter has another date with Victoria F at El Peñasco de Santa Sylvia ranch.

The next day, there’s a weird date card. It reads: “Mkyenna and Tammy, meet me at the cocktail party before everyone else arrives. Enough is enough.” When they meet Peter, the bachelor asks them to sort out their tiff and put an end to the drama. Toward the end, Peter decides that it is Tammy who should go back home.

Ultimately, there’s the cocktail party and it’s relatively peaceful. In the Rose Ceremony, Kelsey, Natasha, Kelley, Victoria F., and Hannah Ann land in the Circle of Safety. Yes, on a surprising note, although Peter chose Mykenna just a few hours back, he did it to only dump her later. Another lady to join the reject list is Sydney.