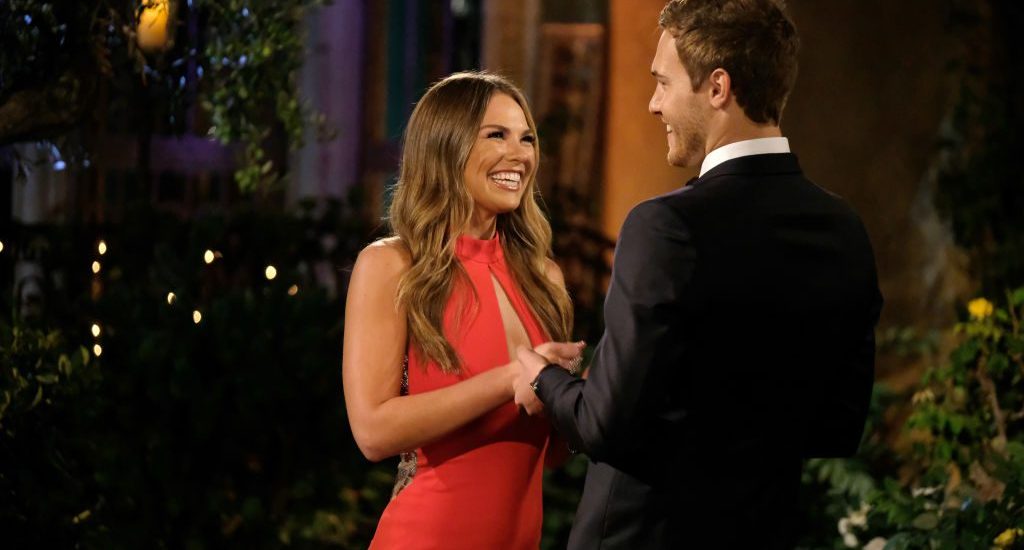 After the marathon five-hour dose of ‘The Bachelor’ last week, we are back this week with our recap session of the latest episode and some spoilers for the upcoming shenanigans set to unfurl next Monday. In the seventh episode that aired on February 10, 2020, Peter sealed the fates of the remaining six ladies and brought down his harem to the last four. We will get to that later.

Now, for fans who are still recovering from whatever ensued in episode 7, let us remind you that more of ‘The Bachelor’ is left to unfold in the upcoming week. Read on to know everything about ‘The Bachelor’ season 24 episode 8.

When is The Bachelor Season 24 Episode 8 Release Date?

From this week onward, the show has resumed its schedule of airing one hourly episode every Monday. If there are any surprise twists yet again in the timeline, keep a lookout for our weekly coverage of ‘The Bachelor’.

Where to Watch The Bachelor Season 24 Episode 8 Online?

You can watch the latest episodes of The Bachelor by tuning in to ABC at the above-mentioned time slot if you have a cable subscription for the channel. You can also watch The Bachelor season 24 episode 8 online on the official ABC website or the ABC app.

Episode 8 will be about the final hometown visits.

Here’s to hometowns! 🥂 We’ll see you next week on #TheBachelor! pic.twitter.com/8NyKarx64W

Victoria F continues to be a mess even during this journey and Madison seems to have been keeping a lot of secrets from Peter.

According to sources, Madison will take Peter to her college campus in Auburn. When he meets her family, it seems he is unsuccessful in getting the blessings of her parents in the beginning.

Spoiler alert! We have also heard that post the hometowns, Kelsey will be the first to leave the show. And then, this will be followed by …….. in the succeeding week. We won’t reveal who here. Catch our preview for episode 9 next week and you will get your answer! Until then, mark your calendars for episode 8 that will be hitting tv screens next Monday!

In episode 7, which is set in Peru, Peter begins the day by chatting with his supportive mum Barbara, who advises him to do what his heart asks him to. Well, the first one-on-one date card goes to Madison. The couple spends the day in the quaint village of Pucusana, indulging in activities like fishing and boat rides. Peter really seems to be taken by Madison. He even says that he sees in her a best friend and a lover. And it’s no surprise that she gets a rose.

The next one-on-one date is with Natasha. But although Peter admires her, he admits that he sees her more as a friend. So, well, she does not get a rose and sadly, has to pack her bags and say goodbye. The following day, Peter’s partner is Kesley, with whom he travels to the scenic hills of Pachacamac. The date goes really well and guess what? Kelsey will stay for the next week!

The final three-on-one date is with Victoria F., Hannah Ann, and Kelley. Peter has his individual conversations with each of the women. So who are the ones getting the final two roses? Well, Victoria F. is there. Peter says: “Victoria and I obviously have a really unique relationship. I don’t necessarily look at that as a bad thing.” And the last rose goes to Hannah Ann. Yeah, Kelley goes back home.