The Baker and the Beauty S01 E04: Everything We Know 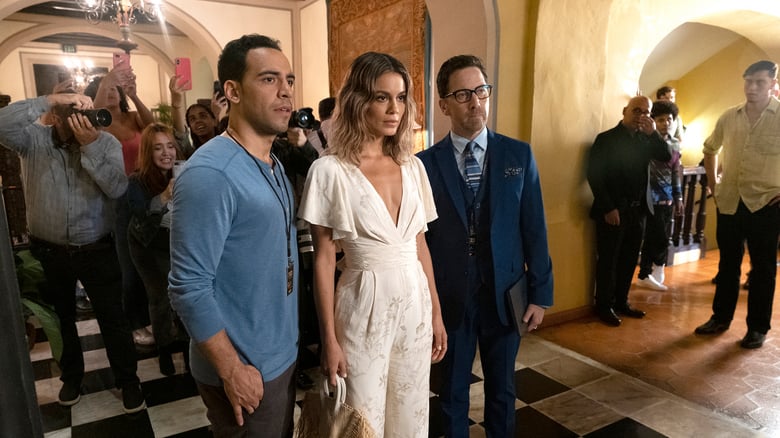 The improbable love story between the local baker and the international supermodel continues in ‘The Baker and the Beauty.’ The series is based on the popular Israeli show of the same name, and going by the first couple of episodes, the remake has captured the best elements of the original.

In the last episode, we see Daniel helping Noa get over the curse of something terrible happening on her birthday. On the contrary, the two spend an enchanting time together. Meanwhile, Vanessa is heartbroken when she realizes her future with Daniel might have evaporated. Daniel’s family has to please a food critic, which becomes a problem when their oven stops working.

Finally, we see Noa invite Daniel to Puerto Rico. Curious to know if their getaway is as magical as it seems? We have the rundown of the recent episode here. We will also provide information about when and where to watch the upcoming installment.

The Baker and the Beauty Episode 4 Release Date: When Will It Premiere?

‘The Baker and the Beauty’ Episode 4 is slated to air on Monday, May 4, 2020, at 10/9c. The upcoming episode is titled “I Think She’s Coming Out.” It is a significant moment in Daniel and Noa’s relationship as she meets his family for the first time.

While they are starstruck by the supermodel, she accidentally reveals a big secret about herself. Moreover, when Vanessa shows up unannounced, she runs into her rival for the first time. We fully expect some drama and humor in the upcoming episode, and you can get a taste of it in the promo below.

”The Baker and the Beauty” is an ABC series. Therefore, you can watch it on television with a cable subscription. In case you don’t have one, head to the ABC site to stream the episodes. Since cord-cutters are on the rise, options have been made available to them as well. You can stream episodes on DirecTV.

The Baker and the Beauty Episode 3 Recap:

The episode starts with Daniel and Noa preparing for their trip to Puerto Rico. The former’s brother and the latter’s manager give them a hard time, saying their adoration for each other gets nauseating. Once on the private plane, Daniel is made to sign an NDA, and Noa’s manager tells him that the two can’t be seen kissing or holding hands.

On the island, Noa gets caught up in work, but she makes time to be with Daniel, including having lunch and enjoying quality moments on a beach. The magical trip is troubled when Noa’s ex shows up to the island. The supermodel is torn between continuing with her career or trying a hand in movies. However, her ex’s interference helps her make up her mind and reject the offer.

The gala in Puerto Rico also hits a snag, but Daniel works wonders with his Cuban friends to ensure everything goes smoothly. Back home, Vanessa helps Mateo land a DJ gig and speaks her mind about Daniel making a mistake with Noa. Natalie appears to like Amy, but things are complicated between the two. Undoubtedly, we will see the repercussions down the line.

For now, Daniel and Noa have been pictured kissing, and the cat seems to be out of the bag. Perhaps, in the next episode, when Noa visits Daniel, the media will be there to capture how their love story goes.