Clint Eastwood in Talks with Disney/Fox for His Next Movie, ‘The Ballad of Richard Jewell’ 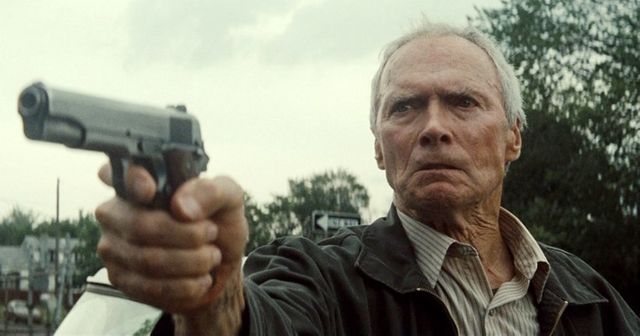 Clint Eastwood is in talks with Disney/Fox to direct his next flick, reports Deadline. Titled as ‘The Ballad of Richard Jewell,’ the drama is based on the life of a security guard who became a suspect of the Olympic Park bombing during the 1996 Atlanta Olympics. Billy Ray, who wrote ‘Captain Phillips’ is the scribe and the screenplay is based on a Vanity Fair article by Marie Brenner. The security guard finds himself at the center of a cobweb of hatred when media reports link him with the Atlanta Olympics bombing.

Variety reports that the project may reunite Disney/Fox with Eastwood. The veteran filmmaker has a warm relationship with Alan Horn, the current Disney Studios chief, who was in charge of Warner Bros. motion picture division earlier. Reports attached Jonah Hill and Leonardo DiCaprio with the project at the early stages of ‘The Ballad of Richard Jewell.’ But the stars are no longer a part of the project as actors. Instead, they reportedly join hands with Eastwood to co-produce the movie. Eastwood has the movie in the development stage for a long time. He considered the project even before directing Tom Hanks in ‘Sully.’ Director Ezra Edelman, who is known for ‘O.J.: Made in America,’ was also tagged along with the project. But nothing took off.

The security guard Richard Jewell’s life became a nightmare when law enforcement sources leaked the confidential info that he was a possible suspect in the Olympic Park bombing. Jewell was the man who discovered a suspicious backpack within the Olympics compound and cleared the area immediately. He was even praised by the media and authorities for saving many lives. But when he was exposed as a possible suspect of the bombing by a reporter, Jewell became one of the most hated men in America overnight.

The movie depicts Jewell’s life before and after the false accusation and its consequences. Jewell was acquitted of all charges as a suspect after three months of the ordeal. Though he managed to move on with the job of a police officer, the once hero of the nation could never come back to his true self and confidence. He health was damaged forever after the mental and physical stress of the three months. He died later in 2007 of a heart attack at the age of 44. Jonah Hill’s name was associated with the titular role of Jewell, and Leonardo DiCaprio as Jewell’s lawyer and a family friend. But latest reports suggest that Eastwood has plans to assemble a whole new cast. ‘The Ballad of Richard Jewell’ is produced by Appian Way’s DiCaprio and Jennifer Davisson, Hill and Kevin Misher. Misher Films’ Andy Berman also serves as a producer.

Eastwood last directed ‘The Mule,’ which marked his first foray into directing and playing the lead role in the same movie since ‘Gran Torino’ in 2008. Eastwood plays Earl Stone in the movie. Stone is a lonely and broken businessman who is on the verge of shutting down his venture. Then he is offered the job of a drug courier by a Mexican cartel. Stone takes this as a last chance to turn his fortune and performs well. His cargo increases and he posts an assistant to monitor logistics. But the rampant growth of Stone’s business empire puts him under the scanner of a DEA agent, played by Bradley Cooper. Moreover, Stone’s past returns to take its toll on the man’s new fortune. Though ‘The Mule’ met with mixed reviews, Eastwood’s direction and performance as Stone were praised by the critics.