Will There be a The Big Flower Fight Season 2? 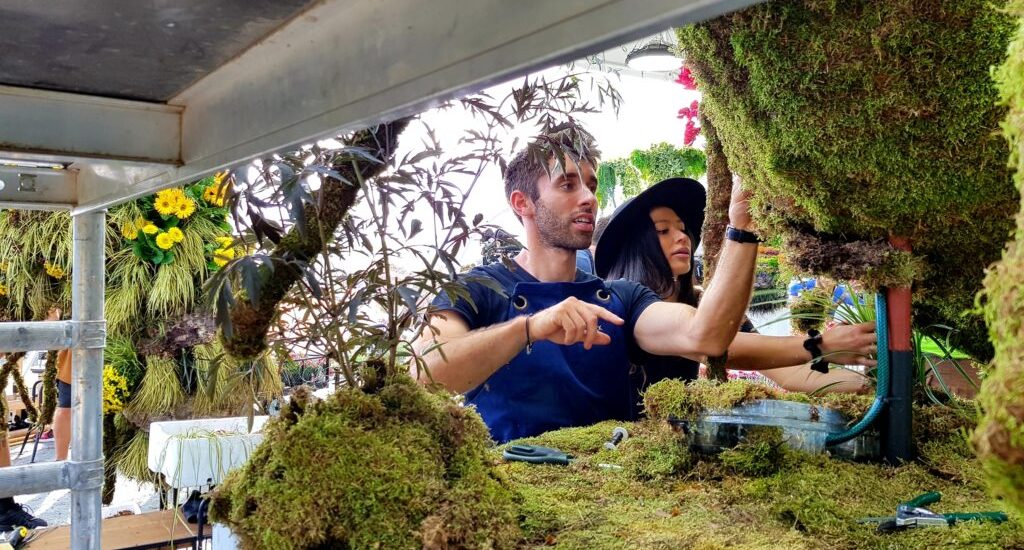 Netflix has shown immense potential when it comes to adding diversity to the reality competition genre. We have seen contests about baking, sewing, fashion, and even glassblowing! Another unique addition to this list is ‘The Big Flower Fight’, which shifts the focus toward gardening. Here, the contestants need to create large-scale flower installations. The team that manages to impress the judges the most is declared as the winner. Bringing in a blend of passion, hobby, and sustenance, its first season captured the attention of viewers. But will there be a ‘The Big Flower Fight’ season 2? Let’s find out.

‘The Big Flower Fight’ season 1 premiered on May 18, 2020, on Netflix. It consisted of eight 40-minute-long episodes.

The show follows the same format as that of ‘The Great British Bake Off’, with a twist in the theme. Here, the participants need to decorate massive art pieces with flowers and foliage. When it premiered on Netflix during the COVID-19 pandemic, it quickly became popular as a light, enjoyable, quarantine binge-watch. Moreover, its low-stress concept and niche nature set it apart from other titles dominating reality tv. One can also replicate the skills shown in the competition in their own mini gardens.

Owing to the simple reason that this show is able to help viewers de-stress, it holds the potential to spawn a couple more outings. Hence, we are positive that we will see its second edition in the coming months. If that happens, we can expect ‘The Big Flower Fight’ season 2 to release sometime in May 2021.

Taking up the hosting duties in season 1 are comedians Vic Reeves and Natasia Demetriou. Demetriou is an actress and a stand-up comedienne, who was the winner of the Skinny Debutant Award for ‘You’ll Never Have All Of Me’. She has also featured in ‘What We Do In The Shadows’. Meanwhile, Reeves is the part of the comedy-duo, ‘Reeves and Mortimer’. He has additionally appeared in ‘Shooting Stars’ and ‘Coronation Street’.

Seated on the judging panel is Kristen Griffith-VanderYacht, who is joined by a rotating roster of guest judges each week. He was ranked as the world’s best florist by Harper’s Bazaar Magazine in 2019 and 2020. The co-judges appearing in the episodes include Simon Lycett, James Wong, James Alexander-Sinclair, Sarah Eberle, Humaira Ikram, and Sophie Walker. The first season sees 10 teams, consisting of two members each, vying for the top position, and to get their creation displayed at London’s Royal Botanic Gardens. They are amateur gardeners from all over the globe.

Season 2 should see Demetriou, Reeves, and Griffith-VanderYacht making their respective comebacks. Joining them will be a bunch of new amateur floral sculpturists, battling it out to grab the coveted ‘money-can’t-buy’ prize.