‘The Biggest Loser’ S18 Finale: How & When to Watch Online? 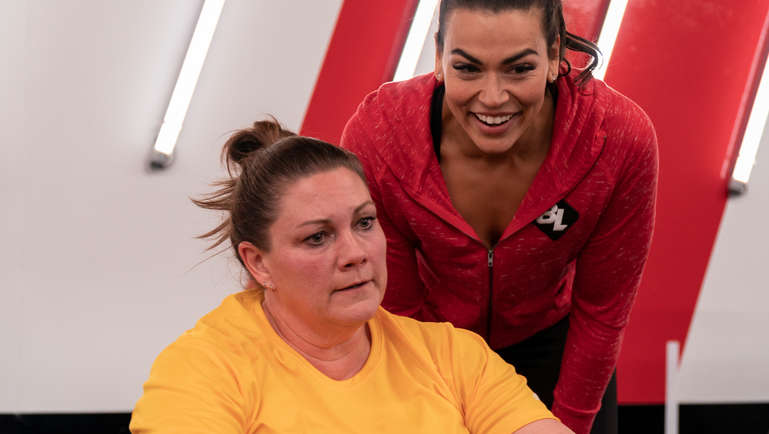 Welcome to our last preview for season 18 of The Biggest Loser, which is all set to air its explosive finale next week. In this week’s episode 9, we saw the final four battling it out to stay in the competition. With the stakes higher than ever, who manages to make the cut and proceed to the finale? Well, we have covered that in our recap section. Read on to know. But before that, let’s tell you how, when, and where you can watch the finale, i.e ‘The Biggest Loser’ season 18 episode 10.

The Biggest Loser Season 18 Finale Release Date: When Will It Premiere?

Where to Watch The Biggest Loser Season 18 Episode 10 Online?

The final four contestants left in episode 9 are Micah, Kyle, Teri, and Jim. Jim has shown remarkable progress; he is only five pounds more than 100 pounds. Micah was told in the eighth episode that had he not had that one pound advantage, he would have been eliminated instead of Kristi. Now, the competition is even tougher since only three will go ahead from here to compete in the finale. Erica and Steve also decide to switch places as trainers. Erica trains a frustrated Micah, who is on the verge of giving up — but the former is not ready to lose heart yet. Micah thinks that Erica does not give him a break but she is just testing his limits — stretching his boundaries so that he can realize his true potential.

The challenge for the week is mile run. The one with the highest percentage of improving their mile time gets a one-pound advantage. When the contestants finish this round, Jim wins the run as his improvement percentage is more than all his peers. Finally, the participants gather for the last chance workout. Steve says that rather than thinking about winning the final prize, the contestants should concentrate on getting their life back. In the last weigh-in for the episode, everyone is nervous. But the decision is made. Teri is announced to be leaving the show after coming so close. But we have to commend her for making this far!

Well, so the final three heading to the finals next week are Micah, Kyle, and Jim. Who will grab the prize? Watch the episode to find out!

Read more: Where is The Biggest Loser Ranch Located?