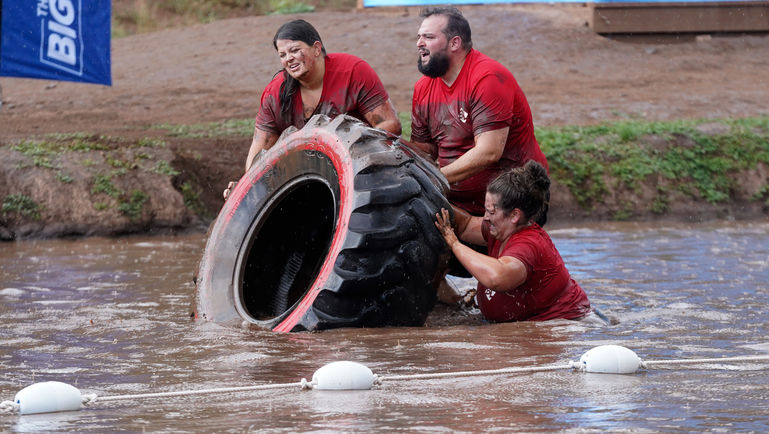 NBC’s competitive reality show, ‘The Biggest Loser’, finally made a much-awaited comeback after a prolonged gap of four years — but this time, it has changed its home. The current 18th season airs on the USA Network. It premiered on January 28, 2020, and its first week itself proved to be quite eventful while being packed with action.

The contestants visit the Biggest Loser Ranch which is their second home during the entire runtime of the show — until, of course, they are asked to pack their bags. They also meet their host Bob Harper and trainers Steve Cook and Erica Lugo. And in no time, they realize that the stakes are higher than ever.

The season continued with its second episode, which landed this week. Now, it is all geared up to release its next episode. Read on to know how, when, and where you can watch ‘The Biggest Loser’ season 18 episode 3.

The Biggest Loser Season 18 Episode 3 Release Date: When Will It Premiere?

Where to Watch The Biggest Loser Season 18 Episode 3 Online?

In episode 2, called ‘A Big Loss’, there is a major change. The Blue Team has lost its leader while the Read Team decides whether to trust their instincts and take a leap of faith. The relationship between the teams is already strained and tensions run high between the trainers.

With Robert leaving the Blue Team last week, his peers are highly emotional. Steve is frustrated while Megan is almost in tears. On the other hand, Delores and Phi have a feud in the break room, with Delores stating that Robert did not deserve to be evicted from the competition. Megan and Steve also get into frequent arguments.

As for the calorie-burn routines, most of Erica’s team prefers the treadmill over the strenuous box jump. Teri is terrified and hesitant while Phi takes her first leap. Next, the contestants attend a therapy session with Bob to sort out their mental issues.

Then comes the mud race, where the participants need to push 150-pound tires through knee-deep mud, which demands a lot of lower body, as well as, upper body strength. The winning team stands at an advantage of five pounds. Micah takes the lead, Megan follows suit and Kyle partners with Dolores and Kim. Finally, the Blue Team wins. In the last chance workout, Dom delivers a spectacular performance. Kim is full of motivation and she does rep after rep.

In the last weigh-in, Jim leads the score with a loss of 13 pounds, followed by Megan with an 11-pound loss. The Blue and Red teams end in a tie. Toward the end, Phi is asked to say farewell.