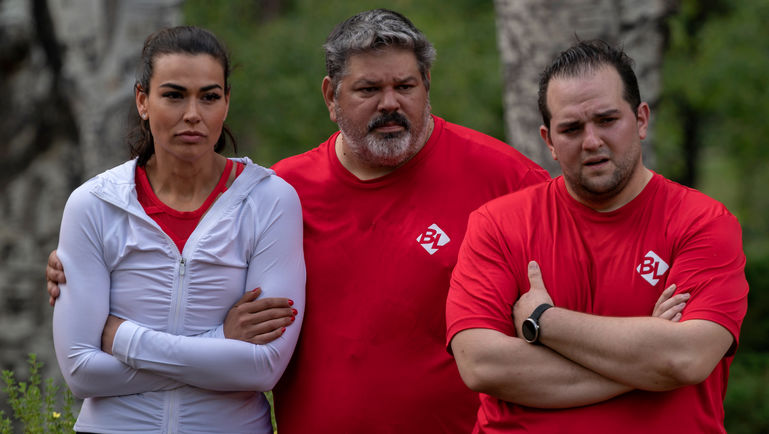 Last week, in ‘The Biggest Loser’, Phi is evicted from the Red Team and hence, her crew suffers a terrible loss — as they were quite inspired by her positive persona. Even Dom discovers his confidence but maybe it’s too late for him. He also ends up cheating in the yellow line.

This week, we see the teams prepping up for even more difficult and complicated challenges. In episode 2, we follow the participants as they push 150-pound tires to the finish line. But in episode 3, the producers come up with tasks that surpass our imaginations. We have covered this in detail in our recap section.

Now, the show is all geared up to release its next episode. Read on to know how, when, and where you can watch ‘The Biggest Loser’ season 18 episode 4.

The Biggest Loser Season 18 Episode 4 Release Date: When Will It Premiere?

‘The Biggest Loser’ season 18 episode 4 is slated to premiere on February 18, 2020, at 9 p.m ET/ PT & 8 p.m CT on the USA Network. The upcoming episode is called ‘Messages from Home’, where the contestants will get a chance to meet their family and friends.

Where to Watch The Biggest Loser Season 18 Episode 4 Online?

In episode 3, trainer Erica devises a football speed drill for the Red Team. The first two contestants to face difficulties in this challenge are Dom and Jim. Kristi still needs to overcome her emotional baggage, which is the sole reason for her addiction to unhealthy food.

Next, Bob invites everyone to a BBQ campfire, complete with dessert, which adds a 4-pound advantage. Here’s the thing. The wood required to keep the fire burning needs to be lifted up for 60 stairs and then dropped off. After that, the wood requires to be carried to the finish station. Dom leads the Red Team while Micah leads the Blue Team.

Delores performs exceptionally well and Megan delivers equal competition. The Blue Team wins. This is followed by a discussion with Bob, who asks the participants if they have made any friendships during their stay on the ranch. Well, Kat and Kim, and Jim and Kyle admit that they have become closer in this journey. Coach adds that he has found a friend in Kyle.

Finally, it is is time for this week’s evictions at the last weigh-in. The ones in danger are Dom, Kim, and Kat. Even Jim and Megan are not satisfied with themselves. Ultimately, it’s revealed that Dom from the Red Team needs to pack his bags.