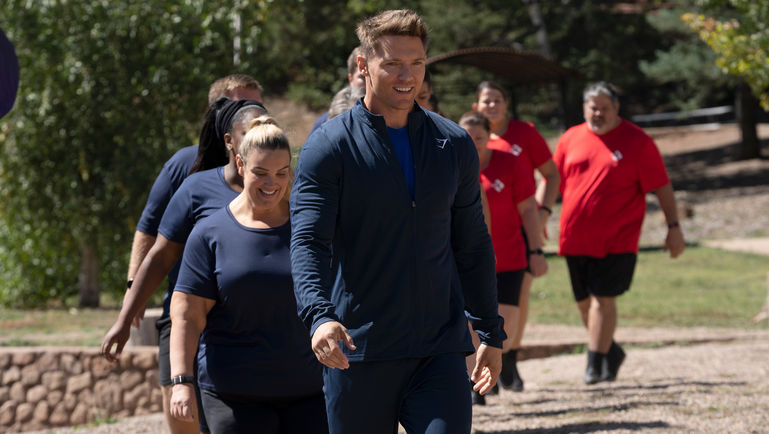 Last week’s episode is definitely an emotional roller-coaster ride, especially for the Red Team, following Dom’s eviction. This week, the emotions multiply as the remaining nine contestants meet their family and friends.

Now, the show is all geared up to release its next episode. Read on to know how, when, and where you can watch ‘The Biggest Loser’ season 18 episode 5.

The Biggest Loser Season 18 Episode 5 Release Date: When Will It Premiere?

‘The Biggest Loser’ season 18 episode 5 is slated to premiere on February 25, 2020, at 9 p.m ET/ PT & 8 p.m CT on the USA Network. The upcoming episode is called ‘Dive In’ where ‘The contestants dive into fitness as their friendships get stronger’ — according to the official synopsis.

Where to Watch The Biggest Loser Season 18 Episode 5 Online?

In episode 4, called, ‘Messages from Home’, the participants are given the chance to connect with their families where they reveal their struggles. Erica from the Red Team is really affected by Dom’s eviction and breaks down before Steve, telling how she has failed as a trainer. Steve also recalls his past when he was addicted to binge-eating while competing as a bodybuilder.

Of course, the week comes with its own share of challenges. The first task involves paddling in rafts, under the condition that this is a race that includes buoys attached to 150-pound bags. The contestants have to carry these buoys back to the shore. The Red Team and Blue Team both deliver their best but the results are not that good. Micah goes overboard and then has to be pulled back on-board by the rest of his teammates.

Finally, the Red Team secures a 3-pound advantage. The participants are then allowed to engage in video chatting with close ones outside of the ranch. Jim talks to his wife while Micah and Kyle connect with their mums. Kim gets a chance to see her son. Katarina, however, seems to have a difficult relationship with her mother. She tells Bob how her parents had sent her to weight-loss camps, making her childhood quite terrible for her.

At the last chance workout, Delores delivers a spectacular performance, which involves weights, the treadmill, and the box jump. But unfortunately, in the final weigh-in, she does not make the cut and is asked to pack her bags.