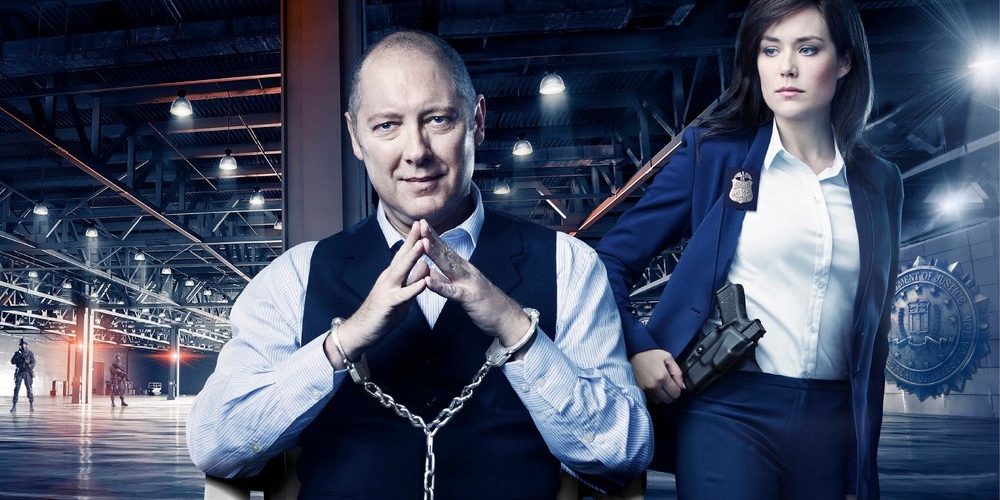 ‘The Blacklist’ is an American crime thriller tv series that airs on NBC. Created by Joe Bokenkamp, the show first premiered on September 23, 2013.  The concept for the show comes from the story of the capture of Whitey Bulger, a feared member of the Irish mob. Viewers might remember Johnny Depp portraying Bulger in ‘Black Mass’.

Executive producer John Eisendrath spoke about the show with Collider “So, the idea was, ‘Well, what would happen if a man like Whitey Bulger turned himself in and said, “I am here. I have some rules that I want you to follow, but if you follow them I will give you the names of people that I have worked with, during the 20 years that I have been a fugitive. So, there was a real world influence that affected the shaping of the show that was already being thought about. How can you put someone that you don’t trust in the center of a show about trying to find criminals?”

Whatever the idea was, it hit a chord with the critics and fans alike. The show has gained special praise for James Spader’s performance the police procedural elements, besides having an overarching and complex but compelling plot. The show has had six successful seasons so far, and is in the middle of the seventh. Here’s everything we know about it.

‘The Blacklist’ Season 7 premiered on October 4, 2019. After airing for 10 episodes, the show went on a mid-season break — as it always does — on December 13, 2019. The good news is that fans won’t have to wait for long for the show to come back on the tv screens. ‘The Blacklist’ Season 7 episode 11 will release sometime in February, 2020. The season will have a total of 22 episodes. You can watch them on NBC.

As far as the future of the show goes, fans should know that ‘The Blacklist’ has enjoyed excellent ratings right since its premiere and that’s reflected in the confidence the network has shown in it.

The Blacklist Cast: Who is in it?

The cast of ‘The Blacklist’ is led by James Spader, who appears as Raymond Reddington aka Red. Spader is famous for his role as Alan Shore in ‘Boston Legal’ apart from having appeared in numerous films including David Cronenberg’s underrated ‘Crash’.

The role of Liz Keen is played by Megan Boone; she was born as Masha Rostova and is a special agent with FBI and the wife of Tom Keen. Diego Klattenhoff appears as Donald Ressler, who is also a special agent and later becomes the Assistant Director of the FBI Terrorism Squad.

Tom Keen plays Ryan Eggold, who is the husband to Liz. Parminder Nagra comes in as Meera Malik who is a field agent with the FBI and Amir Arison as Aram Mojtabai, who plays the role of computer specialist with the FBI.

All the main cast members returned for season 7.

The Blacklist Plot: What is it about?

‘The Blacklist’ starts with Red or Raymond Reddington, who is a former US Naval Intelligence officer turned whistleblower, turned criminal mastermind and fugitive. One fine day he strolls into the FBI headquarters and gives himself up. While the fedora and shades are a tad bit cliched, what comes next is straight out of a chapter of ‘The Silence of the Lambs‘. He is shown to be a dangerous criminal who will divulge information only to a rookie due to reasons unknown. Over the seasons, we see him help the FBI take down some of the world’s most notorious criminals, and Red in his time has worked with all of them and is in a unique position to help out.

In a show that would fail miserably for its cliches, it manages to soar due to the presence of a compelling central character which is alleviated even further by Spader’s performance. The actor has always had expressive eyes, and there is a lot going behind Red’s eyes every time we are treated to a closeup. In his serpentlike demeanor and gleeful superiority, Spader’s character seems to be the one not just driving the plot, but also holding all things together.

Spader’s performance reminds me of James Purefoy’s role as the enigmatic and charming serial killer, teacher, and Edgar Allan Poe fan, Joe Carroll in Fox’s drama series ‘The Following‘. However, ‘The Blacklist’ does the same thing as ‘The Following’ and shackles a character that should instead be unleashed if for nothing else other than to make the whole setup more interesting. Nonetheless, Red makes things compelling even if the broad unflattering characterization of Megan undoes a lot of that.

Season 7 follows Raymond “Red” Reddington, who after being abducted by Katarina Rostova, finds himself alone in hostile territory unsure of who he can trust. With few leads to go on, Liz and the Task Force venture into unknown danger as they race to find him.

Here’s season 7 trailer to get you excited. If you haven’t seen the show yet head over to NBC to catch all the episodes of the previous seasons.