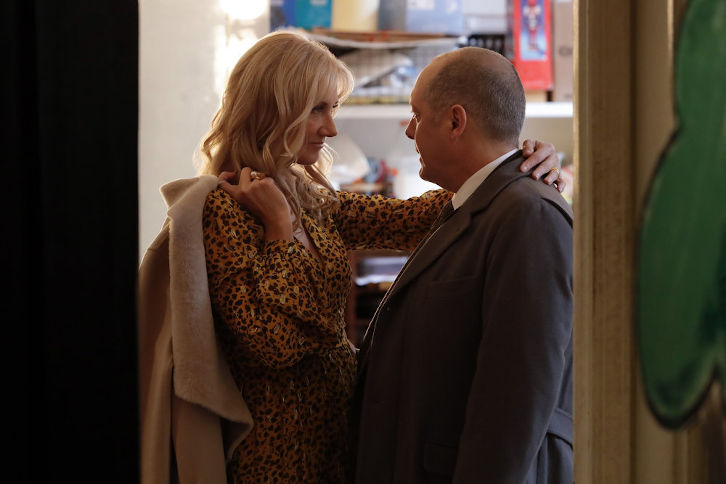 ‘The Blacklist‘ has managed to remain interesting over the seasons due to James Spader’s wonderful portrayal of Raymond ‘Red’ Reddington, the enigmatic concierge of crime. We have been made privy to some more layers of this character, but at all times, it is clear that Reddington is working an angle we are not made aware of.

Still working with the FBI, the last episode sees him finally getting his hands on the real nesting caskets. Naturally, you might be curious about what happens in the latest episode. Not only are we here to tell you that, but we will also walk you through when and where to watch the upcoming episode.

The Blacklist Season 7 Episode 13 Release Date: When Will It Premiere?

The upcoming episode is titled “Newton Purcell”. The episode sees the Task Force looking into a series of attacks on data centers. They seem to be the work of a Blacklister with a strange condition. Glen tries to prove his value to Red after a mishap in shipping, while Liz conducts her own investigation.

You can check out the promo below.

The episode starts with Red’s plane landing, as a posh butler holds out a tray with a single glass of champagne. Red makes it a point to assert that Dembe is not staying. The secret island, where Red is about to have the super-secret meeting, does not allow anyone else to accompany the participants.

Red meets the broker, Cassandra, in the house, and there seems to be some unfinished business between the two, but for now, they’re focused on the matter at hand. We meet the other casket holders in the room. Annika is a security specialist, Margo is a top lock breaker, Mahmoud is an explosions expert, and Joko is the gunman.

Cassandra tries to broker the deal with a client interested in Byzantine art. Joko has a problem because his cut is 10% compared to the 18% that others are getting. However, Red calms him down, assuring him that it is because he entered the deal late, and not because they undervalue him.

Soon, people start dropping dead. Margo is poisoned, while Joko’s fingers are cut off. Annika tries to get off the island and dies after taking a puff from her inhaler. Mahmoud turns the gun on Cassandra and Red, only to be killed by the latter.

Ultimately, they realize that the caskets have a microdot, that a skilled team is looking for. Red and Cassandra manage to save themselves, and the day, by not handing over the microdot. The end of the episode sees Red taking Cassandra to Agnes’ recital. She realizes that Red remains in Liz’s life out of love.

It remains to be seen if this love is enough to save Red and Liz’s relationship, once he discovers that Katarina Rostova is alive.