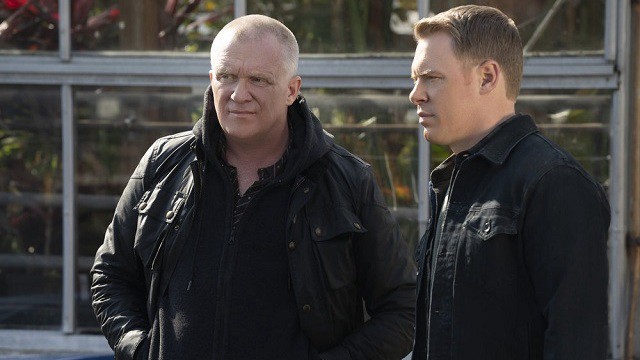 Raymond ‘Red’ Reddington’s adventures are coming to an end in the latest season of ‘The Blacklist.’ The Concierge of Crime has had a fruitful relationship with the FBI, helping them take down the worst criminals across the world. In the process, he’s managed to further his goals, but it has not been smooth sailing. Especially when it comes to Liz, Reddington’s relationship has only grown more complicated.

We were given to understand that a family feud might erupt in Season 7 of ‘The Blacklist,’ which would bring forth many secrets in Red and Liz’s lives. However, with the show ending earlier than expected, the showdown might be put off until next season. However, that does not mean that the remaining episodes don’t pack in some twists.

Curious to find out what transpires in the latest episode? We have the rundown, and information on when and where to stream the upcoming installment.

The Blacklist Season 7 Episode 18 Release Date: When Will It Premiere?

Being an NBC series, you can always watch” The Blacklist” with a cable subscription. If you don’t have one, you can also stream it on the NBC platform. Cord cutters have the option to stream the show on Fubo Tv, YouTube TV, and Sling Tv. Amazon Prime subscribers can buy and stream the episodes. Meanwhile, Netflix users can stream six seasons of the show.

The upcoming episode is titled “Roy Cain.” Recently, we have seen Red face a health scare as Dembe finds him passed out on the floor. Now, he has to look for a successor, as he’s faced with his mortality. Meanwhile, Dembe finds himself in a dangerous situation, and the FBI team tries to track down some impossible abductors. Check out the promo below.

The episode starts with a flashback in Detroit in 1995. We see how Donald ended up shooting a man who he believed to be responsible for the mishap that happened to his father. In the present day, Donald goes with his brother Robby, to a site where they dig up a skeleton.

It is the man Donald had killed, and Robby had promised to clean up after him. Now that a building is being constructed on the land, the brothers need to get rid of the body. Just as they put it in the trunk of their car, someone drives away with the vehicle.

Unfortunately, it is not random. Robby owes money to a mob guy, to the tune of 150k. The wiseguy does not want his money back. He wants Donald to get him a file from the Detroit office, and the debts will be wiped clean. Robby is willing to take responsibility, but Donald turns to Keen for help.

She cautions him to be prepared for the discovery of the body but helps them set a trap to lure in the mob man. Soon enough, Keen shoots him and also does Donald a solid by ensuring that the body is not found in the trunk. Finally, the agents share a tender moment as they declare their need for each other amidst the storm that rages in their personal and professional lives. With the upcoming episode testing Dembe’s loyalties, we cannot wait to see how Red reacts.