The Bold and the Beautiful Spoilers: Week of February 17, 2020 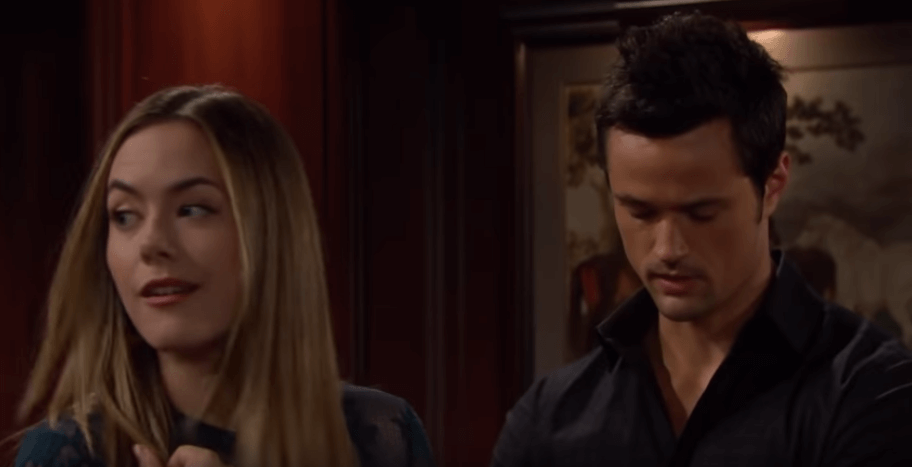 ‘The Bold and Beautiful’ continues to be a riveting drama as we see Wyatt and Flo trying to give Sally space and time to recover from her heartbreak. Since Wyatt leaves Sally twice for Flo, he does not want to flaunt his love, out of a sense of compassion. However, Sally has bigger things on her mind than relationship problems. A doctor’s appointment gives her the shock of a lifetime when she finds out she is dying.

Her friend, Katie, tries to urge her to fight and rely on friends. However, Sally swears her to secrecy. Obviously Katie agrees to this, but informs Bill, nonetheless. She also ends up telling Wyatt, eventually. This prompts Wyatt to keep showing up at Sally’s workplace, trying to get her to open up. He also tells Flo about Sally’s condition, which stuns her. They agree there is one course of action left for Wyatt to take.

Elsewhere, Thomas is up to his old tricks. In a plan to get back Hope, he sets up an elaborate birthday party for Zoe, where he kisses her deeply, just to traumatize his son, Douglas. Vinny is against this and warns Thomas not to exploit his son. Even when Hope is confronted with evidence about Thomas’ plan, she still believes he would not use Zoe. The drama is poised to burst forth in the upcoming week, which might make you curious about what’s about to happen. We have got you covered with ‘The Bold and the Beautiful’ spoilers for the week of February 17, 2020.

The immediate impact of Sally’s diagnosis hits Wyatt rather hard. Although Katie had informed him that Sally doesn’t want Wyatt knowing about the condition, he rushed over. We also saw him offering to be a friend to Sally, after having hurt her. Realizing Sally does not need his pity, this episode will see Wyatt trying to process her pain when he broke off the engagement.

Undoubtedly, he starts to regret it, and seeks comfort from Flo, even as he tries to come up with some way to help her. Meanwhile, Liam, who has already caught on to Thomas’ plan of trying to win Hope back, slings some serious accusations at him. It becomes especially troublesome because both Hope and Zoe overhear the heated conversation.

Liam continues on his crusade, now trying to get Zoe to see that Thomas does not have the right intentions. Coupled with the conversation she has overheard, this must prey on her mind. Thomas, meanwhile, remains just as toxic, using Douglas to send a message to Hope. The kid once again becomes an unwitting participant in Thomas’ schemes.

Douglas, meanwhile, has been rather disturbed ever since he saw Thomas kissing Zoe at the party. He has been worried that she will replace Hope as his mother. This episode sees Douglas breaking down, and requiring assurance from Hope that she will be by the young boy’s side. Meanwhile, at the mansion, Thomas puts his plan into play. He tries to make Hope even more jealous by taking things further with Zoe.

This episode sees Brooke calling Thomas out on his relationship with Zoe. She has seen through him for some time and been distrusting. When Thomas tried to comfort Hope about Liam’s betrayal, Brooke stepped in quickly so Thomas could not weasel his way back into Hope’s love life. Brooke also ensured that she tried to open Hope’s eyes about Thomas parading Zoe around. However, Hope does not believe her.

When she confronts Thomas, he dismisses her as well, saying everyone can see how he has moved on from Hope. However, to make things more convincing, he proposes to Zoe as well. Asking her hand in marriage helps Thomas duck Brooke’s scrutiny while making Hope jealous, at the same time.

Zoe seems to be more aware than she is given credit for. Forewarned by Liam, Zoe ensures that Thomas fulfills her condition before she accepts his proposal. She publicly makes this announcement, so it is harder to turn down. While it remains to be seen what the condition is, it will most likely involve Douglas.

Meanwhile, the kid spills some beans to Hope about Thomas. Douglas has always been smart and had caught on to the baby Beth secret before. It is entirely possible that the kid has figured out that Thomas is using him, which is what Vinny warned Thomas about, in the first place. The upcoming week seems exciting for the characters on ‘The Bold and the Beautiful’.