Where Was The Boys in the Band Filmed? 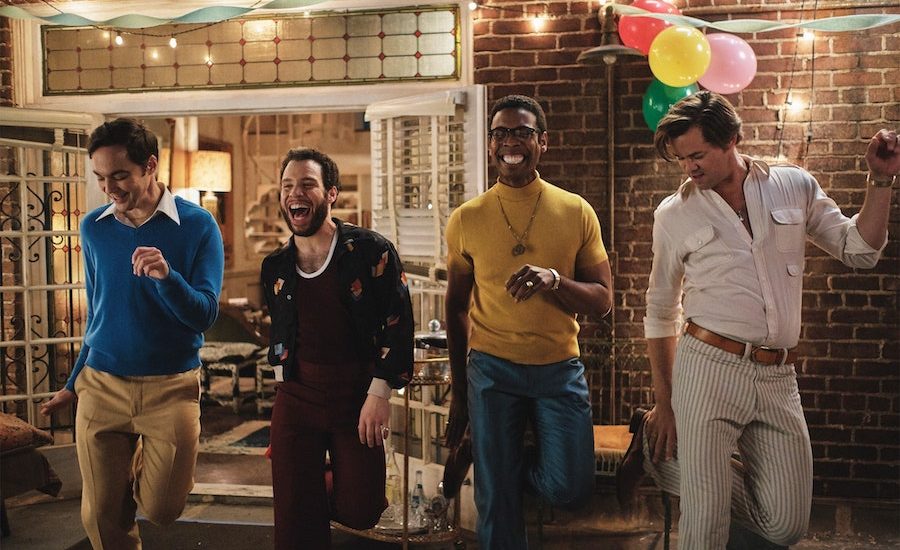 Netflix’s ‘The Boys in the Band’ is a compelling drama about the lives of a group of people who gather to celebrate and party, but they end up going through an emotionally draining night. With a stellar cast comprising Jim Parsons, Zachary Quinto, and Matt Bomer, among others, the movie keeps us intrigued with its complex characters and makes us laugh with them while also sympathizing with them. If you want to know where the movie has been shot, here’s the answer.

The Boys in the Band Filming Locations

‘The Boys in the Band’ is set in the 60s where six gay men come together to celebrate the birthday of their friend, and as the events unfold, they find themselves confronting the things that had been holding them back or had been complicating their relationships. Things get tense for this bunch and what makes it all the more interesting is that the entire story takes place inside one apartment. The brief scenes at the beginning and the end give us some sense of the city they live in. For the filming of the movie, the production shot on location in New York City, while a studio set in Hollywood, was also employed for the purpose.

A year ago today, @mattbomer posted this photo with the caption "Day 1, y'all". Thus began our summer of love with #theboysintheband, a glorious time, even for those of us who couldn't make it to New York but lived vicariously through all the generous people who posted photos and videos. Maybe next time! #MattBomer #zacharyquinto #jimparsons #andrewrannells #robindejesus #michaelbwashington #tucwatkins #charliecarver #brianhutchinson #joemantello

The events of ‘The Boys in the Band’ take place in an apartment on the Upper East Side of Manhattan. For filming the exterior scenes, the crew took to several locations in New York City, to give us a glimpse into the lives of several characters. At the beginning of the film, we are introduced to Larry, who catches the eye of another man on the street, and they go for a drink at Julius’ Bar. Larry is forced to leave his company when Hank shows up outside the bar.

These scenes were filmed on location at the real Julius’ Bar, which is considered the city’s oldest gay bar. Located on 159 West 10th Street in Greenwich Village, Manhattan, it was also featured in the 1970 version of the film. The scenes inside the subway, where we meet Bernard, were filmed at the New York Transit Museum. Some scenes were also filmed at East 75th Street and 3rd Avenue, 48th St and Broadway, and Greenwich and 9th Ave.

While the story is set in Manhattan, the majority of the film was shot in the studios in Hollywood. For the exteriors, the crew used the locations in New York City, while some scenes were also filmed at 615 S Broadway in Los Angeles.

#tbt Spring of last year in LA rehearsing for The Boys In The Band on Broadway. Love that I am back here in LA again with these amazing people making the movie for Netflix!! #hollywood

The majority of the film takes place inside Michael’s apartment. Created in the image of the Broadway production, which paved the way for the making of the film, the apartment stage was built at Sunset Gower Studios in Hollywood.

Matt and Jim on the set of #theboysintheband filming in Los Angeles. #mattbomer #jimparsons. Oh my God, looks at Jim's hair! 😍 cute!!