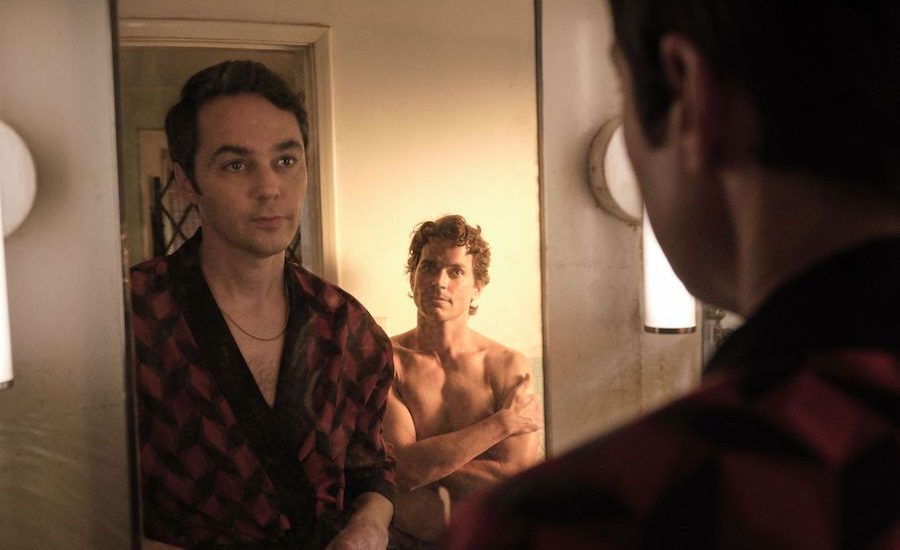 Netflix’s ‘The Boys in the Band’ is a story of a group of people who come together for a birthday party and find the festivities turning sour as the night passes. Jim Parsons leads a stellar cast that portrays several variations of being homosexual, with every character giving an in-depth look into one complexity or another. While one of them is unapologetically flamboyant, the other struggles with internalized homophobia. One believes in monogamy and loyalty to one partner, and another believes that having different partners is the only way to keep things interesting in one’s life.

Then there is the question of being closeted and the problem of falling in love with the wrong person. The film presents a group of complex individuals who are flawed and real and don’t bow to the norms that Hollywood had become used to when it comes to queer characters, especially in the 60s. If you are wondering whether or not the film is based on a true story, here’s the answer.

Is The Boys in the Band Based on a True Story?

No, ‘The Boys in the Band’ is not based on a true story. It is based on the 1968 off-Broadway play of the same name written by late Tony-Winning Playwright Mart Crowley. The play was adapted into a film in 1970 and received a Broadway revival in 2018. The cast from the 2018 play reprises their roles in the film directed by Joe Mantello and produced by Ryan Murphy. The play was considered a groundbreaking feat for gay representation, breaking stereotypes, and giving more depth and nuance to the characters.

As for the inception of the story, Crowley had been working on several film productions that were eventually canceled when Diana Lynn hired him to house-sit. In a mansion where partying and drinking could have occupied Crowley’s entire day, he sat down to write ‘The Boys in the Band.’ Writing a story about all gay characters was something that came out of his anger towards the portrayal of LGBTQIA+ characters on screen and the “social attitude of the people (around him) and the laws of the day.”

When he forwarded his work to producers, he met with great difficulty in finding a place for his script. In the America of the 60s, homosexuality was more forcefully scorned at, and a story around a bunch of gay men discussing their desires and feelings wasn’t something that the producers were excited to pursue as a project. “The woman agent said to me, ‘This is an outrageous play. I cannot send it out of this office with our letterhead on it.’ And I almost collapsed into tears right there, ’cause I thought, This is really the end of the line,” said Crowley.

Even when he found collaborators to get the play on the stage, he had a hard time finding the actors who would risk their careers to portray such roles. “The first time, we would take anyone who would do it; we were beating the bushes. The actors who did do it were very brave,” Crowley said. “It was very different back then. You could get arrested for doing the things they do in this play. It was quite awful and ridiculous and demeaning. Naturally, everybody’s agent told them not to do this play. We offered the roles and many turned it down. Agents said it was a career killer. I have to acknowledge the bravery of the guys who did it anyway.”

“It certainly was a taboo. Historically in American plays, there were always gay characters, but they always come to a bad end, you know? It was not a good thing to be gay back then, and to be out about it at all. That was just not done,” Crowley said in an interview with CBS News. Despite the struggles to have his work brought on the stage, the writer did not get discouraged. He described the story as a “wonderful creative urge that I had, and I was just like a time bomb.”

For the characters, he drew on the people he knew and the relationships he had in real life. The character of Michael was based on a quirky friend of his, while another served as an inspiration for Donald, “a foil for Michael.” He said that “the self-deprecating humor was born out of a low self-esteem, from a sense of what the times told you about yourself.” As for the title of the story, Crowley found it in a popular musical. “It’s that line in A Star is Born when James Mason tells a distraught Judy Garland, ‘You’re singing for yourself and the boys in the band,” he explained.