Will There be a The Bradshaw Bunch Season 2? 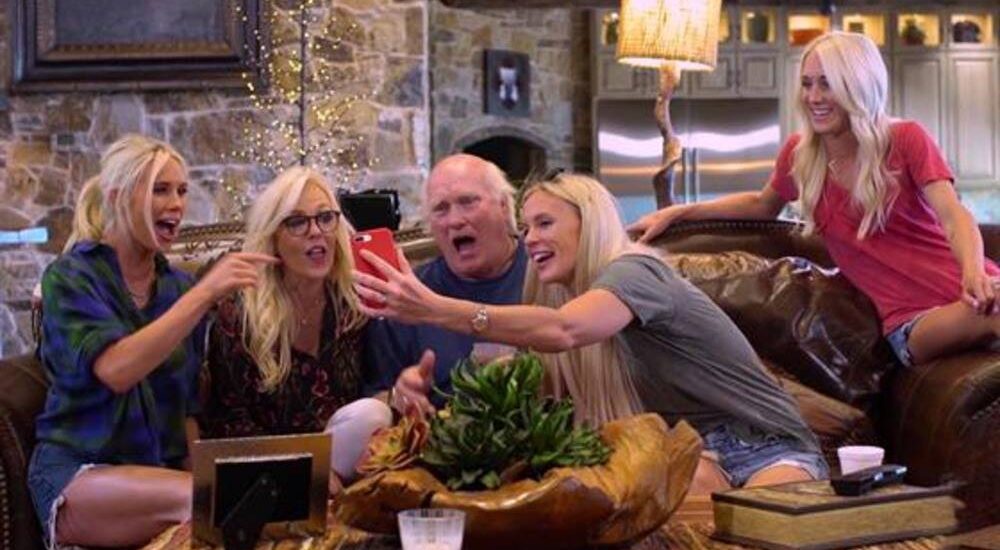 ‘The Bradshaw Bunch’ is a reality tv show that airs on E!, which is centered around former Steelers Quarterback Terry Bradshaw and his family. Packed with a lot of energy (a signature quality of the Bradshaw clan), humor, and multiple pranks, it is an entertaining watch. The series follows the real-life hijinks of the family members residing in the Bradshaw Ranch in rural Oklahoma. Over the episodes, we get a sneak peek of Terry and the gang as they juggle football, fame, farm life, and unpredictable issues. Well, after an eventful first-season run, here is everything you need to know about ‘The Bradshaw Bunch’ season 2.

‘The Bradshaw Bunch’ season 1 premiered on September 17, 2020, on E!. It ended with two back-to-back episodes (episodes 9 and 10) on November 5, 2020. Although the channel has not renewed the show yet, it is only a matter of time before we receive an official update. The main star, Terry Bradshaw holds a fond place in the hearts of Americans and fans obviously want to see more of him and his endless gimmicks. Not to mention, his family is equally entertaining as well. Therefore, we are highly optimistic that E! will definitely not stop with only one edition! If given a go-ahead soon, we can expect ‘The Bradshaw Bunch’ season 2 to premiere sometime in fall 2021.

The Bradshaw Bunch Season 2 Cast: Who Can be in it?

Season 2 will see the entire Bradshaw clan making a comeback. We have the family patriarch Terry Bradshaw, former Quarterback for the Pittsburgh Steelers. He had led a team of four to the Super Bowl Championships and then joined Fox as a sports analyst. Tammy is Terry’s fourth and current wife, known for being a prankster. Rachel is the eldest daughter, who works as a real estate agent and lost her husband, pro football player Rob Bironas, in an accident in 2014.

Lacey is Terry’s step-daughter, married to Noah Hester. She has two kids, Zuri and Jeb. Finally, Erin, the youngest from the lot, is a graduate of the University of Northern Texas. She is a World Champion Equestrian and her husband is Scott Weiss.

What Can The Bradshaw Bunch Season 2 be About?

‘The Bradshaw Bunch’ is a reality drama that follows the multiple antics of Terry Bradshaw and his fam as they navigate their personal and professional lives. The first season wraps up with the eldest daughter Rachel finally landing a date with Connor Saeli from Hannah Brown’s season of ‘The Bachelorette’. On the other hand, Terry and his wife Tammy try to coerce Erin into moving to Oklahoma. Season 2 is expected to pick up the story from here and continue chronicling the various gimmicks of the hilarious fam as they tackle life’s various trials and tribulations — while always sticking to one another.