Is The Broken Hearts Gallery a True Story? 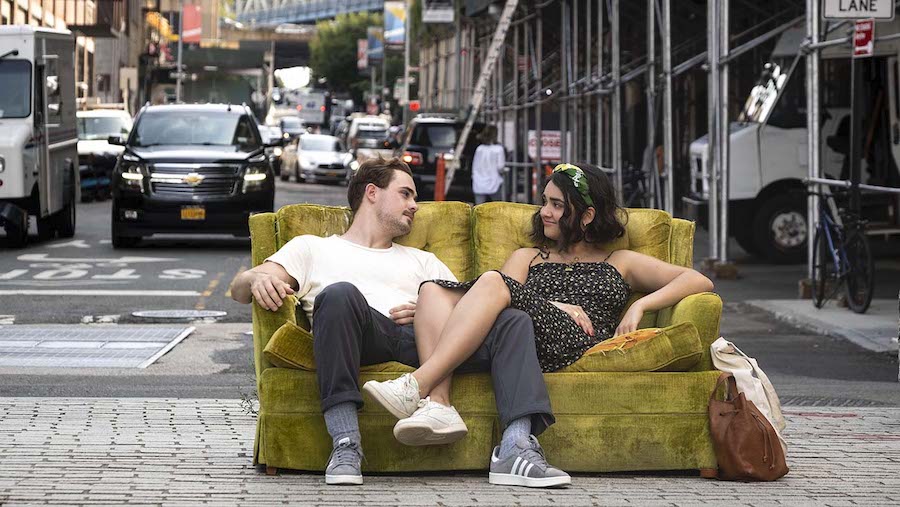 ‘The Broken Hearts Gallery’ follows the story of a girl who likes to keep souvenirs from her past relationships. After a bad break-up, she decides to do something about her collection and starts an art gallery in New York. This place not only houses her keepsake, but others add to the collection too. In between this, she also meets someone else who reignites her faith in love. The story offers an interesting and rather realistic premise. It is not unfamiliar for people to hold on to one or the other thing from a relationship, no matter how the breakup went. This hint of reality makes us wonder if the movie is based on a true story. Here’s what you should know about it.

Is The Broken Hearts Gallery based on a true story?

No, ‘The Broken Hearts Gallery’ is not based on a true story. It is based on an original screenplay written by Natalie Krinsky, who has also directed the film. The story centers on a young woman who starts an art gallery that houses the mementos of her previous relationships. A similar thing exists in the real world too. In Croatia, there is a place called The Museum of Broken Relationships where people can not only see but also leave behind souvenirs from their relationships. Its counterpart also exists in LA. When Krinsky started writing the script for her movie, she had been aware of the real museum and it made her think about the things she would take there.

“I was in a moment in my life not unlike Lucy in the film. I was young — because this movie, it has been 10 years in the making. I was in my mid-20s. I had moved to New York, I had broken up with a boyfriend, I had been fired from my job and I was moving apartments. I was clearing out parts of my life. I had actually heard of the Museum of Broken Relationships as I was trying to parse out — like, what were the things I was going to take with me? What were the things I was going to leave behind? And I just thought to myself, that’s such a relatable thing: that you can come across an object or a song or a scent, and it just immediately takes you back to that moment in your life. How do you truly let go of those things? That’s where the little grain of an idea started,” she said, in an interview with The Boston Globe.

The idea took flight from here and she wrote a heartwarming story around it. Because there are a lot of things that go into Lucy’s museum, Krinsky had to give some thought to the things one would want to keep from their previous relationships. For this, she also looked back at the mementos she has kept for herself. “There’s two funny relationship mementos I have. I dated this guy in New York in my early 20s — and now when I tell the story, I’m like, ugh, I sound like a real thief — but we used to make it a challenge to steal silverware from restaurants or bars we went to. I do have a set of mismatched silverware from that relationship. And then, [from] another very short-lived relationship, I have a tooth-whitening tray that I, for some reason, held on to and have never gotten rid of,” she said.

Read More: Where Was The Broken Hearts Gallery Filmed?