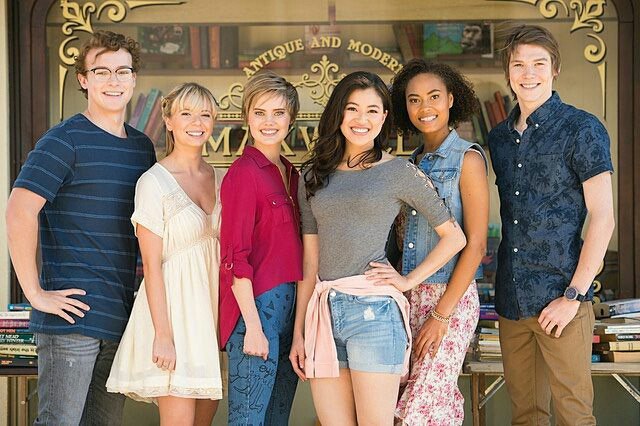 The Bureau of Magical Things is an Australian comedy television series created by Jonathan M. Shiff and developed by Jonathan M. Shiff and Mark Shirrefs. It is distributed by ZDF Enterprises and premiered in Australia on July 8, 2018, and on Oct 8, 2018, in the United States on Nickelodeon. It is a story about the struggle of magical creatures, when their world is pushed back due to advancing technologies, making fairies and other magical creatures an endangered species. It is a very predictable comedy series, much like Wizards of Waverly Place, which made Selena Gomez famous.

The Bureau of Magical Things Cast: Who is in it?

The Bureau of Magical Things Plot: What is it about?

The Bureau of Magical Things, as is evident from its name, is a story about the existence of magical beings in our world. Kyra is magically transformed into a Tri-ling when she finds herself caught in between the clash of an elf and a fairy. Now that she is part human, fairy and elf, she find new friends in Lily (a fairy) and Imogen (an elf) who introduce her to their secret world. She joins a magic school with them headed by Professor Maxwell. Here, Kyra learns how to control her newfound magical powers and begins to lead a double life. While leading a double life, several goof-ups happen at the school when Kyra, Lily and Imogen are handed tasks by Prof. Maxwell to complete in order to become members of DMI. In doing so, they sometimes convert Kyra’s friend Peter into Shakespeare’s Romeo, a postman into a dog and Maxwell into a guinea pig. Kyra’s faith is tested by Sean (Director of Magic) when he invites her to lunch. As she realises what the purpose of their meeting is, she has an argument with Sean.

Leading a double life makes Kyra distant from her stepfather Steve and her skills of playing basketball all but wither away. Lily and Imogen help Kyra to win a basket ball match with their powers. Later, Kyra realises that an Orb was hidden in the book which gave Kyra the magical powers, and soon realises that the same Orb could be used to take her magic away. In doing so, she will lose her memory of magic as well. As she is attempting to use it, Imogen steals the Orb and hides it in Kyra’s room. Kyra finds out that it was Orla who has been manipulating Darra and Lily in getting the Orb. Kyra loses her magical powers, and Orla’s intentions become clear; she plans on taking over the world and introducing magic to humans. Maxwell and his class learn it’s the Orb which can restore Kyra’s memory of magic and her magical powers. Kyra’s magic and memory return, and it becomes a valuable weapon for her when an unexpected threat materializes. It is a call to the young guardians, humans, fairies and elves alike to come together and unite to save both their worlds.

The Bureau of Magical Things Season 2 Release Date: When will it premiere?

The first season of the kids series was filmed in Queensland and was created and developed by Jonathan M Shiff (also known for H20: Just Add Water, Mako Mermaid, Thunderstone, Ocean Girl, Horace and Tina). The series is a raving hit in multiple languages. Season 1 premiered on July 8, 2018 and ran till November 25, 2018. As far as Season 2 is concerned, even though producers have hinted it, no official sources have confirmed a renewal of the show. If the show does get renewed, Season 2 might release sometime in the winter of 2019.

The Bureau of Magical Things Trailer:

Here is the trailer to the first season of the show while you wait for updates on the next season. This is also a good time to watch its debut season which is available on Amazon Prime.