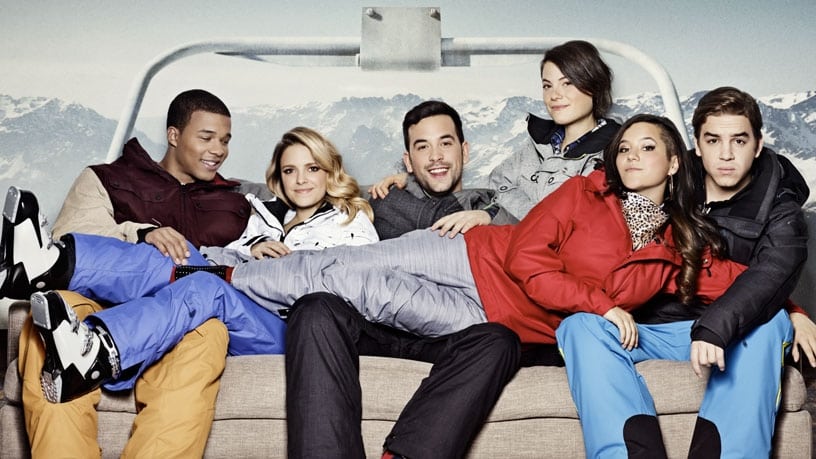 Netflix has been known to bring to the viewers a wide range of shows. ‘The Chalet’ or ‘Le Chalet’ is a French horror-thriller with the elements of crime and slasher genres mixed in and it will give you chills. The story is of six friends, reunited for a vacation at a remote Chalet. But soon this vacation turns into a fight for survival as they are cut-off from the rest of the world and someone is picking them off one by one. Watch what happens when secrets of the past come to light. It has been created by Alexis Lecaye and directed by Camille Bordes-Resnais.

This series is one of the several shows that Netflix has been acquiring from other countries. The decision on part of the streaming giants to go international, for their content, is a wise one since it not only gives them a varied and rich library where various cultures are represented, but it also gives them a chance to appeal specifically to the viewers of that country since they are more likely to enjoy a show that they feel more at home with. Netflix is attempting to bring foreign cultures closer with the inclusion of shows from several countries, be it the Spanish series, ‘La casa de papel’ or ‘Money Heist‘, the German show ‘Dark‘, or the Danish show, ‘The Rain‘. ‘The Chalet’ is a French addition to this impressive international repertoire of shows.

The show received praises all around, not only from the French audience but from American fans also. It has also developed quite a steady fan base. Critics have praised it too, saying, “The Chalet won’t make you think much, but if a five-hour spooky romp in the French woods sounds like fun—if pulp meets prestige is your thing—give it a whirl.”

The Chalet Cast: Who is in it?

In the upcoming season, the main cast is expected to return, and we could see some new characters as well if the lives of these existing characters were to be expanded upon. However, since it is purely conjecture, for now, the series could also take the path of an anthology and introduce a new story in the upcoming season, which would mean that we might get an entirely new cast.

The Chalet Plot: What is it about?

If you are a horror fan, then this must be your next pick. The plot of ‘The Chalet’ revolves around six friends who go to a reunion which turns into a horror episode as they get cut off from the world, with no way to reach for help. The bridge to the Chalet collapses and their cell phones are not working either. What will happen when they struggle to survive, with no help in sight?

The plot of the story alternates between two timelines to show that the past always catches up to us. One of these is the 1997 timeline. Here we see Jean-Louis Rodier, a Parisian writer who seems to be suffering from writer’s block. He decides to move to his wife Francoise’s hometown Valmoline, which is a small village in the Alps. He ends up renting a cottage owned by Philippe and Florence Personnaz who also happens to own the only bar in town.

The new life is not easy on the author or his family since the village is very insular in nature. Matters are complicated when the second novel does not seem to be progressing in this new setting either. Feeling inadequate, the author alienates his wife and befriends Muriel, who is the local barkeep and the sister of Philippe. He believes her provincial life could be the setting for his new novel. Julien, his son, befriends the local carpenter’s daughter, Alice Bordaz. This draws animosity from all the local boys, especially Sébastien Genesta, who seems to have unrequited feelings for Alice. In this hostile atmosphere, the entire Rodier family suddenly disappears without a trace.

In the 2017 timeline, we see Manu Laverne, one of the children who grew up in the village, deciding to reunite his friends from childhood to celebrate his wedding with Adele, who happens to be two months into pregnancy. As they travel towards the chalet, they cross a bridge which connects the village to the rest of the world. When they are halfway across, a boulder wrecks the bridge, trapping them in the small town for a considerable time period. Soon they discover that the telephone and internet are not working either, and isolated, they find the secrets of the past catching up with them, as a terrible plan of revenge starts to unfold. As each member gets targeted, no one really knows if a person is behind this, or if the actions are supernatural in nature. The show is sure to leave you hooked. Hopefully, in the upcoming season, it can continue this somber tone and aura of intrigue.

The Chalet Season 2 Release Date: When will it premiere?

‘The Chalet’ Season 1 premiered on March 26, 2018, and on April 17, 2018, on Netflix. For now, neither France 2 nor Netflix have made any announcements about another season of the show. However, fans have demanded more, and Netflix has a policy of keeping shows going if there are adequate viewers. Thus we have every reason to believe this series will get renewed. ‘The Chalet’ Season 2 might air sometime in early 2020, but do stay tuned for an official update.

While we wait for an update on ‘The Chalet’ Season 2, check out the Season 1 trailer below.