The Challenge 35: Cast and Spoilers 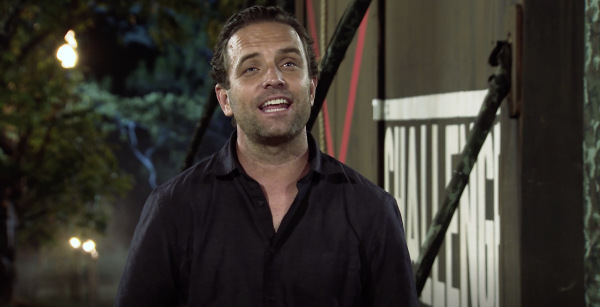 MTV’s ‘The Challenge‘ is a reality show wherein contestants take part in extreme challenges, trying to come out ahead. The winner ultimately gets a big cash prize. However, while money is a motivating factor, most people on the show are thrill-seekers, which makes the series an incredibly enjoyable watch.

The Challenge 2020 Release Date: When Will It Premiere?

‘The Challenge’ has a different cast each time, and the participants are usually from other reality shows. This time, the female participants include Aneesa Ferreira from ‘The Real World: Chicago’, Ashley Mitchell and Jenna Compano from ‘Real World: Ex-Plosion’, Bayleigh Dayton of ‘Big Brother‘ fame, and Dee Nguyen of ‘Geordie Shore‘. We also have Jennifer Lee from ‘The Amazing Race‘, Jennifer West from ‘Survival of the Fittest’, Kailah Casillas of ‘Real World: Go Big or Go Home’, and ‘Lindsay Lohan’s Beach Club‘.

Also joining us, are Kaycee Clarke, a winner on ‘Big Boss’, Mattie Lynn, who has recently become a part of ‘Floribama Shore‘, Melissa Reeves from ‘Ex on the Beach‘ (UK), Nany Gonzalez from ‘The Real World: Las Vegas’, Tori Deal from ‘Are You The One?‘, and Tula “Big T” Fazakerley of ‘Shipwrecked’.

As far as the male participants are concerned, we have Asaf Goren, who has appeared in numerous reality shows, including ‘Are You The One?’. Apart from that, we have Chris “Swaggy C” Williams and Faysal “Fessy” Shafaat of ‘Big Brother’, Cory Wharton of ‘Real World: Ex-Plosion’, CT Tamburello of ‘Real World: Paris’, Jay Starrett of ‘Ex on the Beach’, Johnny Bananas of ‘Real World: Key West’ and Jordan Wiseley of ‘Real World: Portland’.

We also have Josh Martinez, a ‘Big Brother’ winner, as well as Kyle Christie from ‘Jordie Shore’, Nelson Thomas, also from ‘Are You The One?’, Stephen Bear from ‘Shipwrecked’, Wes Bergmann from ‘Real World: Austin’ and Rogan O’Connor from ‘Ex on the Beach’ (UK).

Besides the participants, we have T. J. Lavin returning as the host. Notably, he has been acting as the host on MTV’s ‘The Challenge’ since Season 11.

Currently, Season 35 of ‘The Challenge’ has been named ‘The Challenge: War of The Worlds III- Battle for Independence’. Notably, the filming has taken place in Prague, Czech Republic, and the Austrian Alps. Sources state that this is the first time since 2017’s ‘The Challenge: Dirty 30’, that contestants are competing individually.

They have been living in an underground shelter, during filming, with Port-O-Potties being placed outside as bathrooms. We also know that participants have to win an elimination before progressing to the final. This marks a first in the franchise’s history and urges each participant to actually compete for a spot in the final.

Aneesa Ferreira, herself, loses to Bayleigh Dayton, while Nelson Thomas is sent home as well. Dee Nguyen ultimately falls to Jenny West. The remaining participants head to the finals, where Rogan is eliminated. In fourth place are Melissa and Fessy. Reeves does not complete the final.

Bayleigh and Cory are in the third place, with Dayton injuring herself, and being unable to complete the final. Kaycee and Kyle are in second place. The winners are Jenny West, the two-time competitor, and Johnny Bananas, whose name is almost synonymous with ‘The Challenge’, as he has won it six times. However, Season 35 has seen the rookies perform strongly as well. Tune into the MTV series, to find out how ‘The Challenge’ Season 35 plays out.