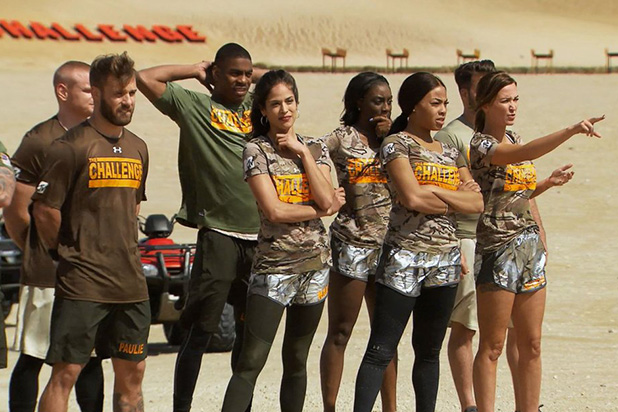 ‘The Challenge’ is a reality tv show that airs on MTV and developed as a spin-off to the channel’s two other game series, ‘The Real World’ and ‘Road Rules’. The format of the contest comprises several rounds of extreme challenges, with a team of participants being pitted against one another — in order to make it to the top and win a grand cash prize.

‘The Challenge’ was originally released on June 1, 1998, with the title ‘Road Rules: All Stars’. In the second season, the name was changed to ‘Real World/Road Rules Challenge’, after which it was again renamed ‘The Challenge’ from season 19 onward.

Season 34, titled, ‘The Challenge: War of the Worlds 2’, premiered on MTV in August 2019. Spanning 453 episodes during its long-term run to date, the show is one of MTV’s most acclaimed titles. Now the question is, will there be a ‘The Challenge’ season 35? Let’s find out.

As far as the next season is concerned, MTV has not made any official announcement yet. But there have been speculations that it will be named ‘The Challenge: Apocalypse’ and the contest will be held in Prague, Czech Republic. The cast is expected to be hosted in a bunker in Prague and not in the general, spectacular locales. This means that the players will have to adjust to multiple adverse living conditions while competing with another in a set of extreme challenges.

As far as release schedule for the next season is concerned, we do not have an update on the exact dates yet. But we do know that the show airs two seasons every year. Hence, if things go as planned, ‘The Challenge’ season 35 is most likely to premiere sometime in February 2020.

Who’s the host of The Challenge?

‘The Challenge’ has featured several hosts in its previous seasons, including tv personalities like Eric Nies and Mark Long, followed by Jonny Moseley and Dave Mirra. Currently, the show is hosted by T. J. Lavin, who has been in this role since season 11.

Over the years, the contestants featured on the game have consisted of alums from other reality tv series, such as ‘The Real World’, ‘Road Rules’, ‘Are You the One?’, ‘Big Brother‘, and ‘Ex on the Beach’. Participants who debuted directly on ‘The Challenge’ have also participated in some seasons.

Season 34 featured 32 contestants, including alumni from ‘The Real World’, ‘The Challenge’, ‘Are You the One?’, ‘Big Brother’, ‘Love Island UK’, ‘Survivor Turkey’, ‘American Ninja Warrior’, ‘Vanderpump Rules’, ‘Geordie Shore’, ‘Ex on the Beach’, ‘Shipwrecked’, ‘Survival of the Fittest’, and ‘BKCHAT LDN’.

Season 35, as and when it happens, is expected to carry the legacy forward while throwing the limelight on a fresh batch of contestants from various other reality tv franchises.

What’s The Challenge about?

In ‘The Challenge’, the cast members are segmented into teams, depending on the particular season’s selection criteria. The groups then compete with one another in a series of quests in order to avoid elimination, win prizes, and make it to the next stage. The team which wins the final mission is declared as the winner and they get the chance of pocketing a grand cash prize.

In season 34, the players were divided into two teams, based on the country of origin. There were four categories of matches, Main Match, Nominations, Tribunal, and Death Match. Toward the end, the remaining contestants had to compete in their own teams in the Final Challenge. The team that won received a cash amount of $1,000,000, which they split among the members.

Season 35 should follow the same structure, more or less, with twists introduced in each round. For instance, the elimination round might differ from that of the previous season in terms of title, design, and general atmosphere. Of course, the drama among the contestants will vary, depending on who is invited/selected for the season. The location will also change and there shall be a new title, depending on the central theme of the show.

While we wait for an update on ‘The Challenge’ season 35 release date, you can check out the official trailer for season 34 below:

The Official Trailer For The Challenge: War of The Worlds 2

It's a brave new war. 🇺🇸🇬🇧 #TheChallenge34The Challenge: War of The Worlds 2 premieres Wednesday, August 28th at 8/7c on MTV. 💪

Will There be a The Great Pottery Throw Down Season 4?

When Will Dragon’s Dogma Season 2 Release on Netflix?

The Bradshaw Bunch: Everything We Know