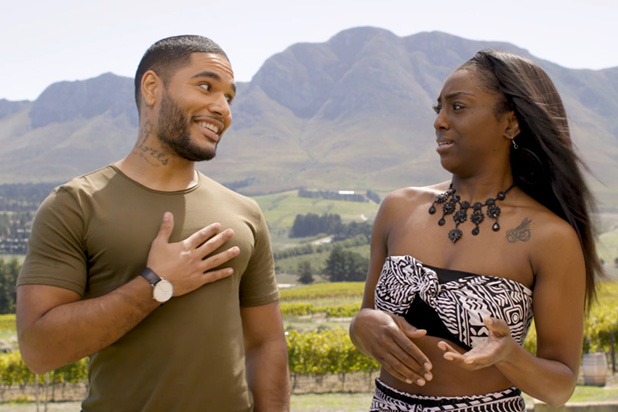 MTV had issued a statement, cutting all future ties with Dee, because of her racially insensitive statements on Twitter. However, she still appears in season 35 since the episodes were already filmed before this incident happened. Last week, she was blindsided and sent into elimination — only to win a red skull. This means we see her in last Wednesday’s episode as well. Well, we will cover all the major bits of the 12th part in our recap section. But before that, let’s get ready for the next week. Read on to know everything about ‘The Challenge: Total Madness’ episode 13.

The Challenge: Total Madness Episode 13 Release Date: When Will It Premiere?

MTV describes the upcoming episode as follows: “Nany and Kaycee’s budding relationship brings out a shocking side of Bayleigh, as well as some alleged tea about Kaycee and Bayleigh’s past; two women compete for their Red Skull in the brutal Off With You Heads elimination.”

Where to Watch The Challenge: Total Madness Episode 13 Online?

The first challenge is called Tanks-A Lot, which is a two-stage game played in teams of three each. In Phase One, the players need to pile up as much debris as they can from a junkyard in a bin — until TJ says stop. The team with the heavier bin proceeds to Phase Two. Here, contestants are tied to massive, heavy sleds and they need to make it to the finish line. The first team to win the race forms the Tribunal. The winners are Fessy, Bayleigh, and Dee.

In the house votes, it is decided that Cory is going into elimination. However, he is suffering from an ankle injury and this could hamper his chances of winning. The following day, the Tribunal interrogates Josh, Swaggy, and Kyle. And we have Swaggy going against Cory. The elimination challenge is called Launch Button. Players are strapped into a harness and as they swing back and forth, they need to press buttons on the side of a 40-ft. container. The buttons are connected to lights that power up and the one who manages to power all the lights first wins. Finally, the winner for the round is Cory, who wins a red skull. As for Swaggy, he bids his farewell for the season.