When Will O Escolhido Season 3 Premiere on Netflix? 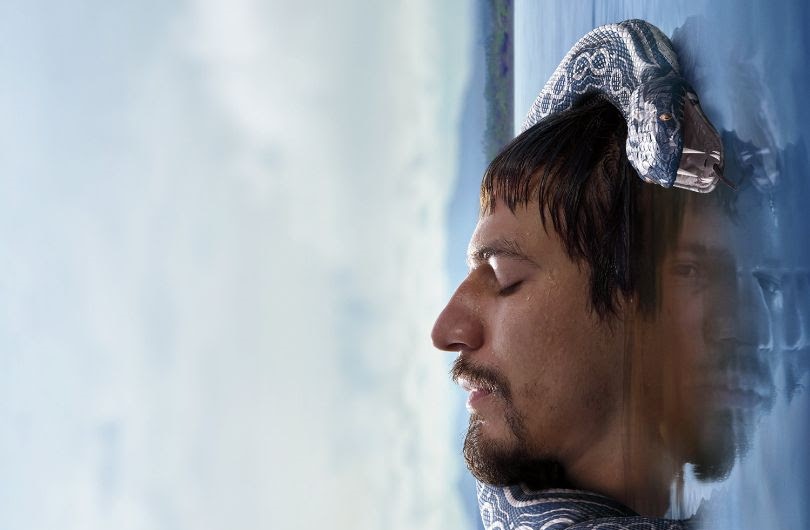 Right since Netflix started creating original content, the company has always strived towards providing audiences with something they have never seen before. This is what has made them among the foremost TV show creators in the world today. So when they wanted to reach out to the international audience, Netflix realized that the best way to do so would be to create original content from around the world. Such shows have really gone a long way in boosting Netflix’s popularity in many countries like India, Israel, South Africa, and Brazil.

The streaming giant has produced shows like ‘Samantha!‘, ‘Super Drags‘, and ‘Killer Ratings‘. Each of these shows has received widespread popularity not only in Brazil but all over the world. Netflix’s first crime-thriller series from Brazil is ‘O Escolhido’, or ‘The Chosen One’, which revolves around three doctors who go to a village after learning about a virus outbreak. The series is inspired by a Mexican show called ‘Niño Santo’. The show is produced by Mixer Films and directed by Michel Tikhomiroff.

The series, since its launch, has spanned two successful seasons to date. Now the question is, will there be a ‘The Chosen One’ season 3? Let’s find out.

The Chosen One Cast: Who is in it?

The series has an all-Brazilian cast. The central characters of ‘The Chosen One’ are the three doctors who are sent to a virus-infected village. These doctors are played by Paloma Bernardi, Pedro Caetano, and Gutto Szuster. The characters they play are called Lúcia Santeiro, Damião Almeida, and Enzo Vergani respectively.

Bernardi is a Brazilian actress who became famous after her performance in the hit TV series ‘Viver a Vida’. Caetano, on the other hand, has been a part of feature films like ‘The Devil Lives Here’ (2015) and ‘Disparos’ (2012). Szuster can be seen in shows like ‘States of Grace’ and ‘Morando Sozinho’.

The main antagonist of the series is the leader of a cult. This person is simply referred to as ‘The Chosen One’. This enigmatic character is played by Renan Tenca. This is the actor’s second collaboration with Netflix after his role in the series ‘3%‘. He can also be seen in shows ‘Don’t Call Me Son’, and ‘Feras’. Other important members of the cast are Mariano Mattos Martins, Alli Willow, Tuna Dwek, and Kiko Vianello.

All the lead cast members are expected to make a comeback in season 3, as and when that happens.

The Chosen One Plot: What is it about?

The dystopian thriller genre has become quite popular in recent times. With constant reports of how climate change is taking place all around the world, the possibility of civilization as we know it coming to an end. And this theme has managed to find increasing representation in TV shows and films. In these stories, usually, one aspect of the natural world has a malfunction which leads to an eventual collapse of the society. Though ‘The Chosen One’ is not exactly a dystopian story, its plot is highly inspired by a similar theme.

The story of the show starts with an incidence of Zika virus’ mutation that has been observed in a small village. If the residents of the village are not vaccinated in a timely manner, there is a chance that many of them might end up dead. Thus, the authorities send in three young doctors to see to it that no one in the village is left unvaccinated. However, this regular job soon turns out to be deadly for the doctors. First of all, the villagers refuse their treatment. They have been brainwashed by a cult leader called The Chosen One who believes that he can invoke the higher powers to cure the villagers of their ailment. The doctors get entrapped in a world of secret communities. Even if they are killed, no one is going to open their mouths against the cult.

Season 2 picks up the story from season 1’s finale, which ends with burning questions, such as, “Is Enzo really as selfish as he is portrayed to be?” The second part attempts to give answers and begins with Lucia making a severe diagnosis and several infected victims assembling in Aguazul. The Chosen One gets increasingly merciless and compels everyone to witness a dire spectacle while Lucia makes a pact with the devil himself. Toward the end, the villagers lie exposed more than ever and The Chosen One suffers a major blow.

Season 3, when it happens, is expected to embrace the storyline from where it leaves off and continue chronicling the fate of the central characters.

The Chosen One Season 3 Release Date: When will it premiere?

‘The Chosen One’ Season 2 premiered on December 6, 2019, on Netflix, in all its entirety of six episodes.

We know that cults have always been a thing of interest for viewers. So, considering the uniqueness of the show, we wouldn’t be surprised if it keeps going for a few more seasons. Even writers Raphael Draccon and Carolina Munhóz expressed their willingness to let the story continue for additional installments, saying, “When you write a show whose core is a mystery, you need to make a very risky decision: tell everything in one season giving the audience all the answers but knowing that you can’t extend more than that, or think long term and be aware that you are only going to be able to tell that story on multiple seasons. We went with the second option.”

Noting its amazing response from fans and the long-term plan of the creators, the series is definitely all set to make a comeback. If everything falls in place, ‘The Chosen One’ season 3 will most likely release, sometime in June 2020.

The Chosen One Trailer:

You can check out the official trailer for season 2 here.