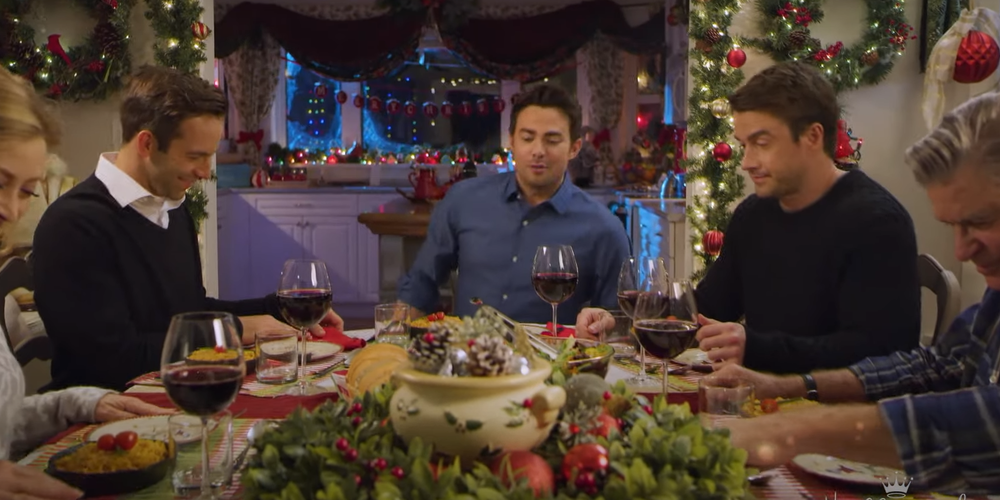 ‘The Christmas House’ is a Hallmark holiday film that tells the heartwarming story of a family who comes together to celebrate Christmas and turn their family home into a Yuletide wonderland that has become an end-of-year staple for their whole community. The over-the-top decoration of the Mitchel house for Christmas takes up to two whole weeks. Parents Bill and Phylis welcome their sons Brandon and Mike home for the holidays but each family member comes with emotional baggage. Soon, the warm glow of the festivities and the support and love of family melt away their problems and give way to a whole lot of joy. With ‘The Christmas House’, Hallmark breaks new ground and makes history as they feature their first-ever gay couple in a Christmas film. Curious to know where ‘The Christmas House’ was filmed and who’s in the cast? We’ve got all the information right here.

‘The Christmas House’ was filmed entirely on location in the province of British Columbia, Canada. Here are more details about the filming location. 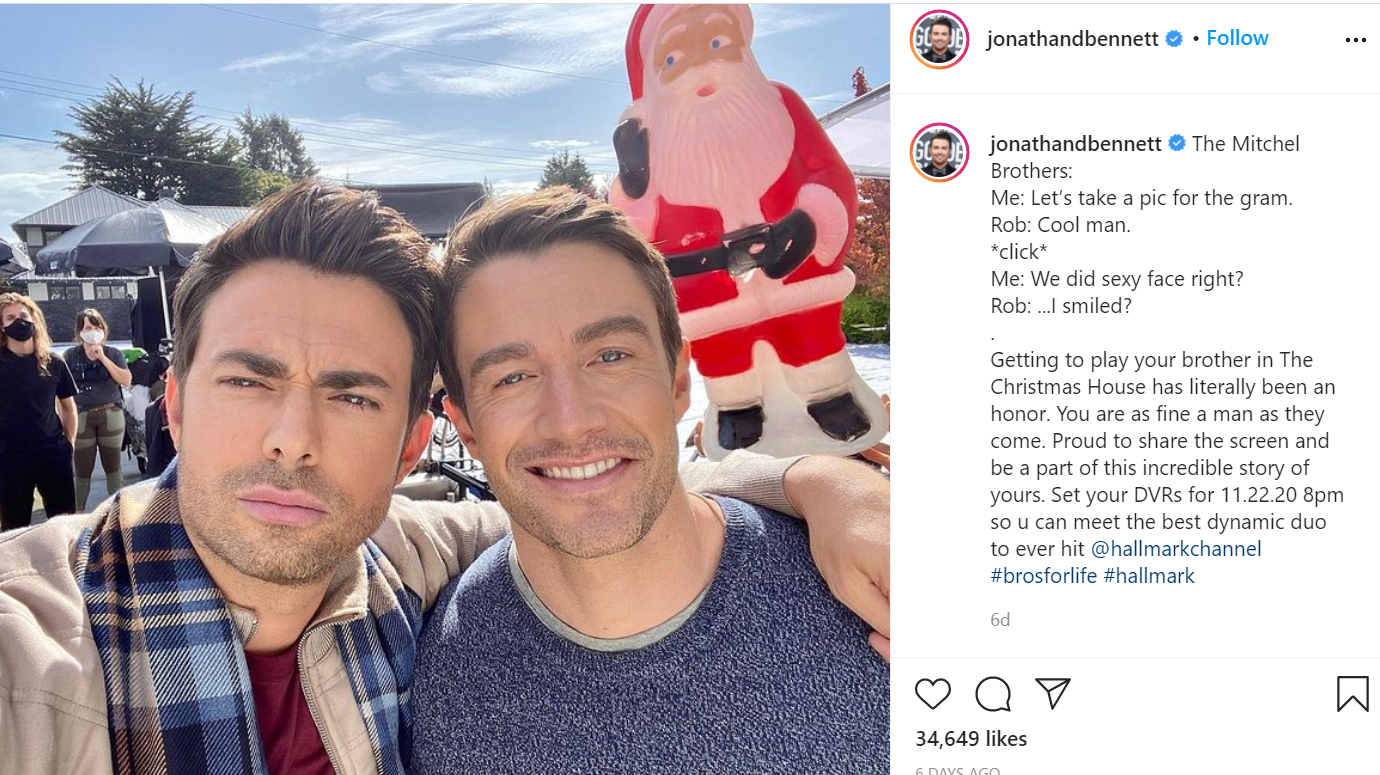 Victoria, the capital city of British Columbia, serves as the main filming location for the Hallmark movie ‘The Christmas House’. Other films and TV shows to have filmed in Victoria include titles such as ‘The X-Files’, ‘Deadpool’, ‘X-Men’, ‘2012’, and ‘Little Women’. Victoria is also quite popular a filming location for made-for-TV Christmas movies. 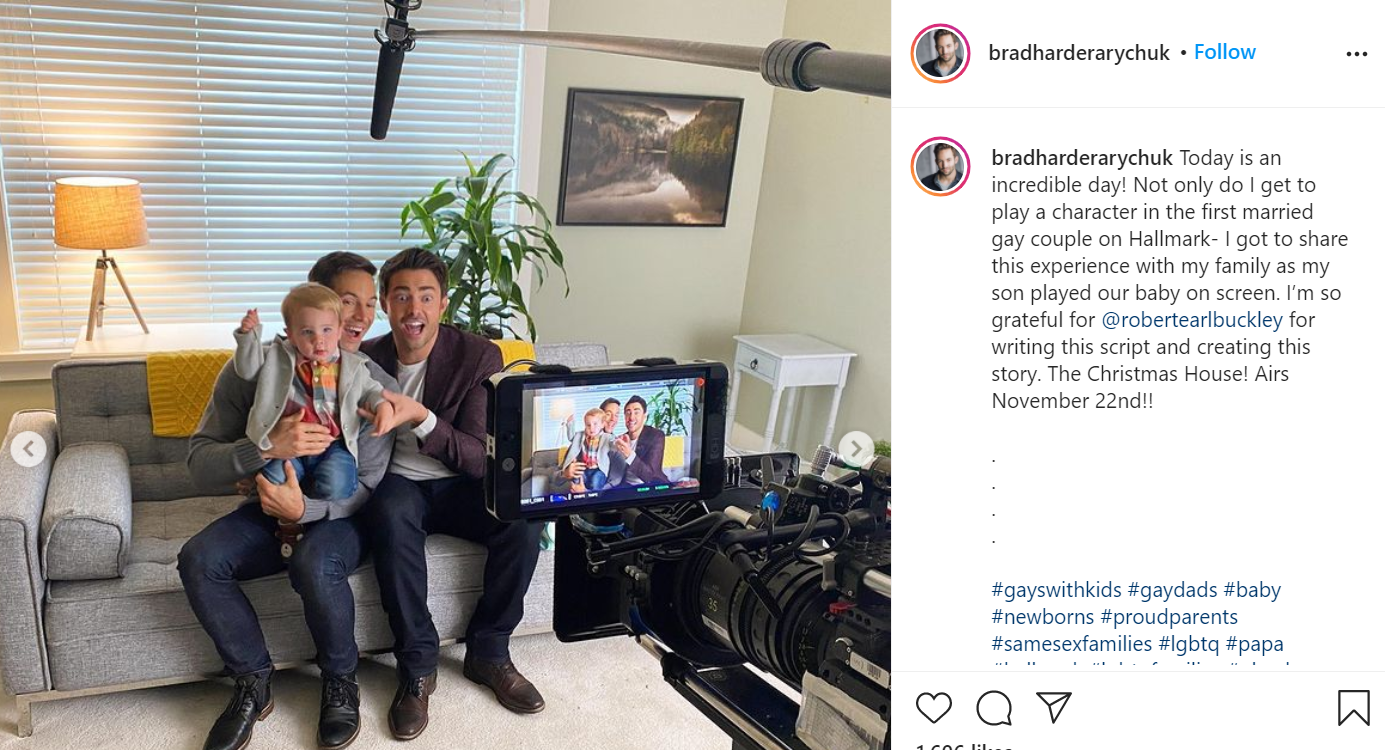 ‘The Christmas House’ features the acting talents of a great ensemble cast with everyone playing their roles in a wonderfully convincing manner. Broadway legend Sharon Lawrence (best known for ‘NYPD Blue’ and ‘Shameless’) portrays the role of Phylis, who is facing some problems in her marriage with Treat Williams’ Bill. You may recognize Treat Williams from shows like ‘Chesapeake Shore’, ‘Chicago Fire’, and ‘American Odyssey’. Robert Buckley (‘iZombie’, ‘One Tree Hill’) plays one of the Mitchel brothers, Mike, who has lost his dream job and is currently unemployed. His character connects with his high-school crush and neighbor Andi (Ana Ayora of ‘Captain Marvel’). ‘Mean Girls’ star Jonathan Bennett plays the other Mitchel brother Brandon who, along with husband Jake (Brad Harder of ‘Aurora Teagarden Mysteries’), is stressed about the adoption of their first child. 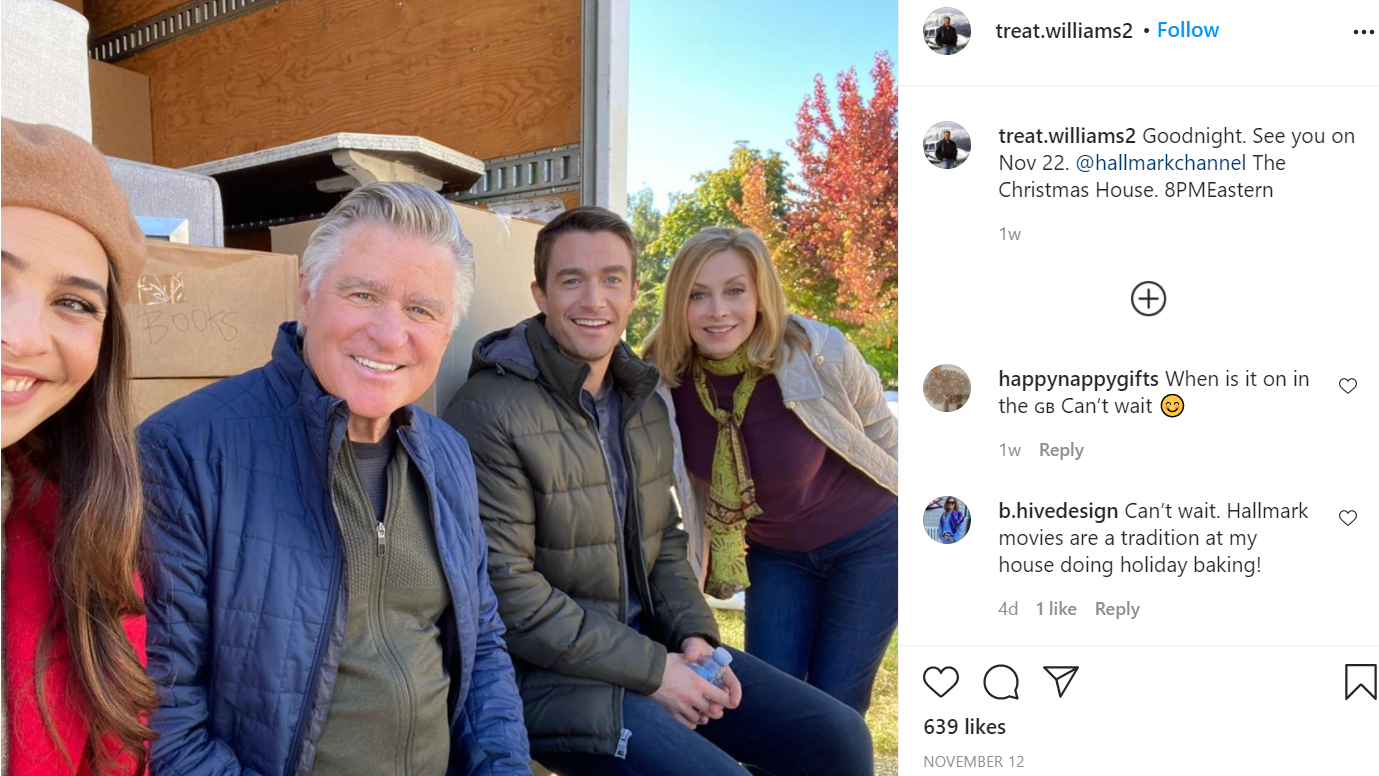