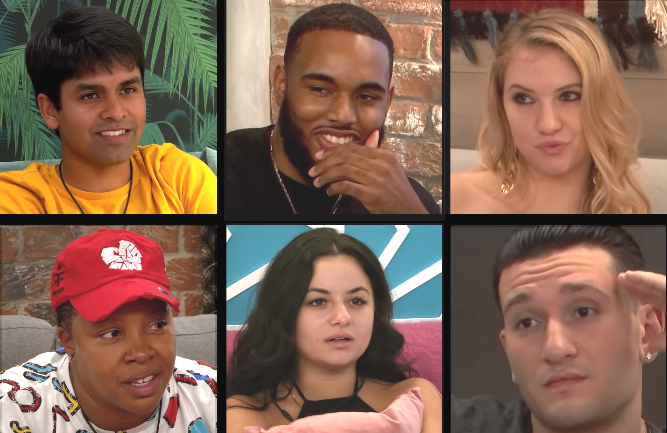 The popularity of reality shows is increasing with each passing day, and Netflix is cashing in on the trend, every chance it gets. Joining the party is ‘The Circle’, an adaptation of the British reality series of the same name.

‘The Circle’ revolves around a group of strangers who are living in the same house but in different rooms. The contestants are aware of the fact that they are close to each other, but they don’t get to meet until their eviction. The only medium of communication they have is the app – ‘The Circle’ – which, in a lot of ways, resembles a social media app. The contestant with the most likes becomes an influencer and stays ahead of everyone by dodging elimination or being blocked from the game. The winner takes home, a huge cash prize. What makes the competition so interesting, is the fact that the contestants are given an option to assume any identity while interacting with other contestants. It is basically, fake it till you make it!

Talking about the motivation behind the order of the series, Brandon Riegg, Netflix Vice President of Unscripted Content said, “The Circle has already proven to be a compelling, timely, and buzzworthy show. We think the show’s combination of modern social media interaction and competition will captivate Netflix members around the world, in multiple languages, and we’re delighted to partner with Studio Lambert and Motion to produce these three new local versions.”

The Circle Episode 9 Release Date: When Will it Premiere?

‘The Circle’ season 1 premiered on January 1, 2020. Deviating from its usual binge-worthy model of dropping all the episodes at once, Netflix revealed that twelve episodes will be airing from January 1 to January 15 with four episodes being released every Wednesday as part of the “three week event. Which means, Circle’ episode 9 will release on January 15, 2020. You can watch all the episodes on Netflix.

That’s not all, on October 9, 2018, Netflix announced that it has commissioned three versions of the social media meets reality series – the United States, Brazil, and France. So, the fans of the show already have two more seasons to look forward to after ‘The Circle’ season 1.

Stephen Lambert, CEO of Studio Lambert, spoke to The Hollywood Reporter about how the popularity contest is going to change the game for Netflix’s unscripted content. He said, “Social media has radically changed the way we make friends, conduct relationships, argue and even fall in love. But how truthful are our online identities? The Circle is a thought-provoking and entertaining way of exploring such questions and the chance to make different versions for Netflix’s global audience was irresistible.”

The Circle Cast: Host and Contestants

Michelle Buteau features as the host of ‘The Circle.’ She is an actor, a stand-up comedian, and a podcast host. Buteau is known for her adorable performances on Netflix’s ‘Always Be My Maybe‘ (starring Keanu Reeves, Ali Wong, and Randall Park), and Rebel Wilson–Liam Hemsworth starrer ‘Isn’t It Romantic.‘

What is The Circle about?

‘The Circle’ follows a group of players, living in the same refurbished building but different rooms. The contestants are devoid of the liberty to meet each other face-to-face throughout the competition, with an elimination being the only exception. Each contestant has a social profile, which is how they interact with one another via a specially-designed app called ‘The Circle.’

The app bestows each contestant with the ability to portray a fictional version of themselves to the other participants, wherein some contestants assume different identities and genders, thus making the game a lot spicier.

There is a rating process, enabling the contestants to rate each other from highest to lowest. Once the average scores are revealed, the two highest-rated participants become “influencers,” while the rest face a risk of being “blocked” at the hands of the influencers. The blocked ones are eventually eliminated but receive a chance to personally meet a player of their choice, before their exit.

The rating takes place one last time in the finale, where the player with the highest rating wins the game and claims a cash prize of $100,000. It is basically ‘Big Brother‘ meets ‘Catfish,’ with a dash of ‘Black Mirror’ (Nosedive).

Are the players going to figure out who is bluffing and who is telling the truth? Well, looking at the trailer, we are sure ‘The Circle’ season 1 is going to be hilarious and, at times, jaw-dropping. Check it out!