The Conners S02 E11: Everything we Know 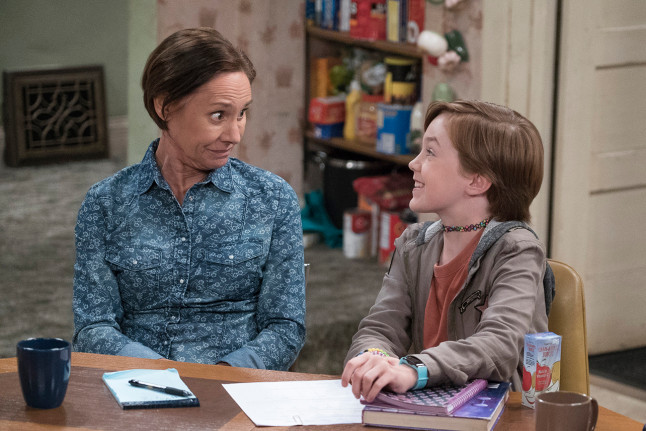 Reboots are in the air! ‘The Conners’ is yet another example of a successful show before the 2000s being re-imagined/rebooted for television, banking on its established popularity. The ABC sitcom returned after a mid-season break of more than one month on January 21, 2020.

A spin-off of the 1988 television series, ‘Roseanne,’ ‘The Conners’ follows the titular working-class family as they struggle to get through life with a modest household income. Moreover, they are also shown dealing with the death of their matriarch, Roseanne in the fictional town of Lanford in Illinois.

Both, ‘Roseanne’ and ‘The Conners’ have received tons of praise for depicting the routine conflicts of a working-class American family with accuracy.

When is The Conners Season 2 Episode 11 Release Date?

The eleventh episode of the second season of ‘The Conners’ is scheduled to premiere on January 28, 2020 at 8/7c on ABC. The episode is titled ‘Mud Turtles, A Good Steak and One Man in a Tub’ and returns one week after the tenth episode of the show was aired. The show follows a weekly format with a new episode being premiered every Tuesday.

Where to Watch The Conners Season 2 Episode 11 Online?

You can watch the eleventh episode of the second season of ‘The Conners’ by tuning into ABC during the timeslot given above. Moreover, you can also watch the episode live with a valid cable provider’s login on ABC’s official app or website.

Additionally, YouTube’s Live TV Service is also a place to catch the show live apart from Hulu With Live TV and Direct TV. You can also buy/rent specific episodes on Amazon Prime Video.

The tenth episode of the second season of ‘The Conners’ turns out to be one big, warm (albeit competitive) family affair. It might have been the funniest episode of the season so far. The episode revolves around the Conners family enjoying a football game: displaying the sport’s popularity and the country’s obsession with it.

To begin with, Mark admits to Dan that he doesn’t care much about football. Dan tells him that unlike his identification as a homosexual, passion for football is a choice.

On the other hand, Becky’s boyfriend, Wyatt finds it tough to gel with the Conners family once again. This time, that is because he supports the Packers while the Conners are die-hard Bears fans. What’s more? He has a cheese hat on his head! Moreover, he makes things worse for himself after proclaiming that he won’t celebrate when a player gets injured because he is a Christian.

Meanwhile, Jackie gets addicted to online gambling as she bets on the football game. Ben and Darlene, on the other hand, try to get a loan for their new magazine business.