Where to Stream The Courier? 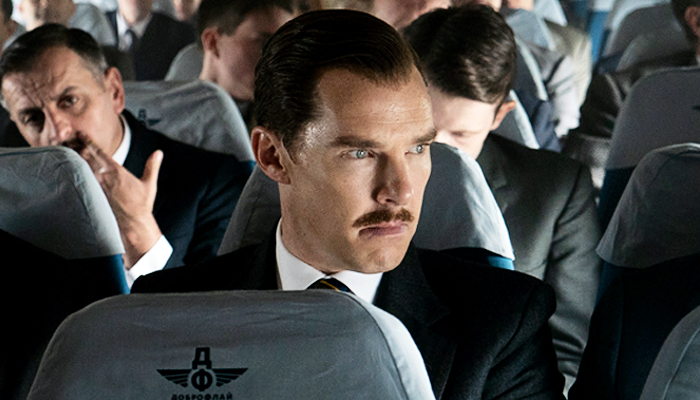 We cannot wait to enter the shadowy world of spycraft and espionage in ‘The Courier,’ a historical drama. It tells us about Greville Wynne, a British businessman who’s recruited as an MI-6 agent. He collaborates with Oleg Penkovsky, a Soviet spy. The latter passes information to the West, which actually helps in defusing the Cuban Missile crisis in 1962. Very often, the significant events of the world are shaped by such anonymous people who work in the background to move mountains. If you’re wondering where to stream this spectacular tale, we’ve got you covered, right after we tell you a bit more about the story.

What is The Courier About?

The events in ‘The Courier’ are based on a true story, as we learn how the British businessman helped the CIA gain access to the Soviet nuclear program during the Cold War. Apart from gaining valuable information about the enemy, the agency also received invaluable help from the businessman and his Russian source, which helped put an end to the Cuban missile crisis.

Is The Courier on Netflix?

Netflix has a fascinating roster with the kind of content that keeps viewers hooked. ‘The Courier’ might not be on the streaming site yet, but you can always check out ‘The Red Sea Diving Resort.’ A team of Mossad agents plans to rescue Ethiopian Jews, knowing the situation is tense on the ground. To avoid the eyes of the authorities, they set up the cover of a fake diving resort by the Red Sea.

Is The Courier on Hulu?

Hulu doesn’t hold back when it comes to ensuring that streamers have the best experience. As such, the platform keeps making smart additions to its roster. ‘The Courier’ might not be on Hulu, yet you can check out ‘Operation Finale,’ where a team of Israeli agents has to track down Adolf Eichmann, the Nazi who orchestrated the Holocaust. They have to take him to Israel, from his hideout in Argentina.

Is The Courier on Amazon Prime?

‘The Courier’ is not available for Amazon Prime subscribers, even though the platform has sourced content from all around the world. There’s no reason to feel low if you can’t watch the movie because we recommend an excellent alternative – ‘The Spy Who Came in From the Cold.’ It is based on Jean le Carre’s tautly narrated story, which follows Alec Lemas, an aging spy who refuses to come in from his world of shadows. Instead, Lemac opts for one final mission, which might turn out to be fatal.

Where to Watch The Courier Online?

Unfortunately, you cannot stream ‘The Courier’ online anywhere at the moment. Though you can watch the film at your nearest movie theater. You can book your tickets here.