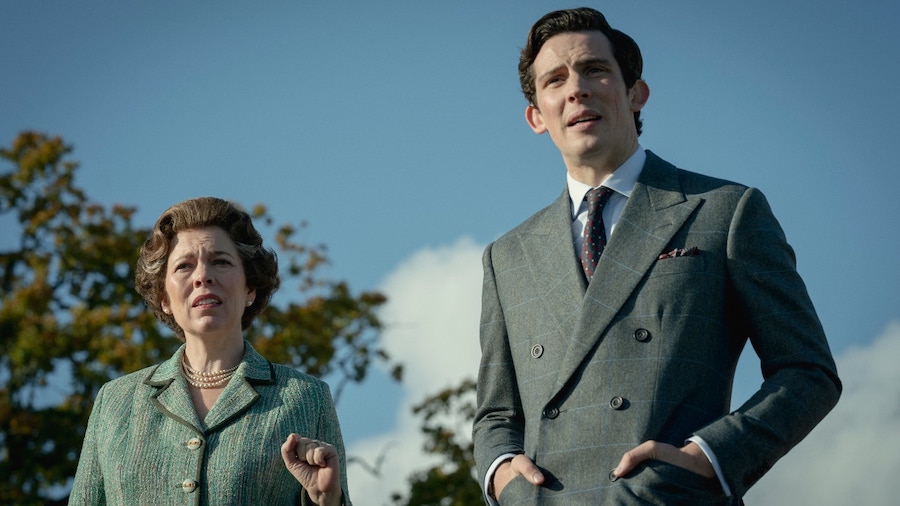 Based on an acclaimed accolade-winning play ‘The Audience’ by showrunner Peter Morgan, the Netflix-original drama series ‘The Crown’ chronicles the life story of Queen Elizabeth II from the 1940s to modern times. Tracing her rise from a young, newly married royal personality to one of the most recognizable and iconic rulers in the world, the show explores what it means to be a public figure and the toll politics and power can take on one’s personal life.

For those on the lookout for an escape in these trying times, whether from one’s daily drudgeries or the uncertainties of modern politics, ‘The Crown’ is a welcome refuge. So, let’s find out everything we know about ‘The Crown’ Season 4!

Fans can mark their calendars because we have a premiere date for the fourth season. ‘The Crown’ season 4 is slated for a release on November 15, 2020, at 3 a.m. ET on Netflix. Fortunately, there isn’t a delay in its release time as the production for season 4 wrapped up shortly before the nationwide lockdown due to the COVID-19 began.

The Crown Season 4 Cast: Who is in it?

Keeping up with the tradition of recasting the series every two seasons, the viewers can expect to see the following actors hold onto their roles through season 4 of the show – Olivia Colman as Queen Elizabeth II, Tobias Menzies as Prince Philip, Ben Daniels as Antony Armstrong-Jones, and Helena Bonham Carter as Princess Margaret.

As the series shifts its focus on a new generation of royals, Erin Doherty, Emerald Fennell, and Josh O’Connor will also be coming back to portray Princess Anne, Camilla Parker Bowles, and Prince Charles, respectively. Claire Foy, who previously portrayed Queen Elizabeth II in seasons 1 and 2, might make an appearance in Season 4 as she was reportedly spotted filming on the set of the show.

There are two exciting additions to the cast members of the show. Season 4 will mark our first introduction to a young Diana, Princess of Wales, played by Emma Corrin. Emma Corrin. Other than her, the Golden Globe winner Gillian Anderson will grace the screen as British Prime Minister Margaret Thatcher in the upcoming season.

The Crown Season 4 Plot: What can it be About?

Season 3 of ‘The Crown’ picks up around the time period of 1964, following Harold Wilson’s election as Prime Minister and ending with Her Majesty’s Silver Jubilee in 1977. The upcoming season will probably unfold against the backdrop of the ’80s and early ’90s, which was a notably tumultuous time for The Firm.

Since Thatcher served as the PM from 1979 to 1990, it’s fair to assume that she will feature heavily in the drama. We might delve into hefty political events from the period, including the Falklands War and the miner’s strike. Other than that, the relationship between Princess Diana and Prince Charles might be dissected, along with their consequent separation and divorce.

Princes William and Harry might come into the picture making their first appearances within the series, albeit as infants. Furthermore, the infamous 1982 break-in at Buckingham Palace might be depicted. The intruder, Michael Fagan, who broke into Her Majesty’s bedroom, could present an interesting storyline for the show.

The official teaser trailer for ‘The Crown’ Season 4 is here and if it’s any indication, this will be a tense and dramatic season. Setting the scene for Diana and Charles’ tumultuous marriage, the trailer’s intense, pounding music depicts an ominous mood that makes the looming darkness almost palpable. Here, have a look!