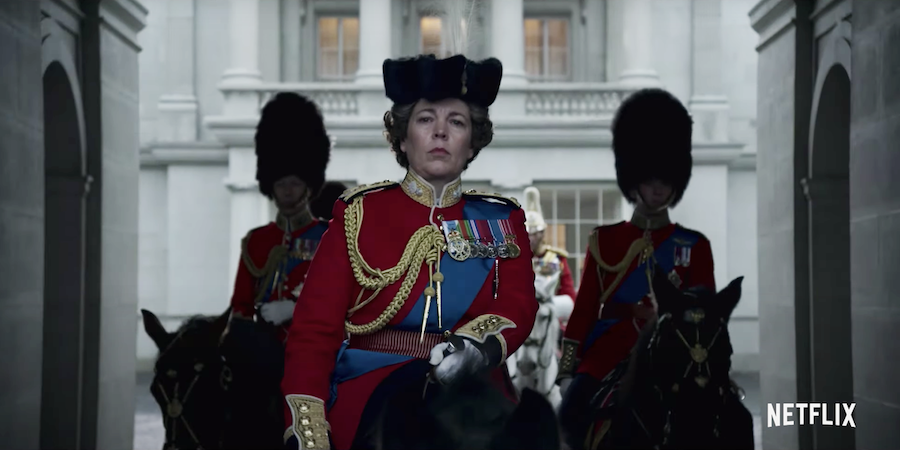 Netflix’s ‘The Crown’ returns with its fourth season, and with its first episode, titled ‘Gold Stick,’ whisks the audience back to the struggles and scandals of the British Royal Family. With its lavish production design and breathtaking filming locations, it reels in the viewers with such ease that the year between the two seasons never seems to have existed. It is also a very highly anticipated season for the show because it finally comes around to something that the viewers had been looking forward to all this time.

The first episode strikes a smart balance between the introduction of new characters, their position with respect to the royal family, and the cultural and political scenario of the country at the time. The ending builds upon that excitement. Here’s what it means. If you haven’t caught up with the show yet, head over to Netflix. SPOILERS AHEAD.

The third season of ‘The Crown’ ends somewhere in 1977, and the fourth one begins in May 1979. Margaret Thatcher becomes the first woman Prime Minister of the United Kingdom, and her first meeting with the Queen goes surprisingly well for both of them. The Queen is pleased by the fact that this time, she will get to work with a woman who is described in the newspapers as “headstrong, obstinate, and dangerously self-opinionated.” It is about time “two women ran the shop,” believes the Queen.

As good an impression as Thatcher makes on the Queen, the newly elected Prime Minister, too, can’t help but be amazed by her “commendable appetite for work” and just how interested and informed the monarch is, correctly guessing almost entire cabinet of hers. They start off on the right foot, but that doesn’t necessarily mean that they will always see eye to eye on all matters. Running parallel to the arrival of Thatcher’s reign (which continued with two more consecutive terms), the country feels the trouble bubbling in Northern Ireland with the Irish Republican Army taking an offensive stance.

The IRA promises blood and mayhem until the British leave Ireland altogether. The show opens with the scenes of unrest and the declaration of the IRA and their intentions, which shows that the crown will have to face a lot of problems when it comes to this particular crisis. By the end of the episode, it becomes even more personal for them, and the audience is prepared for further events that this conflict will lead to.

When it comes to the royal family, one of the most famous things is Charles and Diana’s relationship. ‘The Crown’ focuses on the reign of Queen Elizabeth II, but the audience had been restless about seeing the Charles-Diana arc. The fourth season doesn’t wait too long to dip its feet into those waters and delivers a meet-cute moment, rom-com style. The show makes us aware of the time that has passed since the end of the third season by scrolling through the list of girlfriends that Prince Charles has entertained since Camilla’s marriage.

However, he still continues to indulge in a connection with her. The name of Sarah Spencer is mentioned, with whom the Prince had a brief affair. In one of their meetings, Charles’ paths cross with Diana, Sarah’s younger sister, and he becomes enamored by her. She shows up in front of him, dressed as a character from ‘A Midsummer Night’s Dream,’ and it only takes another random meeting for Charles to ask her out.

The episode also focuses on Princess Anne’s struggle and efforts to get back into equestrianism. Phillip encourages her not to let go of her passion and the talent she exhibits for the sport, all the while facing trouble in her marriage with Mark Phillips. We also find Charles keeping a distance from his family. A moment between him and Phillip underlines the space they have cultivated between each other and how Uncle Dickie is the thread that connects them in a surprisingly similar fatherly bond.

The upheaval that the episode begins with leads to an explosive ending when Lord Mountbatten is assassinated by the IRA. He and Charles argue on the subject of the Prince refusing to let go of Camilla and not finding a proper match for himself, someone who would serve as a beloved Princess and, eventually, a suitable queen. The conversation doesn’t end well, and Mountbatten writes a heartfelt letter to the Prince of Wales, which he gets after his death.

The assassination was orchestrated by the IRA when Mountbatten went fishing with his family. They’d been on a boat that was destroyed in an explosion. His death comes as a massive blow to the Royal Family, especially Charles, who considered Mountbatten as his only ally within a family that seemed hell-bent at stopping him from having anything that gave him joy. Mountbatten’s letter also pushes him to move on from Camilla.

When Charles comes across Diana again, he inquires about her, finds her intriguing, and asks her out. Thus, the first episode ends with the beginning of the most famous royal relationship, paving the way for further turbulence in Charles’ life and the relationship with his family. The episode also pushes towards the turmoil that begins with Thatcher’s strict actions against the IRA, as she promises the Queen that she will “wage a war against the Irish Republican Army with relentless determination and without mercy, until that war is won.”