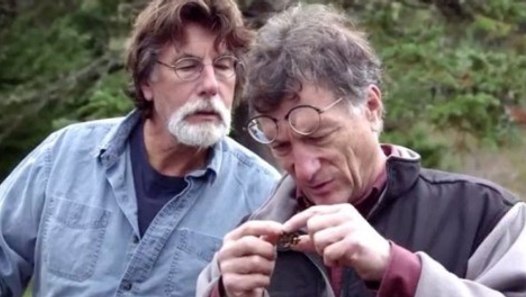 Searching for treasure has never been more fun, as we see the brothers Marty and Rick Lagina looking for artifacts on Oak Island. The series manages to pull in viewers, through the exciting premise, which is presented well. Currently on Season 7, ‘The Curse of Oak Island‘ is more popular than ever.

Apart from treasure hunting, the show also explores theories about Oak Island. Overall, if the thrill of the hunt is what appeals to you, ‘The Curse of Oak Island’ is a perfect fit. Naturally, you might be wondering about what goes on in the latest episode. We are here to tell you that, after walking you through when and where to watch the upcoming episode.

The Curse of Oak Island Season 7 Episode 13 Release Date: When Does it Premiere?

‘The Curse of Oak Island’ Season 7 Episode 13 is slated to release on Tuesday, February 11, 2020, at 9/8c on the History Channel. The upcoming episode has been titled ‘Bromancing the Stones’.

Where to Watch The Curse of Oak Island Season 7 Episode 13 Online?

Episode 12 sees the exploring team, high on hope despite Hurricane Dorian washing away most of their efforts in the previous episode. Titled ‘Fortified’, the episode is interesting, not because the group finds some treasure (we understand that will happen sometime later), but because there are plenty of suggestions of French activity on the island.

Gary starts excavating the swamp once again, while Rick wastes no time in traveling to Louisburg, North Carolina, as part of his research. Steeped in French history, this episode proves again why ‘The Curse of Oak Island’ is informative and entertaining. We also get to know more about Duc d’Anville, whose expedition ended in failure, as many members died of scurvy and typhus.

This story interests the search party greatly, since his family is believed to have ties to Oak Island, and the construction of the Money Pit. Lagina manages to come across some exciting tidbits of information that is bound to be relevant in their search for treasure, later on. Back on the island, the team is in for one more surprise, as they find a stone pathway at the swamp.

Naturally, this proves that the swamp is man-made. However, it raises two obvious questions. Who built it? And why? The treasure hunters will attempt to answer these, and uncover the secrets of the island, in the upcoming episodes.