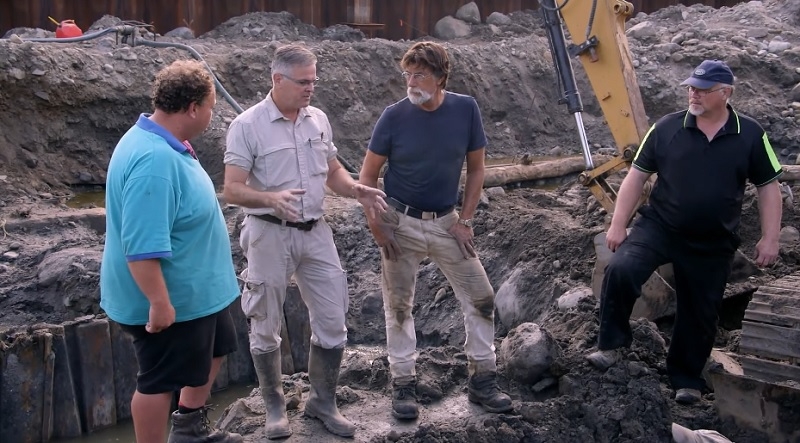 If you are interested in history, especially the small incidents that might have a big impact over time, then ‘The Curse of Oak Island‘ will never stop pleasing you. To top it off, the series also packs in the thrill of a treasure hunt, as the Lagina brothers and their crew try to get to the bottom of what might be hidden in Oak Island.

Over the seasons, we have seen the team struggling with various aspects of the expedition, including dead-end clues, and stormy weather. Most recently, the team has been focused on the swamp that might hold all the answers. Having determined that it was man-made, the crew turns a sharp eye, to figure out what lies at the bottom. The previous episode is no different in this regard, as we see efforts being doubled to unravel the mysteries of this swamp.

Naturally, you might be curious as to what comes to light in the recent episode. We are here to tell you that, as we also walk you through when and where to watch the upcoming episode.

The Curse of Oak Island Season 7 Episode 18 Release Date: When Does it Premiere?

‘The Curse of Oak Island’ Season 7 Episode 18 is slated to be released on Tuesday, March 24, 2020, at 9/8c on the History Channel. With the Lagina brothers going to dangerous lengths in Episode 17, undoubtedly, they will be willing to go further than ever to find the treasure.

Where to Watch The Curse of Oak Island Season 7 Episode 18 Online?

Episode 17, titled “To Boulderly Go” sees the focus lying on the team trying to find the flooding tunnels. Some of the clues from the previous episode, like the coconut fiber, comes into play, as they dig deep into the mysteries that might lie at the bottom of the swamp.

As Rick Lagina continues to investigate, some of the anomalies in historical accounts make themselves felt, and could very well reshape the entire treasure-hunting expedition. However, one thing is certain. Smith’s Cove is part of the puzzle and holds some crucial answers.

Therefore, Rick is willing to go to extreme lengths to get to the bottom of it, even if this search poses a danger. After all, he will not be denied the treasure that has eluded historians and treasure hunters alike, for centuries. With the search becoming more frenzied, it remains to be seen what revelations the upcoming episode has in store.