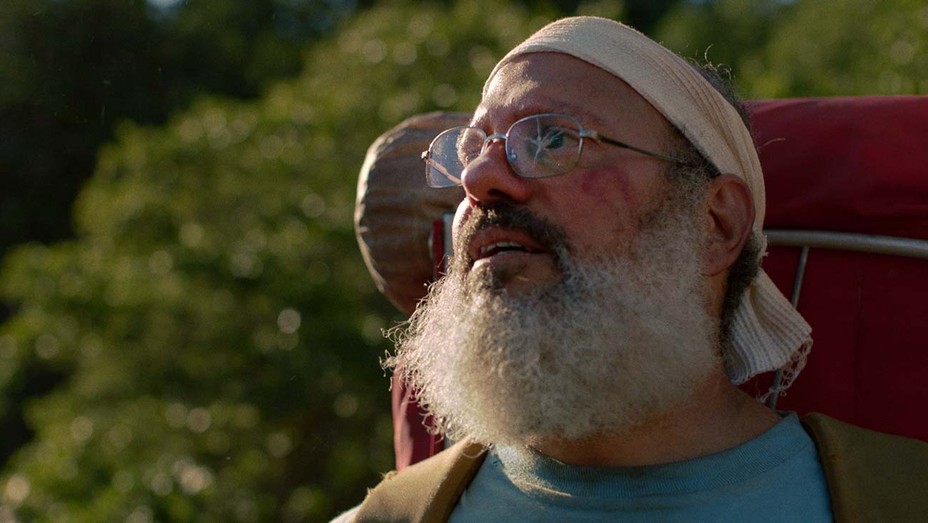 ‘The Dark Divide’ is an adventure of a butterfly expert who takes a journey across the American wildlands. The film takes us to the very heart of nature and shows how humankind feels at home there. It is based on the book, ‘Where Bigfoot Walks: Crossing the Dark Divide.’ While the initial journey was undertaken to find the mythical creature, the movie makes this a minor and comical aspect, focusing on the trek instead. Naturally, you must be curious about where to watch ‘The Dark Divide.’ We have got you covered and will tell you about the premise too.

What is The Dark Divide About?

‘The Dark Divide’ is the true story of Dr. Robert Pyle, the renowned butterfly expert. He takes a journey after being urged by his dying wife, Thea. Soon, Pyle finds himself deeply immersed in the trek across Washington’s Gifford Pinchot National Forest. He battles self-doubt, the challenging terrain, as well as the creatures who call the place their home. Finally, in the heart of the wilderness, he makes a discovery that changes his belief in the world.

Is The Dark Divide on Netflix?

Netflix makes additions to the platform to ensure that viewers are never dissatisfied with the content that is put out. ‘The Dark Divide’ is not on the site, but you can check out ‘Raiders of the Lost Ark.’ It is also about a man who travels dangerous terrains looking for a mythical artifact – in this case, the legendary Ark of the Covenant. Dr. Jones has to fight the forces of nature, some supernatural powers, and evil Nazis.

Is The Dark Divide on Hulu?

Hulu maintains a roster that is updated continuously. ‘The Dark Divide’ is not part of the site’s library, but you can check out ‘The Peanut Butter Falcon.’ It is about a crab fisherman who is down on his luck. He goes on a journey to help a man with Down Syndrome enter a professional wrestling school in North Carolina. The quest takes them both to new places, as the older man understands there’s still more to life outside his retirement home.

Is The Dark Divide on Amazon Prime?

Amazon Prime has a stellar library of movies and shows, which caters to varying tastes. ‘The Dark Divide’ has not made its way to the platform yet, but you can check out ‘Inception,’ instead. On the surface, the science-bending movie has little to do with a trek through nature, but structurally both films are similar. The journeys are beset with dangers, and there is a quest motif at play.

Where to Watch The Dark Divide Online?

Sorry, but ‘The Dark Divide’ does not appear to be available elsewhere at the moment. We recommend you purchase tickets at Fandango and watch the movie. You can also opt for a virtual screening via the film’s official site.

Where to Stream The Dark Divide For Free?

If you want to watch ‘The Dark Divide’ for free, you have to wait until it arrives on a platform with a trial period. But, we urge readers to pay for the art they consume.