Is ‘The Dark Knight’ Overrated? Explained 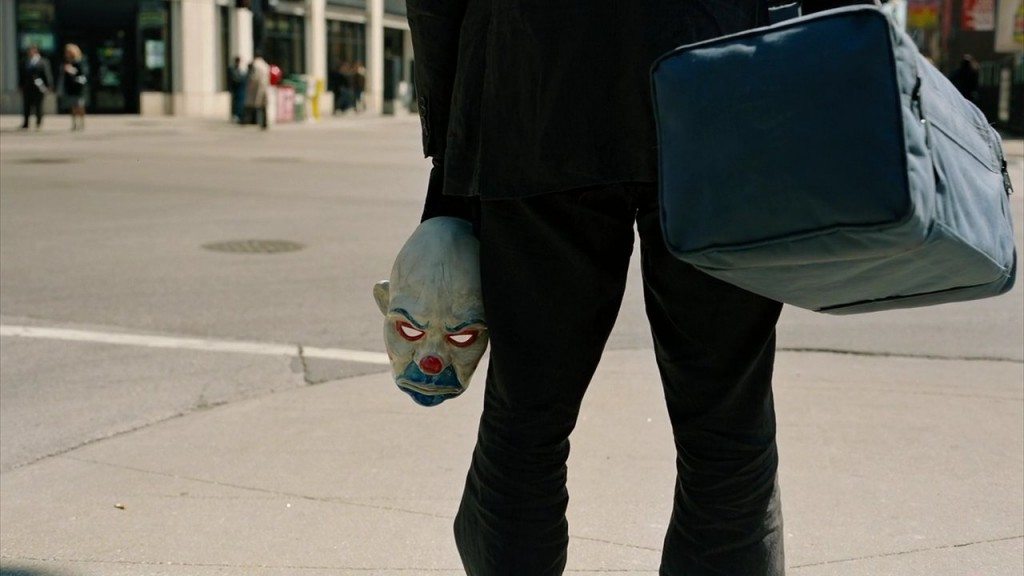 I am certainly not naïve enough to expect most people who read the contentious title of this article to come out and have a healthy, reasonable discussion on the topic because that’s how ridiculously popular ‘The Dark Knight’ has become over the years among fans of its director and the superhero genre. But since my deeply tormented, cinephilic conscience is having a tough time trying to fathom the reasons behind the upsurge of the mindless, fanatical cult followings engendered by the film over the years, I feel its time I equip myself with the power of words and set out on a journey into exploring spaces of my mind filled with questions I’ve been evading and thoughts I’ve been disregarding now for so long. So let me begin with my dissection of the most popular American film of the 21st century.

How do you rate a film’s quality or worth? Sure, there are quite a few objective factors that come into play while analyzing a film like the depth in the writing and screenplay department, the acting performances, the editing work, the cinematography and so on and so forth. But the real subjectivity lies in how a film has managed to connect with you on an emotional level. Perhaps a feeling, an emotion or a thought that is nobody else’s but your own. And that’s where all the fun begins. There is absolutely no denying the fact that ‘The Dark Knight’ is an incredibly well crafted film. It really is. How often have you seen a superhero film seamlessly blending the philosophical elements of human existence, morality and ingrained corruption in an inherently evil society with comic book characters all taking place in a fictional city? And ‘The Dark Knight’ does a terrific job at that. But is it really…..really one of the top 4 films made in the long and cherished history of cinema? My answer is a straight “NO”. Why? 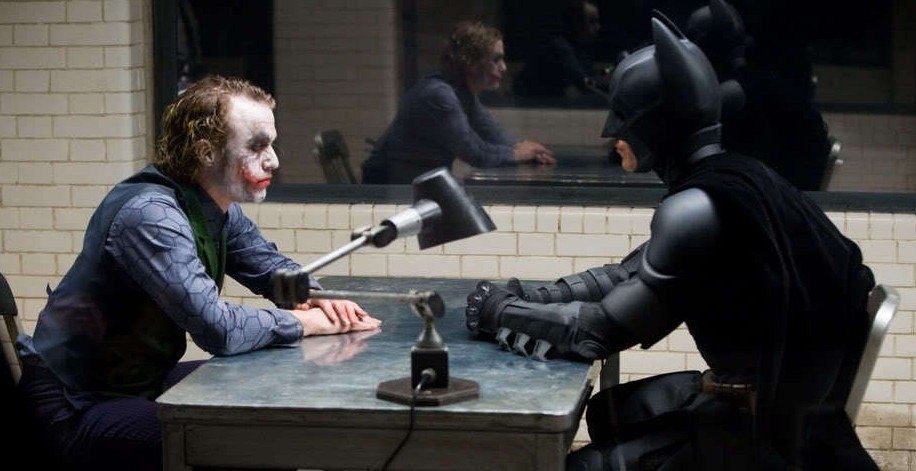 There is a common perception among some people that anything that has managed to attain a fairly good deal of mainstream recognition has to be looked down upon. This snobbish attitude among people is something I completely abhor and detest. But does being the most popular necessarily mean that they are the best? This is where fans need to extricate themselves from the shackles of obsessions and indulge in contemplation and retrospection. ‘The Dark Knight’ is an immensely popular film. And to further consolidate my stance on the film, let me phrase it again. ‘The Dark Knight’ is an incredibly well made film. The opening sequence itself is a stroke of genius. The score, the visuals, use of CGI are breathtaking to say the least. But the film is not without its flaws.

Well within the first half hour, the film starts to slip off, falter and is all over the place only to be salvaged by a sensational Heath Ledger performance. The film lacks the subtlety it deserved. The ‘in-your-face method’ that Nolan uses here to spew the philosophies dealt in the film with irksome, cringeworthy dialogues often hampers the beauty of the scenes. It is almost sacrilegious to have the film mentioned in the same breath as that of the first two Godfather films, both being masterclasses in writing, directing, acting and cinematography. And to think that it is rated above a film like ‘Citizen Kane’ or ‘2001 : A Space Odyssey’ is utterly preposterous and plain laughable. ‘The Dark Knight’ is an exceptionally brilliant film but far from being among the greatest ever made. The balance between what’s good and what’s popular is ridiculously blown out of proportion and the presence of ‘The Dark Knight’ in IMDb’s top 4 list manifests that fact. 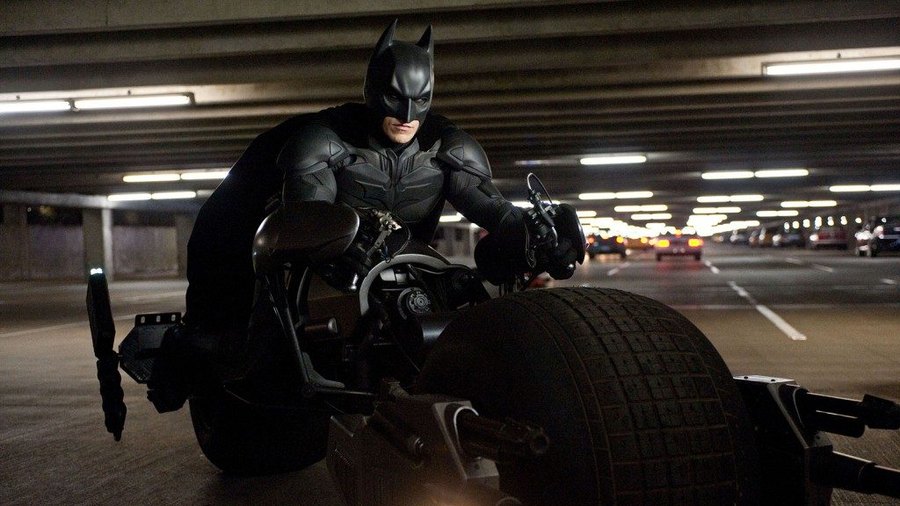 It’s no secret that the “superhero” film fans are among the largest film audiences in the world. And what really fascinates me about Hollywood is how they go about satisfying the most cynical cinephiles to the frenzied blockbuster maniacs. This is something that Hollywood has been succeeding at immensely over the years. But stirring ingredients of realism and human philosophy into the usual cup of formula driven superhero flicks was hitherto unknown and undone. Apparently this turned out to be Christopher Nolan’s masterstroke. ‘The Dark Knight’ brought in a whole new level of realism and changed forever the way we look at superhero movies. Nolan meticulously crafts Batman’s backstory, his ideologies, his reasons and purpose of existence. This humanizing of a comic book character triggered a cinematic revolution. The film had a profound impact on subsequent superhero movies. The film deserves every bit of praise in that respect. And to my mind, ‘The Dark Knight’ is, for better or worse, the best superhero film that will ever get made.

But is the film great enough to break out from the hurdles of its genre? Now ‘great’ is a word that is often thrown away lavishly by people when it comes to rating a film. It is a word that deserves a lot more restraint in its usage. Great films are films that break the barriers to human sensibilities, the conventions of genres, transcend the deepest and most delicate human emotions and has the power to sprinkle our souls with fragrance of ecstasy and clouds of mystery. And in my humble opinion, ‘The Dark Knight’ falls well short of greatness in its inability to translate the underlying emotional content well on-screen. Christopher Nolan’s excessive focus on logic and content deprives the film off the emotional prowess and depth it deserved. This is where the film fumbles and tumbles back into the confines of its genre. And this is what makes ‘The Dark Knight’ a great superhero film but just not a great film. Taking into consideration the number of superhero movie fanatics worldwide and the soaring popularity of Christopher Nolan and his cinema, it is not rocket science for one to understand that in an open forum like IMDb, ‘The Dark Knight’ is bound to have incredibly high ratings. But is that a fair judgement? To my mind, it certainly isn’t. And I would venture to say that it could well be the most overrated film on IMDb. 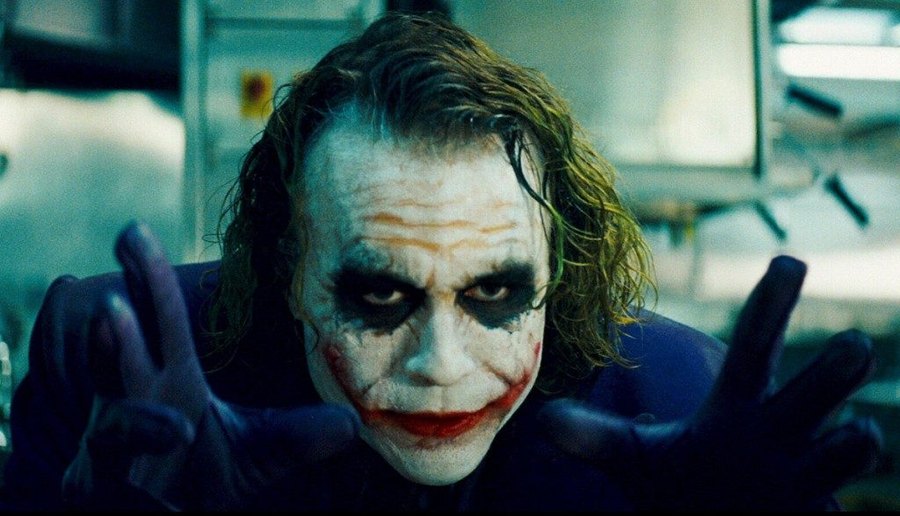 This is perhaps the single most decisive factor that played a key role in the film’s success and stature. His on-screen psychopathic persona as “The Joker” starkly contrasts with his image off-screen as the face of cinema’s most harrowing tragedy. Heath Ledger was born to play “The Joker”. Stories of him locking up inside a hotel room for over a month to get an in-depth knowledge and analysis of the character would be passed on to the coming generation of cinephiles. The sheer madness he brings to the character is simply astonishing to watch.

However having said that, his overpowering presence in the film could also be attributed to Christian Bale’s lacklustre performance. Bale fails to internalize Bruce Wayne and lacks the intensity of what could have been an electrifying Batman. His performance was one that could have veiled the film’s writing issues but Bale’s performance only succeeded in making them more apparent. Ledger, on the other hand, was breathing fire every moment he was on screen. His take on the joker was radically different from his predecessors and sets up the tone for the film. But with all due respect, we must also confront the unassailable truth that his untimely, tragic death was instrumental in the film garnering excessive praise and undue attention and popularity. I wholeheartedly doubt the kind of attention his performance and the film would have received had he not died. As often said, film, or for that matter any form of art is purely subjective. But as a fervent lover of cinema, I can hardly stand a film gaining such immoderate praise for reasons that are non-cinematic.

I might have offended many with this article. But my whole point behind writing this article was not to mercilessly thrash an exceptionally well crafted film. My qualms were about ‘The Dark Knight’ being listed as one of the top 4 films on the most popular film rating website on the internet, which it isn’t for the reasons I mentioned; reasons which I hope have articulated well enough for you to retrospect and contemplate.