Who Are The Dauphin and John Falstaff in Netflix’s ‘The King?

Following months of going through mediocre content on Netflix, it finally looks like Netflix is ready to present its viewers with some bang for their buck. With upcoming films including ‘Marriage Story’, the already stellar ‘The Irishman’, and a host of other award-worthy titles, things only look upwards for us bingers (and reviewers), and the goodness already seems to have been ushered in by ‘The King’. Whether you are a fan of Netflix original films or not, you have to agree that ‘The King’ is a rarity by all means for the streaming giant, and not at all a regular Friday release that you would like to watch on a lazy afternoon kicked back. Despite some minor problems, ‘The King’ is a total knockout.

Having already explained in a separate article what the real story behind ‘The King’ is, and the inspiration it draws from Shakespeare’s immortal work based on the same, we now focus our attention on two especially intriguing characters in Shakespeare’s and the film adaptations, Sir John Falstaff and The Dauphin of France. Here we expand upon their biographies, fictional and real, and what their roles in the final war in the film, the Battle at Agincourt were, particularly with respect to the young King Henry V, on whose life the film focuses. 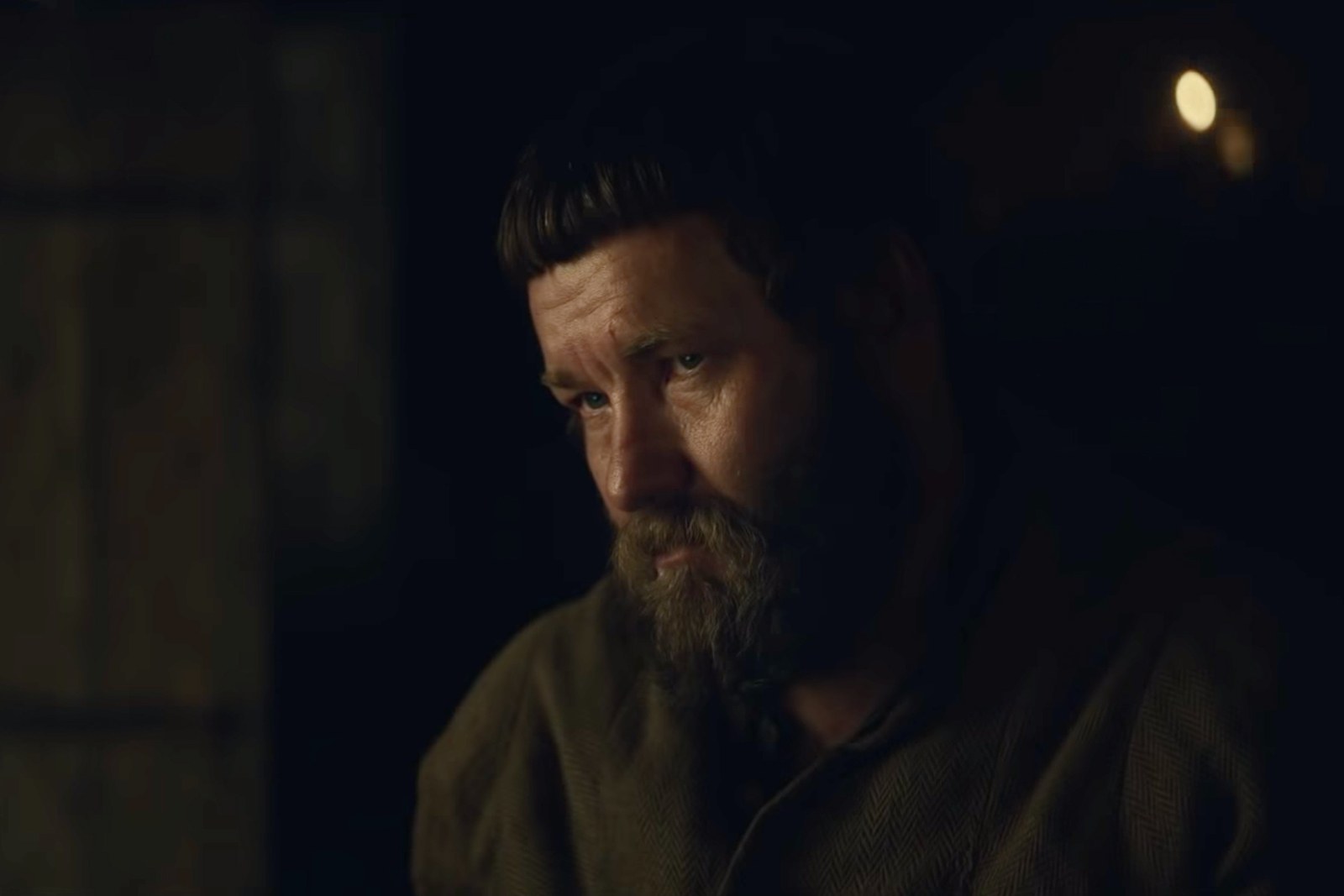 John Falstaff might just be the major distinction between actual events that conspired more than 600 years ago, Shakespeare’s adaptation of the same from nearly 500 years ago, and the film. In fact, Falstaff is widely termed to be among one of the best creations of Shakespeare for the stage owing to his rather strong and likeable personality, despite mostly being described as buffoonish, and a ‘fat, vain, boastful, cowardly” knight.

Falstaff has been described in the play as an important companion to Prince Hal who would later be King in the days he spent whiling away in the underbelly of London, and is such in the film as well, played by the ever endearing Joel Edgerton. The primary way in which the film and the play differ though is his death and the relationship between Falstaff and King Henry V, apart from obvious personality changes.

In the film, contrary to his theatrical counterpart, Falstaff did not serve any comedic purpose apart from very slight contradictions. However, in the second part of the play ‘Henry IV’, he and his group of friends are publicly rejected by newly anointed king Henry V who terms their ways of life too lowly for him now, before he proceeds to battle in the next companion play, ‘Henry V’. Though Falstaff doesn’t appear in the play physically, he is revealed to have died of apparent heartbreak (or disease) inferred indirectly from the eulogy offered by his landlady, Mistress Quickly, describing him as a cheerful and good man.

The film on the other hand while embodying the primary characteristics of the character into its rendition intends to make a hero of the unlikely knight. The primary change here is when Henry V welcomes him as a friend and confides in him post kingship, and not only that, he also hands him the charge for the English armies and strategy for the upcoming battle with the French, in which his advice proves indispensable, ultimately lending them the winning hand. The film sees him as a mentor and guiding presence to Henry V, and provides him an honourable end as he sacrifices his life fighting in the battlefield, leading the charge in a fake front attack for the English.

The Dauphin of France

It would be safe to say that this character portrayed by Robert Pattinson was the primary antagonist in the film, even considering the little twist in the finale. The film portrays him as rather whimsical, eclectic, proud, and condescending of the young English King and his forces at their doorstep. While there is no way to ratify those traits from even eyewitness accounts of the war and scriptures dating to the 15th Century, there are a number of artistic liberties that the play and the film take with respect to the character.

Funny thing, though, is that Dauphin literally translates as Dolphin from French, and was a title granted to young heirs of Kings who would supposedly assume the throne or succeed it from their monarch fathers. Would be Kings, if I am to put it simply. In the film, it would be simply befitting to state that he paid the price for his underestimation and dismissal of Henry V as just a young boy, something that he repeatedly states verbatim in the film and the play, and precipitates the act of war by sending a ball to the King upon the day he ascends the throne.

The film sees him first ridiculing the newly ascended English King who is about to bring war to French gates, asking him to surrender rather insultingly. Following that, before the battle commences, he ridicules him again, refusing his offer for a man-on-man combat to settle terms that could avoid the deaths of thousands of men.

Finally, upon apparent defeat in the war, he descends onto the battleground, and accepts the challenge as his last resort, but is humiliated when he slips and writhes in the mud, struggling to even stand up owing to his heavy armour. He is stabbed to death by English soldiers on Hal’s orders. Within this account, the play differs in only the final bit, since it doesn’t list out the Dauphin being killed, but only defeated and humiliated in the battle that laid the groundwork for the signing of the Treaty of Troyes that discredited him as heir, instead naming Henry V as the heir to the French empire after King Charles the sixth.

Reality, however, differs from both those accounts. In that, the Dauphin, Louis, Duke of Guyenne, never appeared in battle and stood by his psychotically ailing father. He failed to appear in the one-on-one contest against King Henry V, while the French resistance was led by Constable d’Albret. He did end up being discredited as the Dauphin after the defeat, and died later that year.

Read More: Is The King Based on a True Story?