‘The Departed’ is an entertaining thriller with great storytelling. The Martin Scorcese helmed film went on to win Best Picture and Best Director Oscar in 2016. Almost everything about the movie is so perfect, that it easily escapes the label of a remake.  The multi-layered plot revolves around several characters, the central figure of which is Frank Costello, a notorious gangster, who dabbles in everything from computer microchips to automatic rifles. While the FBI manage to put a rat on his squad, he manages to put one in theirs to make for a riveting story with a plethora of twists.

Scorcese is a filmmaker who needs no introduction. Arguably the most versatile auteur of his generation, Scorcese specializes in gangster movies, with credits like ‘Casino’, ‘Goodfellas’ and ‘Mean Street’. His eye for capturing the essence of the people in this line and the nature of their work is second to none. With ‘The Departed’, though, Scorcese takes it a step further. In the film, he blurs the line between the good and the bad. The film throws everyone in the same pot and lets you decide which side you want to take.

‘The Departed’ is a remake of ‘Internal Affairs’, a 2002 Chinese film directed by Andrew Lau. Although the overall designs of the films are similar, along with dramatic undertones, Scorcese infuses ‘The Departed’ with style and typically detailed notes from his cinematic universe. The large-scale and diverse spread of film’s themes calls for an explanation. And here it is!

(NOTE: Spoilers ahead. Proceed with caution.) 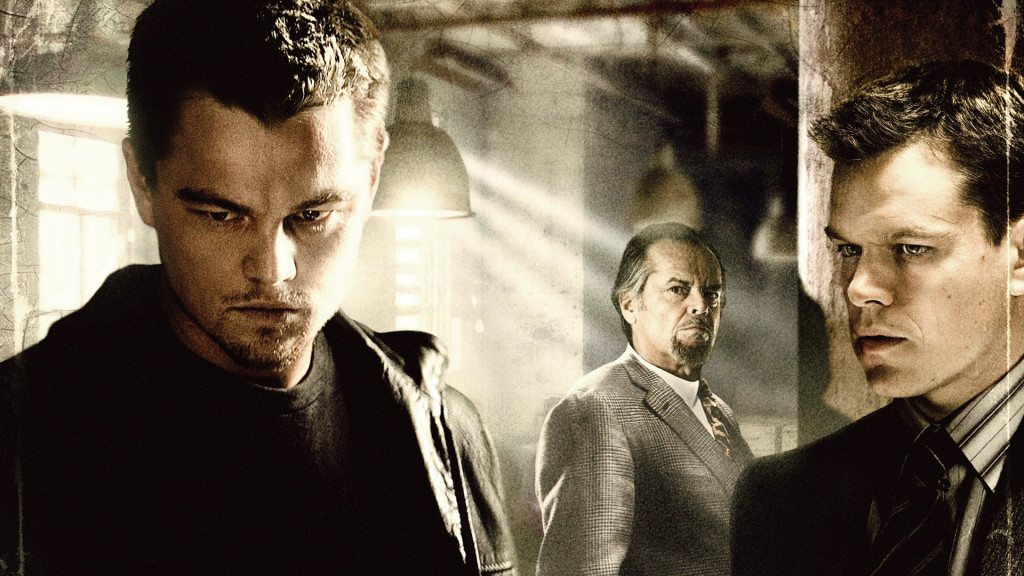 ‘The Departed’ starts with the tales of two young boys with similar ambitions in life but different backgrounds. On the one hand, Collin Sullivan gets the backing of local gangster Frank Costello and goes on to be accepted into the Special Investigations Unit, while on the other, Billy Costigan faces the ire of police personnel due to the criminal background of his family and is rejected a normal job in the force. Instead, he is employed as an undercover agent and sent to prison on fraudulent charges to fortify his credibility — the two work for the same organization but in different capacities. Their fate brings them together in a porn theater, along with a common link: Costello. After a brief and tense cat and mouse chase, the two escape unscathed, with neither being able to get the other’s identity. 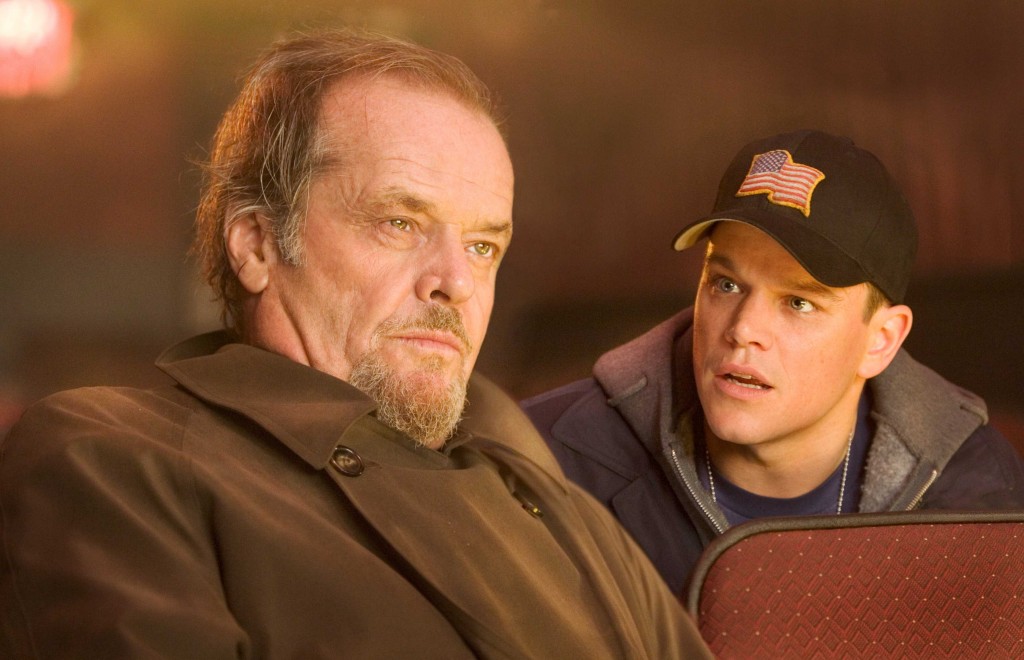 Costigan has started running Costello’s crew, who asks Sullivan, his man inside the force, to check for “rats” on his squad. Sullivan also blossoms in his personal life and begins a relationship with department psychiatrist, Madolyn Maden. Captain Queenan, the man who hired Billy for the undercover job, decides to meet Billy to discuss strategies. Sullivan, using his powers in the department, gets Queenan tailed, in order to find out the rat on Costello’s gang. Both, the police and Costello’s men follow him there. When Billy and Queenan see the groups arriving, the latter asks Billy to leave the building. As Billy is about to join up with his gang, Queenan’s body falls in front of him from the top, which sparks a tussle between Costello’s men and the police. The gang successfully survives the crossfire, with a couple of gangsters injured. One of them reveals to Billy that he knows about Billy’s job as an undercover agent and that he is the mole. Before he can reveal it to the others, he dies. 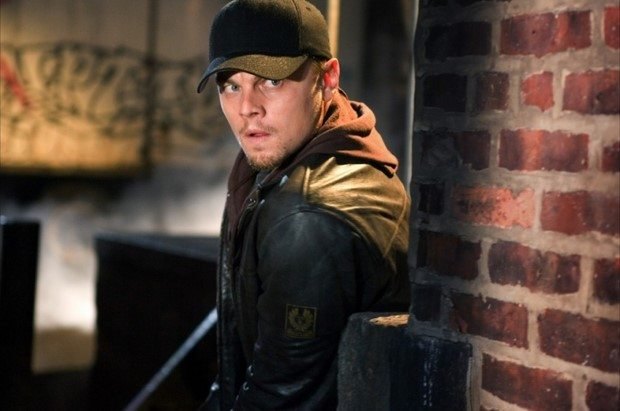 Billy’s job profile is known only to two men: Queenan, who’s now dead, and Dignam, the short-tempered officer who resigns after Queenan’s death, refusing to work with Sullivan. It is here when Sullivan’s relationship with Costello takes a hit when he discovers that Costello is a rat for the FBI. Meanwhile, Billy successfully provides the police with the location of an exchange between Costello and a Chinese gang of guns. The crossfire results in a chase after Costello, who is shot by Sullivan himself when confronted about his FBI links. Costigan gives Sullivan a visit after his mission is successfully completed. Sullivan, though, identifies Costigan’s identity as Costello’s rat, but not before Costigan does Sullivan’s.

Costigan sends a CD with sensitive information about Sullivan’s dealings to his flat, where Madolyn gets her hands on it. Madolyn, who is now living with Sullivan, also had an intense love affair with Costigan. When she discovers Sullivan’s truth, she leaves him. Costigan invites Sullivan for a meeting at the same building where Costigan met Queenan. Officer Brown arrives on the scene, along with whom Costigan takes a handcuffed Sullivan down the elevator. An arriving Officer Barrigan shoots Costigan and Brown in the head, revealing to Sullivan that Costello had more than one-mole on the force. After he is uncuffed, Sullivan shoots Barrigan and identifies him as the mole and announces a posthumous bravery award for Costigan.

At Costigan’s funeral, a teary-eyed Madolyn announces to Sullivan their separation. A disappointed Sullivan returns to his apartment, where Sergeant Dignam shoots him in the head. 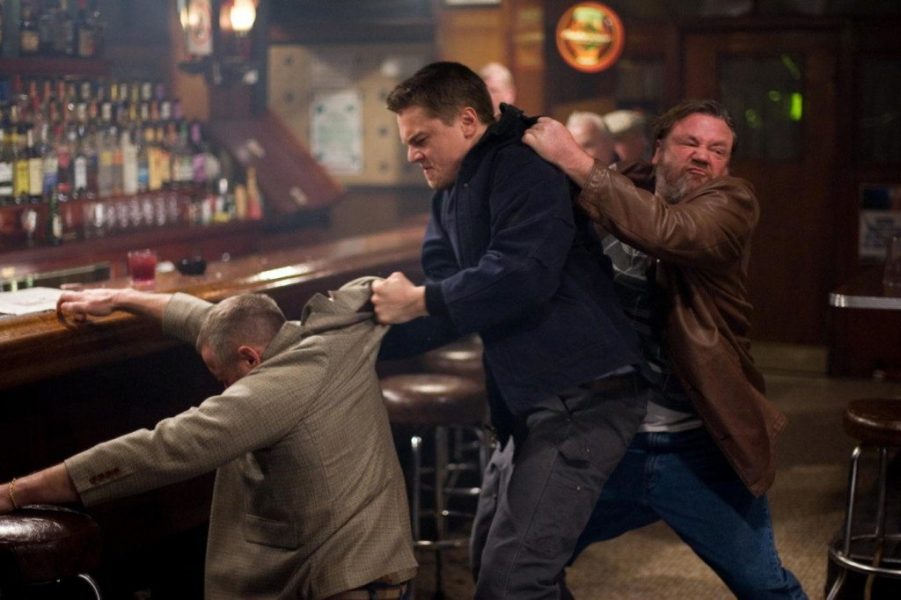 Like some of the other Scorcese films, the city of Boston is a character in the story. It remains an integral part of Scorcese’s larger idea of depicting the rotting and immoral human spirit. Boston is not presented as a melting pot of diverse cultures, racial solidarity, and a thriving economy, but instead, as a warzone crawling with gangsters and henchmen, with no sense of safety or security. Scorcese brings out the dark side of the town, much like how New York City is presented in  ‘Taxi Driver’. The mood that Scorcese sculpts for Boston goes along extremely well with the generally suspicious characters. The rotting Boston is a burning battleground where the Lucifers and Gabriels fight to protect what they stand for, stopping at the cost of nothing. There’s a gripping sense of paranoia in every second of ‘The Departed’. “The Quest of the Rat”, as Scorcese devised the film’s storyline in an interview, becomes the central thematic pillar of the film.

In both ‘Taxi Driver’ and ‘New York, New York’, Scorcese’s explores not just his central characters but also the landscape around them. In ‘The Departed’, he is interested in exploring the landscape and how that landscape shapes the dynamics between his two lead characters — their differences and similarities.

Colin and Billy: A Tale of Contrast 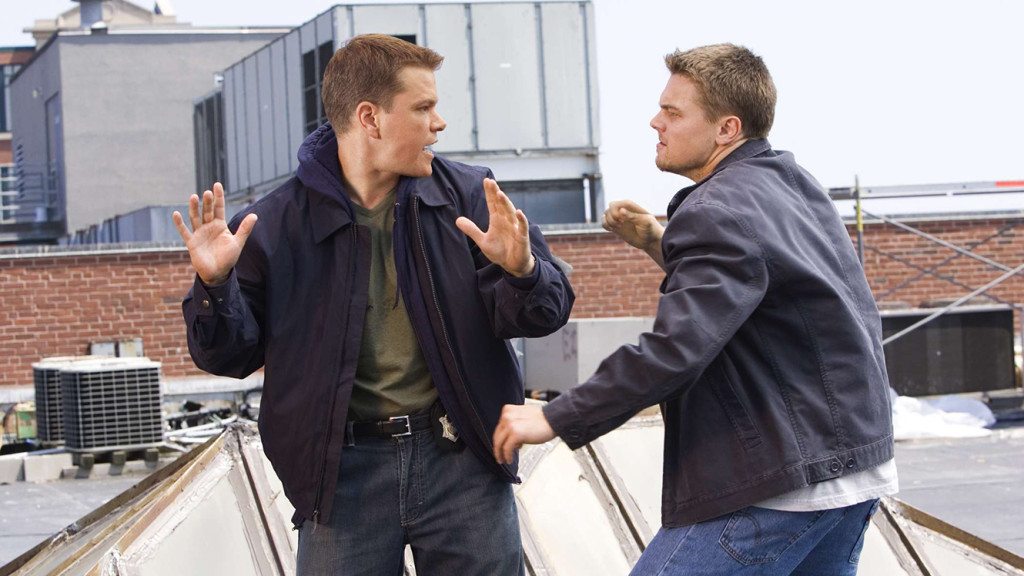 Scorcese compounds Colin and Billy: to seem alike, in similar situations, but contrasts them with different motivations and experiences. Colin is pampered by Costello and celebrated by his department; Billy is an untrusted ally, disposable at a moment’s breath by both Costello and the department. Billy and Colin are like the two sides of the same coin — representatives of different yet similar worlds.

Billy is outrightly contemptuous of the world. His upbringing in a criminal foreground without the presence of role models or authority figures has forced him to mount big walls between himself and the world. When he finally finds one in Capt. Queenan, he experiences for the first time compassion for others and sees himself as a different person. His relationship with Madolyn also changes him as an individual and his perception of others. The unpredictability is replaced with self-confidence and a newfound resolve to realize his mission.

Colin, on the other hand, is a charming, manipulative individual, a polar opposite of Billy. He is drafted into the police department as a promising officer with a bright future. He has a plush home, trusting friends, and the backing of Costello. His job profile, though, limited to the police, spreads to other quarters which require his services. His life also lacks a father figure, something which he gets in Costello. A quirky metaphor used by Scorcese is the name which he saves Costello’s number as; Dad. Colin and Billy together form a wonderfully contrasting character study for Scorcese.

DiCaprio, as Billy, and Damon, as Colin, play their characters with great craft. Billy’s hesitant and unsure body language is captured with nuance by Dicarpio. Damon, on the other hand, is perfectly cast to play the charming and clever Colin. The best part about both their performances is that they keep the viewer guessing.

Despite being over two and a half hours long, ‘The Departed’ feels crisp, taut, and unnervingly suspenseful. Deservingly, the film won the Best Editing Oscar. Not for a minute do you disengage from Scorcese’s universe. A film this long might begin to feel jaded around two hours mark, but Thelma Schoonmaker ensures the transitions between the acts are seamless. Although there aren’t many big car-chase scenes, the tension that the film’s tight editing evokes is gripping. One of the best examples in the film is when Billy is tasked with tailing the rat on the squad, which turns out to be Colin, who is encumbered by Costello to identify the rat in his gang. The entire sequence comes alive and puts you on the edge with smart cuts and brilliant cinematography. The editing is one of the biggest strengths of ‘The Departed’ and certainly enhances the hard-hitting effect of Scorcese’s storytelling.

Many see the ending of ‘The Departed’ as a happy one. The beautifully twisted and delightfully unpredictable events of the climax unfold as follows. Bolly finally discovers Colin as the mole working for Costello on the force. Colin, who himself shot Costello dead, receives a videotape from Billy, implicating him as the mole. On Billy’s request, Colin visits him on the same rooftop from which Queenan was thrown to his death. Bolly handcuffs Colin and as they go down the elevator, the duo encounters Officer Brown and Barrigan. The former shoots down Billy, and the latter the former. Barrigan then reveals that Brown was the mole. An uncuffed Colin shoots Barrigan, again making him the hero in the situation. After he and Madolyn attend Billy’s funeral, who is fittingly awarded the Courage Medal, Madolyn separates from Colin. When he returns home, Colin is shot down by Dignam, who was waiting for him in his apartment.

Colin couldn’t have kept his true identity hidden for too long. Billy, who was the first one to know, sends a videotape to Colin of the evidence he has to indict him. Being a competent police officer, Billy understood the risks of his profession. He knew that taking on a well-liked and heroic officer like Colin would be a tough task. Even before he could do damage and bring Colin, he faced the risk of getting killed. Although he didn’t get along with Dignam, he certainly trusted him. There’s an instance on the rooftop where he asks the officers about Dignam, who doesn’t show up. Now Dignam himself was a smart officer. He identified the troops didn’t like him and wouldn’t believe him over Colin, despite the evidence.

The ending to ‘The Departed’ can be categorized as anti-climactic. The reason for the same is the build-up, formidable and scintillating, that brought the two character’s world together. Many expected either one of the characters to finish as the winner. But the end was fitting, considering the central theme of the film: finding the rat. By the end, both characters realize their motivations throughout the entirety of the film. Both were successful, eventually, at finding the rat in their spheres. But after they do, their purpose as the characters in the story is served. Dignam, on the other hand, had no vested interest in the race. He played the quintessential outsider and is open to be interpreted as both, good and bad.

Designed to enthrall and entertain, Scorcese’s audacious tale of administrative corruption and betrayals comes alive with refined performances and interesting characters. ‘The Departed’ mixes its well-written script with a fast-paced narrative to produce a crime thriller that is engaging every single minute of its runtime. With his universal appeal, Scorcese once again takes his audience on a jarring ride that is as memorable as it is shocking.