The Devil All The Time Filming Locations 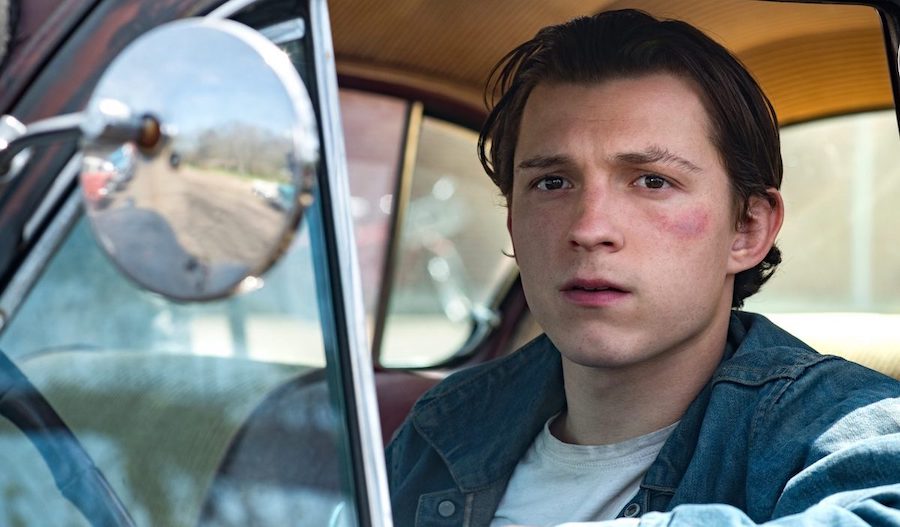 Netflix’s ‘The Devil All The Time’ stars an ensemble cast of Tom Holland, Robert Pattinson, Sebastian Stan, Mia Wasikowska, Eliza Scanlen, Jason Clarke, and Bill Skarsgard. Set in a post-WWII America, it follows the story of a young man named Arvin, who is haunted by the ghosts of his past and has a lot of trouble in store for the future. The small town in rural Ohio which he calls home becomes a hotbed of sinister characters when a serial killer couple and a shady reverend come to town. The film relies on its characters to push forward the mystery of the plot. Just the same, it also leans on its surroundings to lay emphasis on the sense of dread felt by the townspeople. With the location becoming such an important part of the story, getting the location right is of utmost importance. If you want to know where the movie has been filmed, here’s the answer.

Where is The Devil All The Time filmed?

‘The Devil All The Time’ finds its setting in rural Ohio where a tight-knit community is threatened by an upheaval with the arrival of some shady newcomers. Despite what its original setting dictates, the production found it better to film the movie in Alabama. Director Antonio Campos, in an interview with Entertainment Weekly, said: “It was a challenging shoot just because there were so many locations and we were really spread out over a large portion of northern Alabama. The nice thing is Alabama hasn’t been filmed in very often, so it’s not as recognizable as some other places that have been filmed in and photographed thoroughly by various films and TV shows.”

Actor Tom Holland, who plays the protagonist Arvin Russell, said that filming in Alabama was interesting. “We were in Birmingham and we shot out of the city quite a lot in rural parts of the state. I like to work on films where a location can be as big a character as you are in the film and Alabama definitely served that purpose and brought this really rural visceral vibe to the process.” Several places over Alabama were used for the filming of ‘The Devil All The Time’. The filming of ‘The Devil All The Time’ took place in several cities in Alabama including Anniston, Pell City, Birmingham, and Montevallo Helena, Wetumpka, and Riverside, among others.

Sitting in for Ohio and Virginia, Alabama offered several filming locations to the production of ‘The Devil All The Time’. One of the most important locations in the film is the church where Robert Pattinson’s Reverend Preston Teagardin starts to influence the populace of the town and his actions start to impact the life of Arvin and everyone else around him. The filming of these scenes took place at the Pine Flat Presbyterian Church in Deatsville.

Today is the first day of filming #TheDevilAllTheTime Here is a sneak peek of behind the scenes. Fun Fact, filming will be from February 19 – April 19. The movie will be released in 2020 on Netflix. #tomholland #robertpattinson #sebastianstan #billskardgård #rileykeough #jasonclarke #miawasikowska #miagoth

In Anniston, the crew used the location of The Peerless Grille for several scenes. The shooting also took place at 33 W 10th Street. The film crew was also spotted filming at Main Street, Montevallo. For the scenes regarding the police station, the production employed the surroundings of the Police Department on Ladiga Street in Jacksonville. Scenes were also filmed at Forest Park in Birmingham. The Ark Seafood Restaurant in Riverside also features in several scenes. The Oak Mountain State Park in Pelham also features prominently in the film. In Dora, City of Lights Dream Center was used for filming various sequences.

Here are more behind the scenes photos of vehicles that will be featured in the film.