Who is the Narrator in The Devil All the Time?

Netflix has made a fantastic new addition by way of ‘The Devil All the Time.’ The gritty story is based on Donald Ray Pollock’s novel of the same name and plays out as a psychological thriller. The protagonist is almost trapped in the purgatory of his actions after we are introduced to several unsavory characters. The film blurs the lines between right and wrong, leaving us in a moral dilemma and an open ending. Thus, even in a movie like ‘The Devil All the Time,’ which boasts a spectacular cast – the narrator becomes a central character who deserves equal importance. So, who’s the voice guiding us through the tale?

Who is The Devil All The Time’s Narrator? 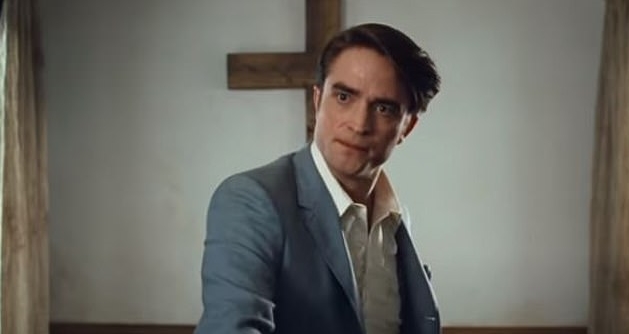 He spoke about it to Vanity Fair, saying, “His voice is very powerful. We needed a narrator to guide us, to connect all these pieces, and give us a sense that there is something bigger at play here. It had to be Don.” Luckily, Donald was more than eager to jump on board, giving the movie a fresh seal of approval and authenticity, as far as the fans of the novel are concerned.

Pollock’s contribution to helping us wade through the murky morals is especially evident towards the end when we focus on Arvin, falling asleep in a stranger’s car. The character’s sense of timelessness and grappling with whether he remains a good person after the revenge killings are wonderfully captured in the narrator’s words. Moreover, as we follow the slew of characters from the end of World War II to the start of the Vietnam War, Pollock’s narration helps bind the non-linear tale together while explaining the greater overarching narrative.

Without Donald giving an insight to viewers, we might have remained stuck at the surface readings of the events that unfurl. A lot of them are gruesome and downright evil, so to extrapolate a kernel of truth becomes the job of the narrator. It is a task that Pollock executes wonderfully. It wouldn’t be a stretch to say that ‘The Devil All The Time’ would not be the same film without Pollock narrating the chain of events and what the characters are going through.

Read More: Movies Like The Devil All The Time