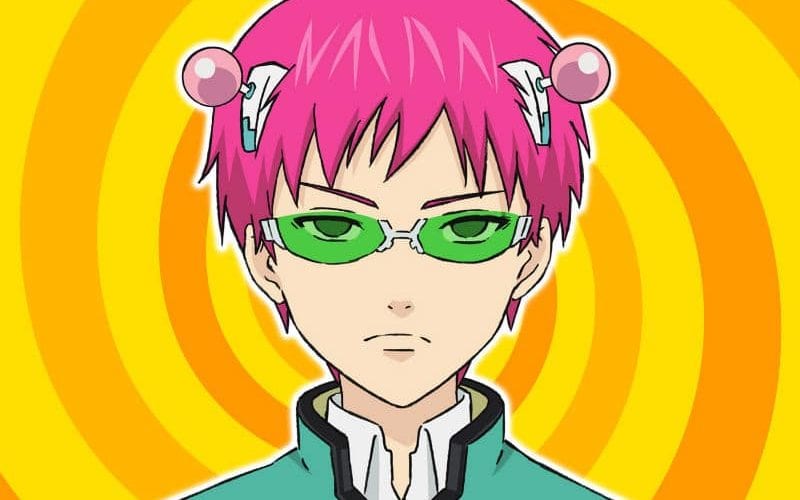 The Disastrous Life of Saiki K. (also known as Saiki Kusuo no Sai-nan in Japanese) is a comedy anime television series which is based on a manga series of the same name. Written and illustrated by Shūichi Asō, the manga series was first published on May 14, 2012, and it ran till July 26, 2018. A couple of years into the manga series’ lifespan, anime studios J.C.Staff and Egg Firm jointly announced their plans to adapt it into an anime television series, and Season 1 of The Disastrous Life of Saiki K. premiered on July 4, 2016. It was appreciated by fans of the source material as well as new viewers, and the show was consequently renewed for a second season.

Subsequently, Season 2 premiered on January 17, 2018, and was followed by the release of a couple of special episodes. Since then, fans have been waiting to hear news on a third season. Here’s everything we know about the prospects of Season 3 thus far.

The Disastrous Life of Saiki K. Season 3 Release Date: When will it premiere?

Months after the release of the specials, J.C.Staff and Egg Firm, in March 2019, confirmed that they would be producing a third season. However, they did not announce a release date for Season 3, so it remains unclear when Season 3 will be released and whether it will be coming out in 2019 at all. Our best guess is that The Disastrous Life of Saiki K. season 3 release date could fall sometime in 2021. We will update this section as soon as we hear more.

[NOTE: To avoid any confusion, what we are referring to as Season 3 is considered to be The Disastrous Life of Saiki K. Season 4 by Netflix since the streaming service considers the two-episode special to be Season 3.]

You can stream the subbed and dubbed versions of ‘The Disastrous Life of Saiki K.’ on Funimation, Crunchyroll, and Netflix.

The Disastrous Life of Saiki K. revolves around a seemingly normal high school student called Saiki Kusuo who is secretly an esper and boasts unimaginable psychic abilities. From telepathy and teleportation to X-ray vision and telekinesis, Saiki has it all. However, while such awesome powers would be deemed a blessing by any other person, Saiki considers them to be a curse and longs to live a normal, peaceful life devoid of any powers.

To ensure that his powers do not interfere with his goals, Saiki mostly uses them to keep himself out of the public eye. Yet, the life of a psychic is far from a quiet one, and Saiki has to deal with many odd characters who crop up in his life. Compounding his problems are his crazy classmates, and Saiki also finds himself using his powers to clean up the mess they make. As the show progresses, Saiki slowly realizes that the quiet life he is striving for is going to be far more difficult to achieve than he had initially anticipated.

The Disastrous Life of Saiki K. has dozens of characters, among whom six characters are central to the plot of the show. Below, we’ve provided you with brief backgrounds on each of the main characters in the show.

Saiki Kusuo: The main protagonist of the show, Saiki was born with his psychic abilities. Fourteen days after birth, Saiki uttered his first word without moving his mouth, and a month after his birth, he took his first step mid-air. At the age of one, Saiki first used his powers voluntarily, teleporting to get mirin for his mother. Since then, Saiki’s power continued to grow, and he boasts abilities such as telepathy, teleportation, telekinesis, invisibility, levitation, precognition, and pyrokinesis among many others. In fact, he is so powerful that he claims he can wipe out all of humanity in three days. However, despite having such incredible abilities, Saiki is shown to be an apathetic person who does not care much about the world. Saiki’s only wish is to lead a normal, peaceful life out of the public spotlight, but no matter how hard he tries, he realizes that the life he is striving for is not easy to achieve.

Riki Nendo: A large muscular student who studies in the same school as Saiki, Riki is a simpleton, and for some reason, Saiki cannot read his mind. As a result, Riki often sneaks up on Saiki, and is the only person Saiki is afraid of. While Riki considers Saiki to be his close friend, this is not the case as Saiki clearly despises him and thinks of him as an insect.

Shun Kaido: Another of Saiki’s classmates, Shun is a delusional student who secretly thinks he is living as a rebel called the Jet-Black Wings in a fantasy world controlled by an evil organization called the Dark Reunion. Although Shun clings on to his delusions desperately, over the course of the show, he also starts to develop normal relationships with other people. Shun is also shown to be a physically weak person, and lives under constant pressure as his mother is extremely serious about his schoolwork.

Aren Kuboyasu: While Aren comes off as a seemingly normal high school student, it is revealed that he was a delinquent earlier. On the first day of school, Aren tries to befriend Saiki but gets rejected as Saiki considers him to be annoying. However, over the course of the show, he manages to befriend our protagonist. Aren is shown to be a physically powerful boy, and has a keen sense of friendship and justice. In the show, he often protects weaker students from local bullies, and is a good person at heart despite his past.

Kineshi Hairo: Saiki’s class representative, Kineshi is a hot-blooded, energetic and passionate student who loves sports and is constantly trying to motivate his classmates. While Kineshi can be hard on others, he is also extremely hard on himself, and his honest nature makes him a trustworthy figure in class.

Kokomi Teruhashi: The self-proclaimed “perfect girl” in Saiki’s class, Kokomi is cute, smart, and kind, and thinks that there’s no one better than her. However, after Saiki does not give her the attention most boys do, she becomes obsessed with trying to get his attention.