Is Netflix’s The Eddy a True Story? 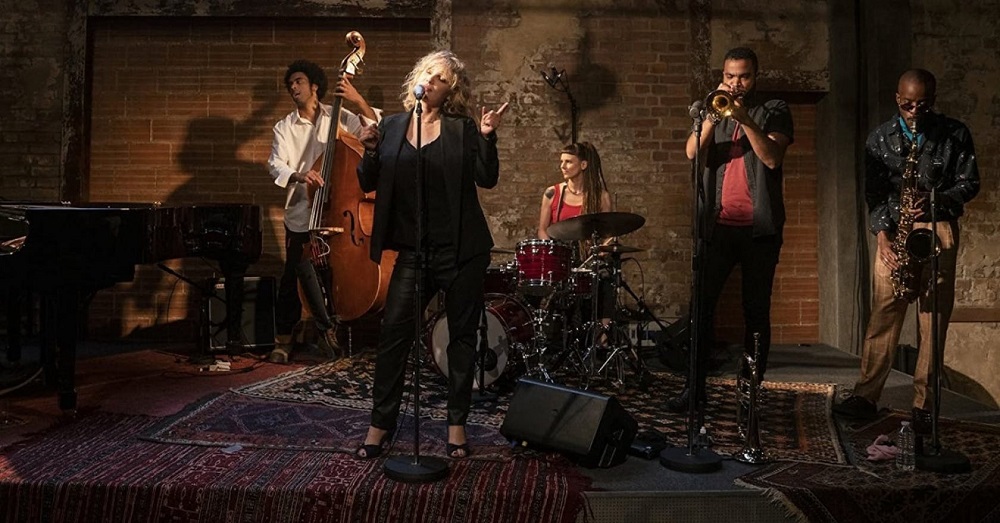 Netflix’s ‘The Eddy’ follows the story of a group of people who are a part of a jazz club. Apart from their personal struggles, they have to keep the club afloat, which is caught up in dangerous criminal designs. The show introduces us to a different side of Paris, far separated from the monuments that define it for the foreigners, drowned in the magic of jazz. The characters and the story feel raw and real. Where did the inspiration for it come from? What is it based on?

Is The Eddy Based on a True Story?

No, ‘The Eddy’ is not based on a true story. The show comes from the collaboration of Grammy winner Glen Ballard, acclaimed producer and director Alan Poul, Academy Award winner Damien Chazelle, and renowned playwright and writer Jack Thorne. In a detailed interview with Film Independent, the quartet explained the origin of the series and how it came to be after years of piecing together various things.

Glen Ballard had created a bunch of songs that he thought could be turned into a story. The first song he made, for this purpose, had been around since 2007. As the melodies increased, he discovered that they needed a narrative, “an intimate setting”. He approached Poul with this idea, adding Paris into the mix. He wanted to catch the city’s “rebellious spirit”, using it is an “expression for jazz songs”. Having spent a lot of time there, Ballard knew that the diversity, the multicultural and multilingual spirit of Paris would walk hand in hand with the soul of jazz. The city had embraced jazz just as it had embraced people from all parts of the world, and above anything else, this is what he wanted to focus on.

Poul took it forward when he landed on Chazelle. He had seen ‘Guy and Madeleine on a Park Bench’, and by that time, ‘Whiplash’ had started to make some noise. Chazelle’s filmmaking knack with jazz made him the perfect person to helm it. Now, they needed someone to chalk out a compelling story to bring the characters together, which is where Thorne came in.

By the time the writer came on board, Ballard, along with Randy Kerber (who also appears in the show as the band member), had written over 40 songs, some of which found a place as the official soundtrack of ‘The Eddy’. Thorne looked for inspiration in the people who were in jazz, and he found that even though their profession wasn’t as financially rewarding, they stayed in it for the love of it. This “broke but brilliant” characteristic is what stayed in the characters of the show. Thorne also wanted the protagonist to have something in the past that he walked away from. The African-American heritage and history of jazz is another thing that the lead character was to be in sync with. The rest of the band evolved as the auditions started to expand the choices available.

When it came to telling the story, they decided to keep it in the modern Paris, as opposed to the romantic Paris of the 50s that has glued itself to the imagination of the people about the city. Chazelle wanted to “reinvent the idea of jazz in contemporary Paris”. In an interview with THR, Thorne explained the decision of not transporting jazz to another era.

“The thing that really interested Damien was 1960s new wave,” he said. “That’s what we were thinking about all the time, but it had to be contemporary. My dad was a town planner, and I’ve always been fascinated by urban planning, and the ring road in Paris is very interesting, the way that it excludes on financial and racial grounds a lot of Parisians. There’s sort of an inner circle of wealth. There’s something about Paris that is so interesting for that. So, it’s about a jazz club on the outside, just outside the ring road. [It’s about] that relationship and how the city functions and the way that crime and music and survival all sort of intercede.”

Read More: Where is The Eddy Filmed?