Netflix Review: The End of the F***ing World Season 2 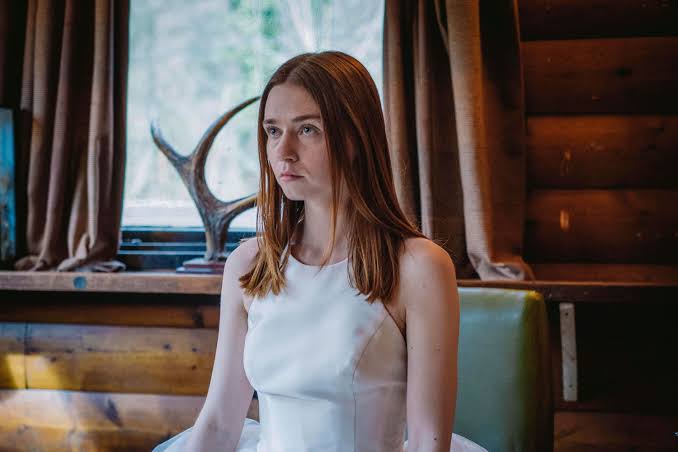 There is a reason miniseries prove to be more successful than the ones that span for years. There are a number of tricks involved in telling a story. You set your style, the pace, the characters and a basic plot in the beginning, and for one season, you can create something limited, yet close to, if not, perfect. The second seasons are generally commissioned considering the success of the first, and a number of shows seem to move forward solely because of that. And that’s where the first and perhaps the worst mistake is made. The great one season that had the best ending you could hope for is ruined by the continuation of the story. And fans have lamented this fact over a lot of years, for a number of good shows.

‘The End of the F***ing World’, which is adapted from a comic book series of the same name, became immensely popular after its maiden season. It gained a reputation for being unusual and oddly remarkable. The depiction of two bizarre teenagers and their equally peculiar love story reached a fitting end at the finale of the first season. The show was hailed for its brilliance, received cult status amongst viewers, and the ending became a topic of discussion due to its ambiguity. But that was the point of it; like any good story with an uncertain ending, TEOTFW performed the trick that eludes even the best of shows. It ended on a high note.

But then, another season was announced, and this got the fans apprehensive. They didn’t want the series to join the league of the ones that had already been spoiled because of unnecessary stretching of the story. To be honest, I went into the second season with the same concern. ‘What if it’s not good enough?’ After finishing all eight episodes in one go, all of my fears were calmed. I am glad to say that of all the feelings that this season delivers, disappointment is not one of them.

The fact that the comics ends exactly, though not so identically, at the same point where the first season wrapped up had me worried about the second season. As it happened with ‘Game of Thrones’, where the deviation from the source material because they didn’t have any more to draw from, led to a steep downfall in the storytelling. Had something similar happened with this one, I would probably have stopped watching the book to screen adaptations. But thankfully, TEOTFW showed that with time and effort consistency can be maintained.

The second season picks up some time after the events of the previous finale. After what happened on the beach, Alyssa has settled for what she could call a shitty way of life, but also the one that keeps her out of trouble. However, the ghosts of the past won’t leave her alone so easily and she is forced to confront her demons if she wants to make peace with them.

TEOTFW Season 2 is a delight to watch. Walking in the footsteps of its predecessor, it exhibits a bleak sense of humour which effectively showcases the traumas and the struggles of its characters. The actors have adopted their roles with dexterity, and the twitching of their lips and rolling of eyes says everything they mean to convey. The writing is the real hero here. It allows enough room for the actors to expand their characters but also prevents the story from needlessly straying from its path. It does stagger a bit but takes it into the stride in such a way that you might not even notice it, at times.

If it is to be compared to the first season, it comes close but doesn’t succeed in surpassing it. And it’s not because this time around there is some flaw or inadequacy in it. Its predecessor had an element of surprise. It was something original and different and took its time to perform its tricks. In itself, it was a complete story. This time, however, there is familiarity, which in turn, gives rise to predictability. You have already embraced its oddities, and it is only for so long that something can remain unusual. But all of this doesn’t make this season any less enjoyable.

Just like its first season, the show has managed to tackle various themes in an effective manner. Bad parenting, wrong decisions, deceit, PTSD and depression find their way in the lives of the characters, along with other usual things that every adult goes through. It still has the dark appeal and a queer charm that makes it so lovable. So, if you have been avoiding the second season or have decided to never watch it because you don’t want the first one spoiled for you, then let go of these qualms and enjoy the show.