When Will The Expanse Season 5 Premiere on Amazon Prime? 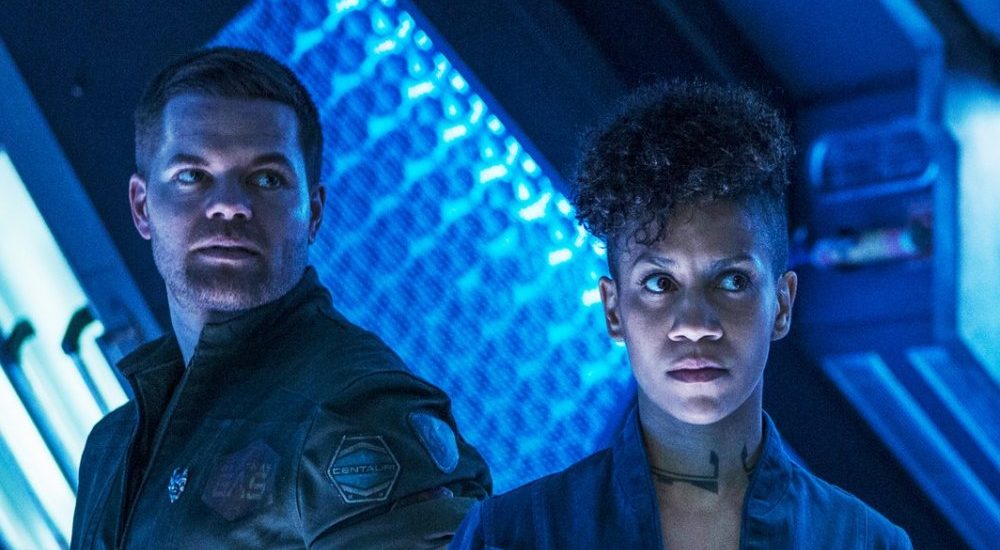 ‘The Expanse’, a sci-fi tv series, is developed by Mark Fergus and Hawk Ostby. Based on the eponymous novel series, written by James S. A. Corey, the events of this futuristic show are set in an era where humans have taken control of the Solar System. However, the current political scenario is unstable and the whole colony is in a type of Cold War-like equilibrium.

To ensure that this delicate peace is not disrupted and to ascertain that humanity survives, an unlikely group of antiheroes, consisting of United Nations Security Council member Chrisjen Avasarala, cop Josephus Miller, crew officer James Holden and his team, decide to put an end to this deadly conspiracy.

‘The Expanse’ originally premiered in 2015 on SyFy. But the channel cancelled the series after three seasons, after which Amazon Prime picked it up for the fourth season, which debuted in December 2019. The show has received immense praise for its character arcs, visuals, and the depiction of political narrations. It has also been honored with several awards. So the next question that naturally arises is, whether there will be a ‘The Expanse’ season 5. Read on to know all about it.

The Expanse Cast: Who’s in it?

Dominique Tipper is Naomi Nagata, a Belter engineer who previously worked in the Canterbury, but now serves as the engineer of the Rocinante. Wes Chatham plays Amos Burton, a mechanic on the Rocinante.

There are several other cast members who star in additional recurring roles. New cast additions in the fourth season include Lyndie Greenwood (‘Sleepy Hollow’) as Elvie, Rosa Gilmore (‘The Other Two‘) as Lucia, Keon Alexander (‘Tyrant’) as Belter, and Jess Salgueiro (‘Saving Hope’) as a security officer.

The entire lead cast is expected to reprise their original roles for season 5.

The Expanse Plot: What’s it about?

‘The Expanse’ transports us to several centuries in the future when humans have colonized the Solar System. The story begins by introducing us to police detective Josephus Miller (Thomas Jane), who is sent on a mission to locate a missing woman named Julie (Florence Faivre).

An executive from the Canterbury, James Holden, becomes a part of a horrifying tragedy that threatens to disrupt the delicate peace between Earth, Mars and the Belt. Meanwhile, Chrisjen Avasarala, who is a member of the UN, is trying her best to prevent the breakout of a war between Earth and Mars. When the three get together, they discover that all these incidents are connected through a conspiracy that threatens to wipe out humans from the face of the planets.

Season 3 concludes with the team finally solving the mystery behind the missing girl, which involves the discovery of extraterrestrials and other lands. The fourth season picks up the story from here and follows the crew aboard the Rocinante as they embark on a new mission to trace existing worlds beyond the Ring Gate. The show’s official synopsis reads as: “Humanity has been given access to thousands of Earth-like planets, which has created a land rush and furthered tensions between the opposing nations of Earth, Mars and the Belt. While Earthers, Martians, and Belters maneuver to colonize Ilus, the first of these planets, larger dangers await the explorers.”

Season 4 begins by taking us to Ilus, a new world that appears to be uninhabited. It opens gates to undiscovered star systems, a revelation that puts humanity in chaos — with people struggling to adapt to the new class divisions and oppressive politics. An energy company named RCE deploys a team to carry out research for mining on Ilus — a mission which becomes complex when refugees from the Asteroid Belt station Ganymede, who do not have any land under their claim, create a blockade. Hence, Chrisjen Avasarala dispatches the Rocinante and its crew to resolve the issue — setting up the stage for a new storyline.

In short, the season explores the dangers of ruthless colonization even in space that embraces the disturbed political landscape. Season 5 carries the same plot forward and revolves around the Nemesis Games and Babylon’s Ashes.

The Expanse Season 5 Release Date: When will it premiere?

Now, as far as another season goes, you would be elated to know that Prime had already announced its renewal for a fifth installment during the Television Critics Association summer press tour on July 27, 2019 — much ahead before the premiere of the fourth season. Head of Amazon Studios Jennifer Salke confirmed this news, alongside renewals for ‘Carnival Row‘, ‘Jack Ryan‘, and ‘The Lord of the Rings‘.

Even though no release date was revealed in the announcement, ‘The Expanse’ season 5 is most likely to premiere sometime in December 2020.

You can watch the official trailer for season 4 below:

Read More: Where Was The Expanse Filmed?