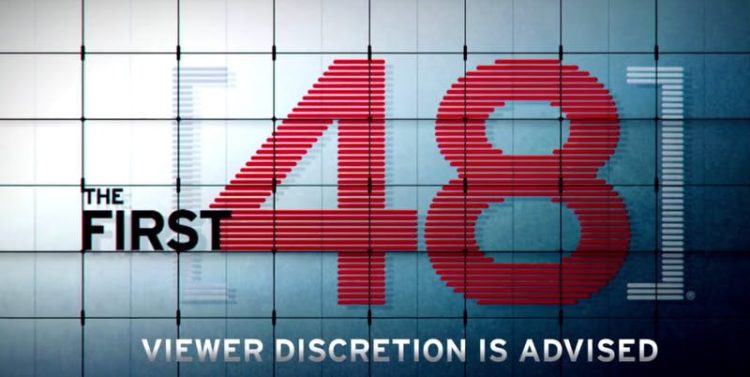 The First 48 is a documentary series narrated by Dion Graham that follows detectives into the first 48 hours of their investigation of homicide cases. Detectives take help from eyewitnesses, comb through surveillance footages, employ advanced investigative techniques and use forensic evidence to pin the suspects. Their goal is to gather as much evidence as possible that would lead them to the culprit within the first forty hours of the crime being committed.

The series also showcases interviews of witnesses and other key persons related to the victim or the crime. Most cases remain unsolved for weeks or sometimes even months as detectives lay in wait for the killers to make a wrong move. The First 48 has given birth to five spin-offs which include The Killer Speaks, After the First 48, The First 48: Missing Persons, Marcia Clark Investigates: The First 48 and a special SWAT. Each of these series more or less focus on the aftermath of the crimes from The First 48 where victims, survivors, or the convicted felons provide first-hand accounts into the solved cases.

The first season of this documentary crime series was telecast on A&E network on 3rd June 2004. Since then, the show has completed 18 seasons and is now in the middle of its 19th season. Here’s everything we know about The First 48 Season 19.

The First 48 Season 19 Episodes: Where to Watch?

The First 48 season 19 premiered on January 2, 2020. Like previous installments, this season too is expected to last for close to 30 episodes and will continue till end of the year. The show is also expected to go on a mid-season break sometime in May 2020. You can watch all the First 48 episodes on A&E

Dion Graham is the main narrator of the documentary series. He has constantly appeared in the serious throughout its 18 seasons. He is an actor best known for Malcolm X (1992), The Wire (2002) and Walter Mitty (2013). Dion has never been in the headlines for the wrong reasons. Besides acting, he has made contributions to various other fields. Some of his other acting credits include Love Her Madly (2017), Candy Lady (2018), Cold & Callous/Dark Corners (2018), Blind Alley (2017) and Dangerous Attraction. Some of his appreciated voice acting stints include Star Wars where he voiced several characters. He has played Michonne in The Walking Dead. He has received an ALA Odyssey award, Publishers Weekly Listen Up award for his work.

What is The First 48 about?

This unscripted show follows homicide detectives who solve cases taking into account the first 48 hours of the crime after its committed, and hence, the title. The first 48 hours are said to be the most crucial hours for any detective. It is believed that if a crime is not solved within the forty-eight hours, the chances of nabbing the culprit red-handed drops considerably. Although cases that go unsolved in its first forty-eight hours can stretch for several weeks, months and years, the format of the show is designed to focus on those first crucial hours only. It is a non-fiction show where the cameras mostly follow action rather than focus on producing the action.

The show reveals that the truth is stranger than fiction. As the detectives follow leads through various twists and turns, more often than not, they ultimately succeed in pinning the person responsible for the crime. This series is well-edited, and each episode provides an inside and thorough look at the real-life world of homicide detectives. Now and then, the plot focuses on one or two homicides from different cities. Betrayals and deceptions are not uncommon on the show. While some witnesses request for their voices to be changed and faces to be blurred, others are more daring. Despite that, the show has been criticized for revealing the witnesses’ on global television and putting their lives in danger.

The show has given birth to controversies for allowing unprecedented access to police departments. A November 18, 2009 case revolving around a resident of Miami, Taiwan Smart declared Smart guilty of second-degree murder of his roommates. It was revealed later that the case was misinterpreted and Smart was falsely accused of the crimes. The episode, ‘Inside Job’ has since been a subject of controversy with Smart suing the channel and the state of Miami since her release in 2011. 7-year-old Aiyana Jones ended up dead during a SWAT raid on May 16, 2010, and a Detroit police officer was charged with the involuntary manslaughter of the Detroit girl. A&E camera operator, Allison Howard denied the incident and was sentenced to two years of probation for committing perjury. Read More: Best Investigative Journalism Movies