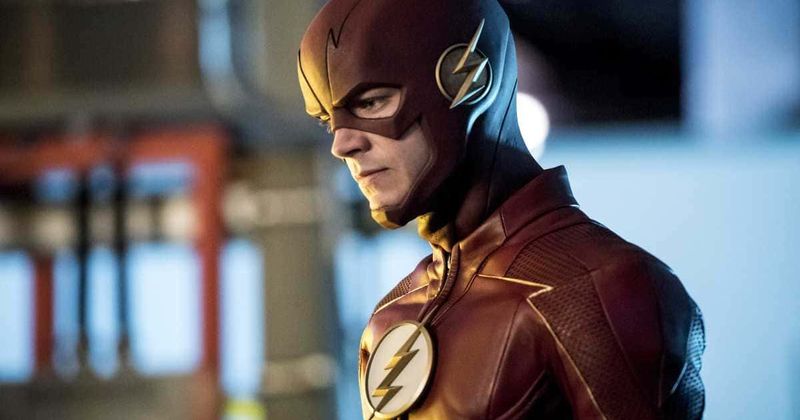 One of the most popular superhero shows on tv right now, ‘The Flash’ first premiered in 2014. Created by Greg Berlanti, Andrew Kreisberg, and Geoff Johns, the show is based on the DC Comics character Flash/Barry Allen, and is a spin-off of the hugely popular show, ‘Arrow’. The show traces the origin story of Flash, and follows the superhero’s adventures afterwards. In terms of reception, ‘The Flash’ is a critically acclaimed show and enjoys a brilliant overall score of 89% on Rotten Tomatoes. Viewers, too, appear to have loved the show, and it has an overall rating of 7.9/10 on IMDb.

When ‘The Flash’ first premiered as a pilot, it became the most-watched premiere in the history of The CW, after ‘The Vampire Diaries’ in 2009. The network was quick to renew the show for another season. Season 2, subsequently, made its debut on October 6, 2015 and, a year later, Season 3 followed with a debut on October 4, 2016. ‘The Flash’ returned again with Season 4 on October 10, 2017, and was followed by Season 5 on October 9, 2018. Mid-way through Season 5, on January 31, 2019, The CW renewed the show for a sixth season, which premiered in October 2019. Here’s everything we know about The Flash season 6.

As far as the future of the show goes, fans should know that the show has always enjoyed great viewership ratings. Given this fact, the network is unlikely to pull the plug on the show, and it would not be wrong to expect more seasons in future.

The Flash Cast: Who’s in it?

The show revolves around the titular character, his close friends and colleagues, and the villains he battles.

In Season 6, Sendhil Ramamurthy joined the show as a toe-curling new villain, Bloodwork, aka Dr. Ramsey Rosso. He is introduced as a former colleague of Caitlin’s (Danielle Panabaker), and he’s described as “a brilliant physician with a genius intellect, and the world’s leading expert on hematological oncology”.

The Flash Plot: What is it about?

The show begins with Barry witnessing the supernatural murder of his mother, and following the murder, he is taken in by Joe West’s family. Growing up with a cop, Barry grows into a brilliant yet socially awkward crime scene investigator for the Central City Police Department. However, Barry’s life is upended when a particle accelerator in the city malfunctions during a thunderstorm, charging the lightning with radiation. During this mishap, Barry gets struck by lightning. When Barry wakes up from a coma later, he finds that he can travel at immense speeds, and he vows to use his powers to defend Central City from evil. From there on out, Barry embraces his alter-ego as the Flash, and apart from fighting crime, starts pursuing his mother’s murderer.

As the show progresses, the Flash emerges as a hero and protector of Central City, but Flash’s abilities are put to the test when he has to battle another speedster, Zoom, who arrives at Central City from a parallel universe. After a long-drawn battle to beat Zoom, Flash succeeds, and then he goes back in time to prevent his mother from being murdered. Barry’s meddling with time then creates several new problems, and though Barry is able to restore the present timeline to an extent, he also has to contend with a new superpowered threat called Savitar. Things get even more complicated with the arrival of Iris’ long-lost brother Wally West, who starts to develop superpowers and suits up as Kid Flash.

Later in the show, Barry is forced to leave Central City for reasons we are not revealing (we’re trying not to give you spoilers), leaving Vibe and Kid Flash to defend Central City. However, Vibe and Kid Flash are easily defeated when a new superpowered foe arrives and demands a battle against Flash. At this point of time, Barry returns and takes on the new threat, The Thinker, who has the fastest mind on Earth. After foiling The Thinker’s evil schemes, Flash again has to face a new threat called the Cicada, who emerges after the arrival of Barry and Iris’ superpowered daughter from the future.

Here’s ‘The Flash’ season 6 trailer to get you excited.