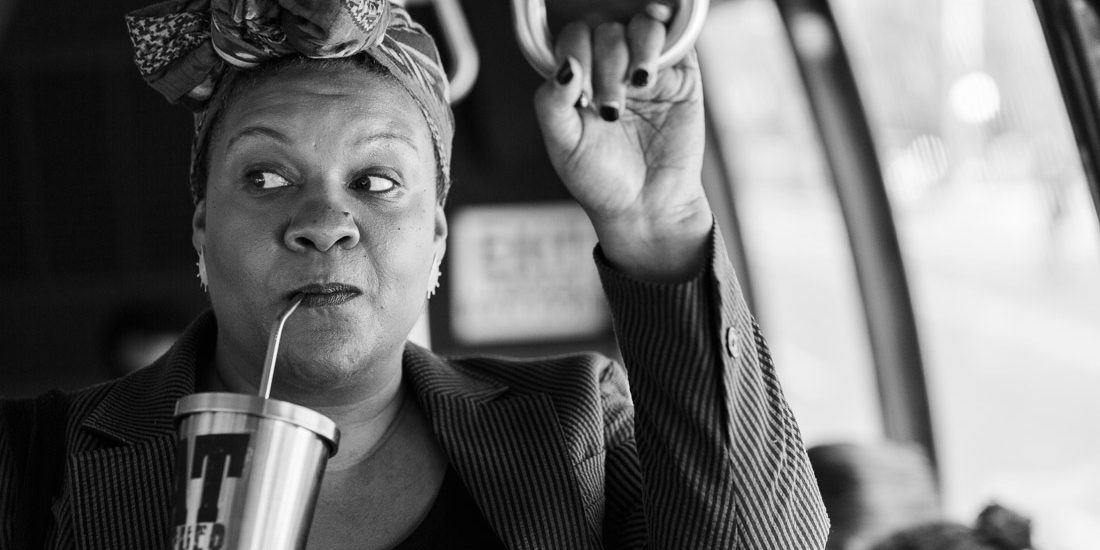 Netflix’s ‘The 40-Year-Old Version,’ a semi-autobiographical film which New York native Radha Blank wrote, directed, produced, and starred in, revolves around a struggling playwright who finds a new outlet for her creativity in rapping. Filmed in New York on a 35-millimeter black-and-white film, the movie offers a critical but humorous perspective on the predominantly white theater establishment. It also gives a more subtle commentary on the multi-ethnic counterculture.

Also titled as ‘The Forty-Year-Old Version,’ the movie originally premiered at the 2020 Sundance Film Festival, where it earned Blank the U.S. Dramatic Competition Directing Award. It was released on Netflix for the streaming service’s global audience on October 9, 2020. SPOILERS AHEAD!

Radha was once a promising playwright, even winning a 30-under-30 Award. But those days are long behind her, and she is gradually vanishing into obscurity. Despite the best efforts of her agent and childhood friend Archie (Peter Kim), none of her plays has been staged in recent years. To support herself, she has accepted a job as a playwriting teacher at a local school. Response to her teaching and authority varies from one student to another. While some worship the very ground she walks on, others are more confrontational, having read all about her career on the internet. There is even one who wants to sleep with her.

Archie arranges a meeting between her and a renowned theatre producer Josh Whitman (Reed Birney), at a party. Although she is reluctant at first, she eventually gives in. During their conversation, her play, ‘Harlem Ave,’ eventually comes up. Whitman says that the play feels inauthentic and even goes on to tell her that he questioned at times whether a black person really wrote it. After he informs her that he is looking for a writer for his Harriet Tubman musical, she attacks him.

Frustrated and discouraged, Radha finds a different creative outlet – rapping. She quickly discovers that she can channel her playwright credentials into writing verses. Through social media, she finds a producer in Brownsville whose beats she likes and goes to meet him. The young producer, D (Oswin Benjamin), is impressed by her powerful verses. In time, a relationship begins to develop between the two. This is when the theater world comes calling again. Archie informs her that he has somehow convinced Whitman to forgive her for the attack and produce the play.

With the help of D, Radha begins to explore the thriving counterculture that exists around rap. But her first time on stage ends in a disaster. She then decides to go back to what is familiar to her. She accepts the changes that Whitman wants to introduce to her play and begins working on the production. She initially wanted a black director to helm the project but is told that no one is available. Bit by bit, these small changes pile up, and soon enough, the play is so different from the original that she can’t even claim that she wrote it.

A subplot in the film involves her recently deceased mother and how she is coping with grief. She ignores multiple calls from her brother to visit her mother’s apartment so that they can go through her belongings together. Eventually, she does muster enough courage to confront her sense of grief, and in turn, is rewarded with a moment of catharsis.

Right before the opening night, she and Archie have a big fight, after she again complains to him about the changes brought to her play by Whitman, and he reveals that he had to have a sexual encounter with the much-older theater producer for him to even consider working with Radha again. Radha announces that she will not be going to the premiere of the play.

In the hours leading to the premiere, Radha considers her options. She has this hilarious conversation with the homeless man who lives on the sidewalk across from her apartment, and he tells her harshly that he is not some former artist who can give her advice at this critical point in her life. Ultimately, she does decide to go, although she never enters the auditorium. Her students, brother, and Archie are present in the audience. The play is a hit. When she is called on the stage to greet the audience, she decides to speak her mind.

She says that every playwright is fearful that they would write something as horrible as this (indicating the play). She states that since her mother’s death, she has become afraid, acknowledging that she has turned into a sell-out. She then starts rapping in a way that claims back her space, creativity, and courage. Just before she leaves, Radha and Archie amicably part ways. The movie ends with her going back to D’s home. It is indicated that she will continue pursuing music.

Read More: Is The Forty-Year-Old Version a True Story?