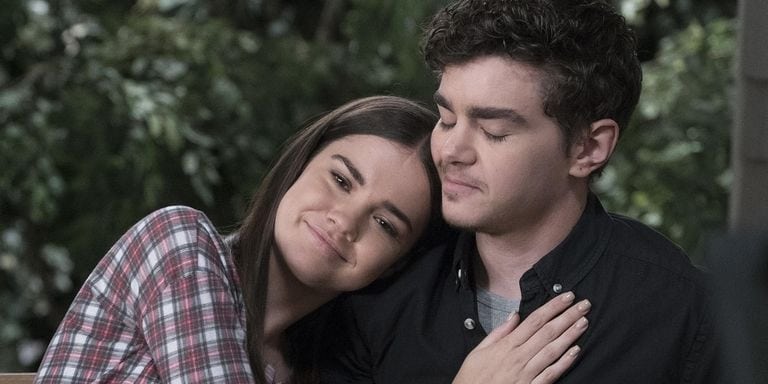 ‘The Fosters’ is an American family drama TV series based on a loving lesbian couple, their four adopted children and one biological son from one of the partner parent’s ex-husband. This family of seven share a very warm, understanding and affectionate relationship. The series airs on Freeform and first premiered on June 3, 2013. From the pilot itself, the viewers saw the family grow and how relationships evolve.

The show has been created by Bradley Bredeweg and Peter Paige, two openly gay people, which is why the treatment of LGBT issues on the show has been so nuanced. The showrunners spoke about this, saying that they wanted to show a modern American family, and though the initial plan was to have two gay dads as leads since the perspective was more familiar to them, they decided to go another way. Bredeweg said, “We realized that there was a kind of a vacuum when it came to stories about women raising families. So we set off in that direction. Many of our own friends are moms raising biological kids. Some of them have fostered and adopted. Suddenly, we realized that we had a story here that hadn’t been told on television before.” Critics picked up on this as well, and Entertainment Weekly praised the show for breaking new ground, saying, “[s]eeing a lesbian, biracial couple on a family TV show is a big deal. [I]f you look at the demographics of most TV shows, it’s easy to realize how important, and deliberate, this choice was.”

The Fosters Cast: Who is in it?

The main characters of ‘The Fosters’ includes Stefanie “Stef” Marie Adams Foster and Lena Elizabeth Adams Foster, played by Teri Polo and Sherri Saum. You might recognize Teri from ‘The West Wing‘ and Sherri from the various roles in shows like ‘CSI‘, ‘Agents of SHIELD‘, and ‘Code Black‘.

Stef is shown to be a cop working for the San Diego Police Department, where she partners with Mike, her ex-husband. She is Brandon’s biological mother, and the adoptive mother to Jesus and Mariana, the twins. The patrol officer is now married to Lena and is known for her strong opinions and unflinching personality. This, of course, brings us to Lena, the vice principal of Anchor Beach Community Charter School. Their children attend this school, and between Stef and Lena, she is the coolheaded one, more open to suggestions, but Lena can be as strict as Stef when it comes to wrongdoings by the children.

This brings us to the many kids of the Foster household. Firstly, we have Brandon, played by David Lambert. Brandon is the eldest child in the family and a musical virtuoso, showing a special talent for the piano. However, a series of mishaps ruin his chances of greatness. He also develops an infatuation for Callie, a girl that is taken into the family. They do not pursue this once Callie is adopted. Callie, played by Maia Mitchell, is the eldest adopted daughter. The other children include the twins Jesus and Mariana. While the latter is played by Cierra Ramirez, the former is played by Noah Centineo, who became everybody’s darling after his roles in ‘To All the Boys I’ve Loved Before’ and ‘Sierra Burgess Is a Loser‘. The only other Foster child left is Jude, played by Hayden Byerly, Callie’s maternal half-brother.

Mike, played by Danny Nucci of ‘The Rock’ and ‘Titanic‘ fame, appears frequently as well, when he visits his son Brandon.

The Fosters Plot: What is it about?

‘The Fosters’ is basically revolves around the lives of Stef and Lena, and their multi-ethnic and blended family. The events mostly unfurl in the quiet San Diego suburb and the school where Lena is the vice principal.

We see the family trying to cope with Stef’s biological son and the adopted twins. Adding to this are two children they take in and later adopt. Managing one child is tough, think what it must be like for two working moms to manage five children. The going gets tough inevitably, which is when Stef and Lena tackle the problem together, the former with her strict attitude, and the latter with her understanding and compassion.

Variety praised the show but also wrote, “Although the series has its heart in the right place, focusing on a lesbian couple raising teenage foster kids, as well as a birth child from a previous marriage, it’s an utterly by-the-numbers affair. Give the channel credit for trying, and the material feels tonally compatible with its other hours.”

The Fosters Season 6 Release Date: When will it premiere?

‘The Fosters’ Season 5 premiered on June 11, 2017. In January 2018, Freeform announced the fifth would be the last of the series. The showrunners used this opportunity to give a proper sendoff and set up the stage for a spin-off titled ‘Good Trouble’.

A network executive commented on the cancellation saying, “After watching this family grow and evolve over the last five seasons, we ultimately decided it was time to see the kids grow up and send them out into adulthood to face new challenges. We knew that by following Mariana and Callie to Los Angeles we could continue to build on ‘The Fosters’s’ legacy, all while focusing on that pivotal moment in a young adult’s life when they’re trying to find their place in the world.”

Thus, ‘The Fosters’ Season 6 stands canceled, unless some other network decides to pick up the show and continue the story.

You can watch the trailer for ‘The Fosters’ season 5 below.

Tooning Out the News: Everything We Know