Where to Stream The Game Season 4? 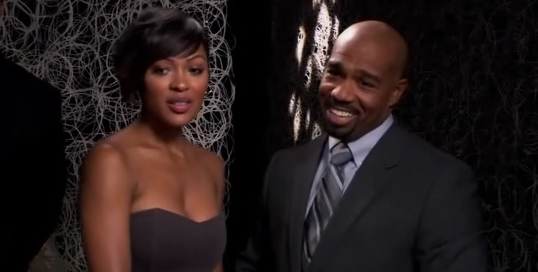 ‘The Game,’ as the title suggests, takes a look into how life is on and off the football field. The men try to hone their skills for matches, while the women in their lives keep trying to manage almost every other aspect. From sharpening their skills to ensure they get the best agents, to trying to land them the best endorsements, the ladies prove why there’s a woman behind every successful man. They also have to deal with grabbing merchandising deals and trying to increase exposure by choosing the most effective charity – all the while being wary of the numerous groupies and image consultants who are always looking to makeover players in trouble.

The show’s changed homes numerous times, over its nine-season run. Among them, Season 4 has grabbed special attention, drawing a larger number of viewers as compared to the other seasons. Curious to know where you can stream it? We’ve got you covered, right after we tell you a bit more about what goes down.

What is The Game Season 4 About?

Season 4 begins two years after what happens up until this point. As we catch up with the central characters, the drama kicks off with Melanie giving DJ a DNA test. In the process, she learns that he is not Derwin’s son.

Is The Game Season 4 on Netflix?

Netflix keeps an impressive roster of films and shows that caters to various tastes. The comedy-drama series is no exception, but the streamer does not have all seasons. If you want to check out ‘The Game,’ you can catch the first three seasons of the show here.

Is The Game Season 4 on Hulu?

Hulu stays ahead of the competition by making smart additions to the roster. If you are a subscriber, you are in luck because all nine seasons of ‘The Game’ are available on the platform. See it here.

Is The Game Season 4 on Amazon Prime?

Amazon Prime sources content from around the world, so it is no stretch to imagine that the platform might have ‘The Game’ as well. Well, you can buy the episodes individually or get the entire season at a go, if you wish to watch Season 4. Of course, we recommend getting it all at once, since it costs lesser. See it here.

Where to Watch The Game Season 4 Online?

No subscription to Netflix, Hulu, or Amazon Prime? No worries. ‘The Game’ can be streamed elsewhere as well. Head to Peacock, the streaming app from NBC, which has all nine seasons of the series. You can also catch it on CW Seed, which has all of the series as well.

Where to Stream The Game Season 4 Online For Free?

Yes, ‘The Game’ can be streamed for free using various options. You can watch it during the trial periods offered by Hulu or Peacock. However, we suggest you catch it on CW Seed, because it is free for all, and you don’t need a subscription. That said, we urge readers to pay for any art they consume.